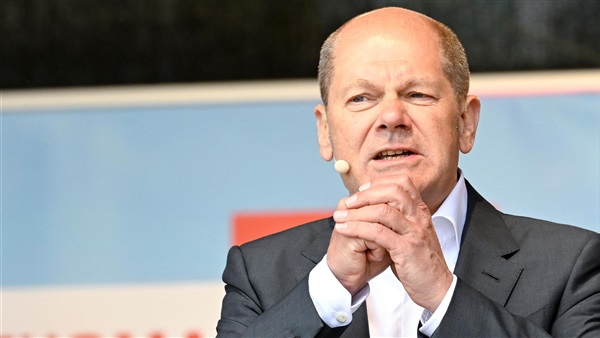 Olaf Scholz, the German chancellor, has taken a drubbing at the hands of voters in the worst result ever recorded by his Social Democratic Party (SDP) in the key state of North Rhine-Westphalia.

The party’s poor performance in elections in Germany’s most populous region, once an SPD stronghold, is a blow for Scholz, 63, who is under growing criticism for his response to Russia’s invasion of Ukraine.

Exit polls put the conservative Christian Democrat CDU on 36 per cent, with the SPD trailing on 27 per cent — a historic low that will be seen as a key indicator of the political mood in Germany. Hendrik Wüst, 46, the Christian Democrat leader in North Rhine-Westphalia, Germany’s industrial heartland, hailed a “clear vote of confidence”. He said: “People have clearly made us the strongest force. That is the mandate.”

Scholz had played a prominent role in the election campaign but his involvement appears to have done nothing to help the SPD candidate, Thomas Kutschaty, 53.

Kutschaty admitted that the result was disappointing but expressed hope that the Greens, who almost tripled their vote to 18.2 per cent, would form a coalition with his party. “Our result is below our expectations, we wanted to be the strongest party — we didn’t succeed,” he said.

The result comes after weeks of political sniping over Scholz’s dithering on the war in Ukraine, especially his hesitancy to provide heavy weapons for Kyiv. North-Rhine Westphalia includes the major cities of Cologne, Bonn, Düsseldorf, Essen and Dortmund and the last election in 2017 was won by Armin Laschet, who went on to lead the Christian Democrats to a defeat against Scholz at the end of the Merkel era.

At the federal level, Scholz’s SPD has formed a government with the Greens and the liberal FDP after winning last September’s general election.

His performance has been eclipsed by the Greens and the party’s leaders — the vice-chancellor Robert Habeck and foreign minister Annalena Baerbock — are now Germany’s most popular politicians.

Scholz’s SPD also took a beating at the hands of voters in the small northern region of Schleswig-Holstein last week and the latest defeat in North Rhine-Westphalia will alarm his party, which chose him as a safe candidate regarded for his competence.

“He screwed it up,” concluded the Bild am Sonntag newspaper last night. “The people are annoyed by the lack of decision-making in the Chancellery.”