Russia takes battle into space and targets GPS in Ukraine 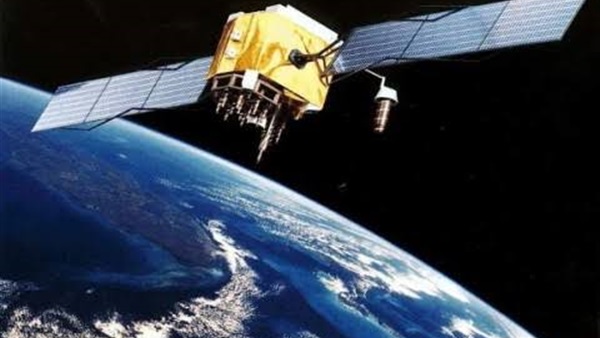 Moscow’s behaviour in space is becoming “increasingly hostile”, the head of US space command has warned as he raised concerns about frequent attacks on GPS satellite signals.

General James Dickinson said that attacks on space capabilities such as GPS (global positioning system), which is used for navigation, mapping and timing, had become “part of our daily life for people and nations all around the world”.

Russian forces have been accused of using jamming systems to target GPS signals in Ukraine, with experts saying that the technique has become a “common tool in Russia’s arsenal”. Ukrainian military sources said that various jamming systems had been deployed by Russia since the start of the February war and that they had initially affected communications around Chernihiv in northern Ukraine.

GPS technology, which plays a key role on the battlefield, uses satellites to calculate the position of a GPS receiver. Assuming that at least four of the 30 satellites placed in orbit by the US government have an unobstructed line of sight to the receiver, the GPS device can retrieve the position of the system in all weather conditions.

In addition to its many commercial uses, it is used for drone reconnaissance and launch coordinates. Interference with GPS signals, through jamming or “spoofing”, can prevent people, vehicles, ships and aircraft from determining accurate locations, with potentially devastating results.

Russian troops moved jamming equipment into the areas where troops were massing before the invasion, according to a report on space threats by the Washington-based think tank the Center for Strategic and International Studies. It said that Russian forces were “actively using GPS jamming and other forms of electronic attack in the escalating conflict in Ukraine”.

“GPS jamming has become a common tool in Russia’s arsenal, and the Russian military has frequently jammed GPS signals in Ukraine since 2014,” the think-tank said. “Well before the invasion began [in February] Russia was actively jamming GPS signals throughout the area.”

General David Thompson, US Space Force vice chief of space operations, told NBC in April: “Ukraine may not be able to use GPS because there are jammers around that prevent them from receiving any usable signal.”

In March photographs emerged of a Russian R-330ZH Zhitel — a GPS jamming and radio reconnaissance station — destroyed by Ukrainian fire. The Ukrainian authorities requested that citizens help them to find the powerful systems.

GPS jamming has not been limited to Ukraine. In March the Finnish authorities said that aircraft flying near the Russian territory of Kaliningrad and near Finland’s eastern border with Russia noticed interference with their GPS signals. The interference began soon after President Niinisto met President Biden in Washington to discuss closer ties between Finland and Nato.

Air Vice-Marshal Paul Godfrey, first commander of UK Space Command, told the Defence Space 2022 conference yesterday that the loss of GPS was a “very, very difficult problem” and referred to the Blackett Review of 2012, which warned that a large-scale GPS failure would cause damage worth £1 billion a day to the British economy.

He said the UK was looking at other options that could provide timing signals, warning: “That signal [GPS] is easy to jam.”

Also speaking at the conference, Dickinson said that Russia and China “present the most immediate and serious threat” to US and allied space operations because of their “active development, testing and deployment of counter space capabilities”.

He accused Russia and China of carrying out “destructive” anti-missile tests in space, as well as testing “dual-use” satellites that can interfere with other satellites.

The head of the RAF said that Russian satellites were continually making close approaches to other satellites, possibly to spy on them or for “rehearsing something more sinister”.

Air Chief Marshal Sir Mike Wigston, chief of air staff in the RAF, said: “Any loss or disruption to our satellite services would have a disastrous effect on people’s day to day lives. We cannot be complacent.” He said that the West was facing daily cyberattacks and dubious “sub-threshold” activity in space.

Yesterday the UK, the US and the EU publicly blamed Russia for a cyberattack on the American communications company Viasat an hour before Putin’s invasion of Ukraine. The attack was aimed at the Ukrainian military but hit civilian internet users in Ukraine and central Europe.