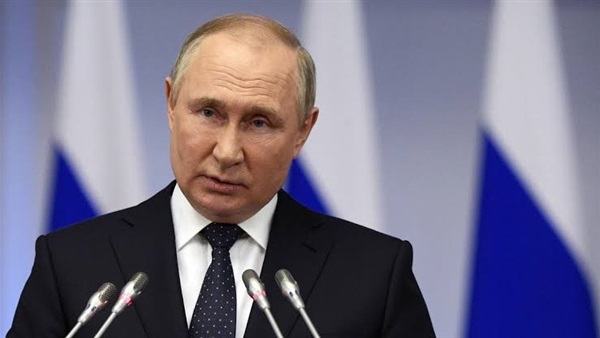 President Putin has sidelined Russia’s spymasters in the war against Ukraine and replaced them with military intelligence chiefs, including a former special forces officer accused of being behind the Salisbury poisonings.

The Federal Security Service (FSB), the country’s main spy agency, has been blamed for intelligence failings that blighted the botched invasion.

Responsibility for espionage activity in Ukraine has been passed to the GRU, the rival military intelligence service, according to a report by Russian security analysts.

The GRU, which is a branch of the army and maintains its own special forces units, has been implicated in brazen operations around the world, including attempted coups, assassinations and sabotage of critical infrastructure. The British authorities named two of its agents, Anatoly Chepiga and Alexander Mishkin, as the prime suspects in the attempted poisoning of Sergei Skripal, a defector and former GRU officer, and his daughter Yulia in Salisbury in 2018.

Vladimir Alekseyev, the first deputy head of the GRU, who was named as one of the chief organisers of the Skripal assassination attempt, is now in charge of intelligence operations in Ukraine.

Unlike most members of the FSB, Alekseyev, 61, is a former special forces officer who has seen military action. “Fellow officers regard him as brutal and self-confident to the point of recklessness,” said Irina Borogan and Andrei Soldatov, Russian security experts, in a report for the Centre for European Policy Analysis, a Washington think tank.

After being made first deputy head in 2011, he was responsible for co- ordinating military action in Syria and Donbas. He was placed on the US sanctions list because of his suspected involvement in Russia’s meddling in the 2016 presidential election and was sanctioned by the EU because of the Salisbury attack.

Ukrainian intelligence has put Alekseyev — who was born in Soviet Ukraine — on its list of war criminals and released personal details including the location of his Moscow home. Officials said he had been responsible for gathering information used to launch missile strikes on civilian targets in Ukraine and had overseen sham referendums in occupied territory.

Russian state media gave an inkling of the shift in the responsibilities of the spy agencies. In a programme entitled Generals of Victory, aired last week on the Tsargrad television channel, Alekseyev was identified as the intelligence commander for the Ukraine “special military operation”.

Though less well known than the FSB, the GRU has been in the ascendant since the appointment of Sergei Shoigu as defence minister a decade ago. With ambitions to extend his brief into Russian foreign policy, Shoigu has increased the number of GRU operations abroad.

The GRU’s rise has precipitated a humiliating fall from grace for the FSB, which was charged with intelligence-gathering and political agitation in Ukraine in the years leading up to the invasion. The agency has close ties to Putin, who served as its director in the year before being made president and worked for many years for its predecessor, the KGB.

Under Putin the FSB has been gradually expanded and oversees much of Russian life with a remit that encompasses propaganda, surveillance and border control. Although the agency is officially a domestic security service, akin to MI5, its Fifth Service division was set up at the end of the 1990s, when Putin was director, with a brief to carry out operations in the countries of the former Soviet Union.

In March, after a string of blunders in the early days of the invasion, the head of the Fifth Service, Sergei Beseda, was sent to Lefortovo prison, where Stalin kept many of his disgraced aides. A purge of about 150 FSB officers was conducted last month.

Beseda, 68, has recently returned to work at the Lubyanka, the agency’s imposing neo-baroque office, according to Borogan and Soldatov.

“But putting Beseda back in his office doesn’t mean Putin trusts the FSB, or Beseda’s service in particular on Ukraine, as the Alekseyev appointment makes clear,” the report said.

“It is the gung-ho forces within Russia’s spy community that are now charged with plucking victory from the morass of their country’s worst military and intelligence failure since the Second World War.”

The GRU combines information-gathering with military operations. Its officers are often recruited from special forces brigades. Their training includes 14 hours a week of foreign languages alongside rigorous physical conditioning. In recent years cyberwarfare has also fallen into the GRU’s remit.