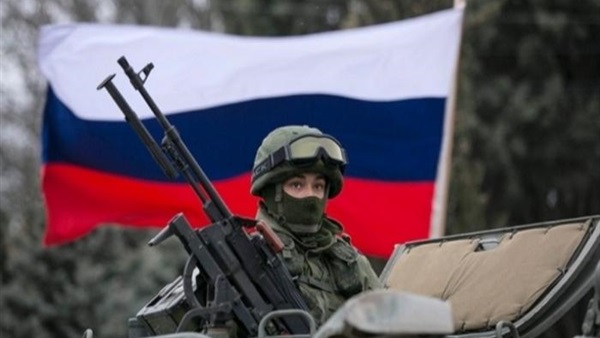 Ill-equipped Russian soldiers have resorted to the “tragic” use of pine logs as makeshift protection on logistical trucks, decades-old paper maps and GPS receivers to fly planes, the defence secretary said yesterday.

Reading out a “charge sheet” against Russian generals, Ben Wallace said they had sent soldiers to war with inadequate equipment and that their failure to adapt before entering a conflict was “criminal”.

President Putin’s forces suffered from a “moral decay”, he said, and were rotten from the chief of the general staff, General Valery Gerasimov, down.

Russian soldiers had been “worn out” and “broken”, he said, and a smaller Ukrainian force could “break the Russian army to the extent they either have to go back to [the situation] pre-February, or it folds in on itself”.

His comments were tempered by those of the outgoing head of the British Army, General Sir Mark Carleton-Smith, who said he was “not comfortable” with Wallace’s plans for an army of “just 73,000”.

Wallace announced last year that the army would shrink by 9,000 by 2025, to its smallest size since the Napoleonic era. Carleton-Smith told Soldier magazine: “It’s too small. I was working to a direction that we regrow the army to 82,000 — 73,000 is a bit of an arbitrary figure because it is just a price point.”

In a speech yesterday at the National Army Museum, Wallace listed Russian military blunders and shortages. GPS receivers — basic satellite navigation devices — had been found “taped to the dashboards of downed Russian SU-34s, so the pilots knew where they were, due to the poor quality of their own systems”. Vehicles were “frequently found with 1980s paper maps of Ukraine in them”, he added.

Cages had been crudely welded to the tops of Russian tank turrets, he said. These were intended as an extra defence against rocket attacks from above, but analysts said they added weight, made the vehicles easier to spot and gave crews a false sense of security.

Wallace said: “Russian soldiers’ futile use of pine logs as makeshift protection on logistical trucks, and attaching overhead ‘cope cages’ to their tanks — it’s nothing short of tragic.”

Many vehicles were not maintained properly and their cheap tyres were frequently “blown out”, he said.

The Ministry of Defence warned that Russia was running out of precision-guided missiles after its relentless, ten-week bombardment of Ukrainian cities. Officials said that Russian troops were being forced to rely more heavily on inaccurate “dumb” bombs more likely to kill civilians.

“As the conflict continues beyond Russian pre-war expectations, Russia’s stockpile of precision-guided munitions has likely been heavily depleted,” an intelligence update said.

“This has forced the use of readily available but ageing munitions that are less reliable, less accurate and more easily intercepted. Russia will likely struggle to replace the precision weaponry it has already expended. Russia’s invasion of Ukraine has revealed shortcomings in its ability to conduct precision strikes at scale.”

The update added: “Russia has subjected Ukraine’s towns and cities to intense and indiscriminate bombardments with little or no regard for civilian casualties.”

William Alberque, director of strategy, technology and arms control at the defence think tank IISS, said that many munitions had not exploded on impact, “we assume because the chemicals in the warheads have aged out”.

Russian forces were not told what their mission was in Ukraine until they had crossed the border, so they were unable to prepare, he said. There were reports of troops in Belarus selling the fuel for their vehicles in the week before the invasion, because they had repeatedly been told it was an exercise.

Although Putin did not announce mass mobilisation in his Victory Day speech, Wallace said he would soon run out of his contracted army, creating the prospect of mobilising other Russians.

Wallace also said that Britain would be willing to backfill — lend aircraft to make good shortfalls — if Romania or other European countries wished to send their jets to Ukraine.

In a ministry trail of his speech, published on Sunday, he had planned to say: “Putin, his inner circle and generals are now mirroring the fascism and tyranny of over 70 years ago, repeating the errors of last century’s totalitarian regimes and their fate must also, surely, eventually, be the same.”

However, the speech was changed upon delivery to omit the suggestion that Putin must suffer the same fate as Hitler.

“The war will end only when Putin will see that he cannot achieve any kind of his goals in Ukraine by force, because that’s the only language which he respects and that’s his language,” Kozyrev told TalkTV.

“So the West should continue and upgrade and double down on the military support, in the first place, and have some kind of economic social humanitarian support for Ukraine, because that’s where the end game is.”

Wallace also warned that, irrespective of the outcome of the war in Ukraine, Putin would “be around for some time” and the West must find a way to “contain him and his Russia”.

Suella Braverman, the attorney-general, became the latest UK government figure to visit Ukraine yesterday as she met her opposite number to discuss war crimes prosecutions. Iryna Venediktova briefed Braverman on Kyiv’s plans to prosecute Russian soldiers in Ukrainian courts, as well as moves to work with the UN’s International Criminal Court in the Hague.