Asylum seekers told this week they will be sent to Rwanda 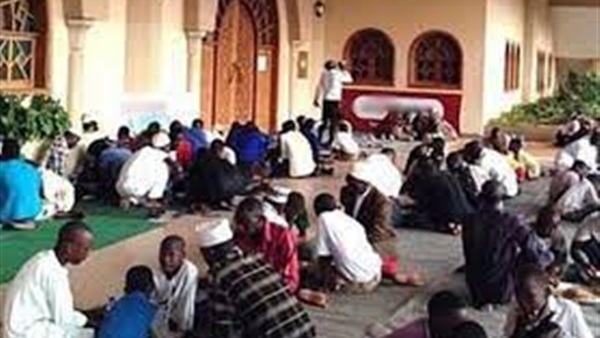 The Home Office will start telling asylum seekers this week that they may be sent to Rwanda as ministers try to kick-start the deportation scheme in the face of legal challenges.

Boris Johnson has said he wants the first flight carrying asylum seekers to take off by the end of the month, but six legal challenges lodged against the policy have caused delays.

In an effort to avoid further delays the Home Office intends to start telling people this week that they are at risk of being sent to Rwanda.

The number of people selected initially is likely to be in the dozens, to limit individual legal challenges. They will have seven days to submit legal grounds for staying in the UK. These will be assessed by Home Office lawyers before formal notification of deportation is sent.

A Home Office source said it was likely that Johnson’s deadline for the first flight would be missed and that it would be “a couple of months” before the scheme was up and running.

“There is a lot to work through and we are doing it for the first time and have to make sure we get it right,” they said. “There is a legal process we needed to follow and the priority is to do it properly.”

Senior Home Office officials have told The Times it will take several months for the Rwanda policy to start deterring migrants from crossing the Channel.

Christopher Tilley, chief of staff at Clandestine Channel Threat Command (CCTC), which brings together all Home Office agencies tasked with combating the Channel crossings, said he was not expecting a “big bang” effect from the plan to send some migrants to Rwanda, where they will be offered the chance to claim asylum.

Migrants tended to enter into agreements with smugglers between one and three months before reaching the UK, he said, so they had typically already committed a significant sum of money, often financed by debt.

Tilley and other Home Office officials believe that only those yet to enter into agreements will be influenced by the Rwanda policy. He said: “People in the system now will take their chances. They’ve got to come because they’ve paid a chunk of money.”

Asked how long it would take for the number crossing to be affected, he said: “It will be at least in the months . . . You won’t see a big bang, but all the research suggests you’ll see an effect over time.”

Carole Heginbottom, deputy director at CCTC, said there was evidence that migrants were “taking note” of the plans to send those entering the UK illegally to Rwanda.

She admitted that the policy had not yet “had too much of an effect” but insisted it was too early to say whether it would in the future.

More than 7,500 migrants have crossed the Channel this year, three times the number that had arrived by this time last year. Up to 65,000 are expected to cross in small boats by the end of the year, according to internal Home Office forecasts.

In a separate development, local authorities will no longer be able to block the Home Office from placing asylum seekers in their area under plans to slash the £5 million daily cost of housing them in hotels.

At present councils can veto attempts by the Home Office, or private contractors such as Serco acting on its behalf, to buy property in which to house asylum seekers.

A consultation paper to be published this week will set out plans for forcing local authorities to help to move 37,000 asylum seekers and Afghan refugees out of hotels and into homes as concern grows about the rising cost to the taxpayer.

The plans were delayed until after last Thursday’s local elections because of fears that they would damage the Conservative Party at the polls.