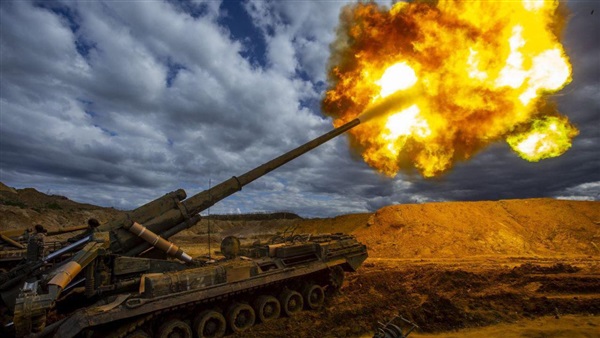 Ukrainian soldiers trapped in a besieged steel mill in the city of Mariupol have appealed to foreign governments to rescue them — and accused President Zelensky of abandoning them to the encircling Russian troops.

The message was delivered in an online press conference from the bunkers beneath the Azovstal steel plant, with Ukraine bracing itself for potential attacks today: Russia celebrates May 9 as Victory Day, in honour of the defeat of Nazi Germany in 1945.

Air raid sirens sounded across the country and at least two large cities in the south, Zaporizhzhia and Odesa, imposed curfews from last night to tomorrow morning in anticipation of Russian bombardment.

The last women and children and elderly civilians were taken to safety from the Azovstal plant on Saturday, after a week of piecemeal evacuations negotiated with great difficulty by the United Nations and the International Committee of the Red Cross.

Zelensky said in his daily address to the nation: “We are now preparing the second stage of the evacuation mission, the wounded and medical staff. Of course [only] if everyone fulfils the agreements. Of course, if there are no lies.”

One of the Ukrainian officers in the steel plant criticised Zelensky, Ukraine’s commander-in-chief, saying the government had left them on their own. “We feel abandoned somehow,” Lieutenant Ilya Samoilenko, an intelligence officer with the Azov Battalion, said. “Words of support are good from international society . . . yet you know what is more supportive? Your commander-in-chief does not fail in the southern region of Ukraine. That’s the problem, that’s one of the reasons this happened.

He told the online press conference that the defenders of Azovstal, which is surrounded by Russian troops and facing relentless bombardment by land, air and sea, could not retreat and would not surrender for fear of being killed by their captors.

“Retreat means you have a rear. We have no rear, we have only a front everywhere. We need a third party to intervene and extract the military garrison. We stand to be victims of a Russian war crime.”

About 600 civilians have been evacuated from Azovstal, including a group of 170 who arrived in the city of Zaporizhzhia last night.

Yesterday Marat Khusnullin, the Russian deputy prime minister, became the highest-ranking politician from Moscow to visit Mariupol, which has been devastated by ten weeks of intense bombardment and fighting. “Restoration of peaceful life begins in the regions,” he wrote on social media. “There’s a lot of work to be done. We will help, in particular with providing humanitarian aid.”

On the other side of the country Jill Biden, first lady of the United States, was marking Mother’s Day in America by visiting a school sheltering displaced people. She was accompanied by Olena Zelenska, wife of the Ukrainian leader.

“I wanted to come on Mother’s Day, Biden told Zelenska. “I thought it was important to show the Ukrainian people that this war has to stop and this war has been brutal and that the people of the United States stand with the people of Ukraine.”

Another foreign dignitary in Ukraine yesterday was Justin Trudeau, the Canadian prime minister, who visited the Kyiv suburb of Irpin, where Russians are accused of killing hundreds of civilians.

Oleksandr Markushyn, the mayor, posted pictures of Trudeau on social media, saying he had travelled to Irpin “to see with his own eyes all the horror that the Russian occupiers had done”.

He added: “He saw not military facilities but burnt and completely destroyed homes of Irpin residents, who until recently enjoyed life and had their own plans for the future.”