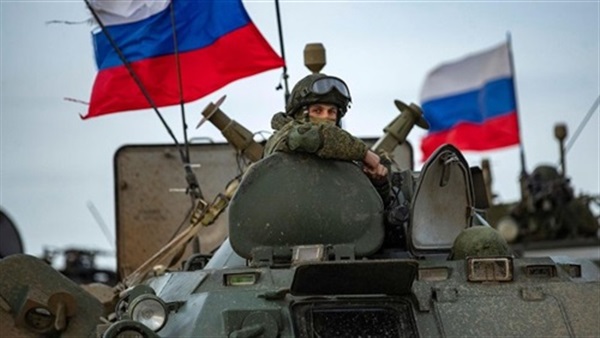 Russia is assembling an economic relief package equivalent to tens of billions of dollars to soften the blow of Western sanctions and shield its population from the financial fallout of President Vladimir Putin’s war in Ukraine.

Moscow’s measures—which focus on aid to struggling individuals and businesses—are unlikely to prevent Russia from spiraling into its sharpest slowdown in decades, economists say. But they show the deep pockets available to the Kremlin to tide the population through the disruptions of the wartime economy.

Since the Feb. 24 invasion, Mr. Putin has signed several rounds of anticrisis legislation and ordered an emergency increase in payments to pensioners, state employees and the needy to compensate for surging inflation. He has also backed state-subsidized loans to companies battered by sanctions. Such a move could provide a lifeline to factories that have halted production because of a lack of imported components, such as computer chips.

Russia can spend generously in bolstering its economy thanks to its low debt burden and ample energy revenues—even as it faces mounting costs from the war in Ukraine. In March, the first full month of the conflict, Russian federal government spending climbed 37% from a year before, driven in part by rising defense expenditures, according to data from the finance ministry. But oil and gas revenues more than doubled in ruble terms over the same period, nearly compensating for the entire increase in spending, the data show.

“The Russian government has plenty of money, because it gets a huge amount of income from oil and gas, which are at very high prices,” said Natalia Zubarevich, a Moscow-based economist. “It has enough money for both defense and supporting the population.”

Officials haven’t given a total price tag for the relief efforts or detailed how the money will be spent. Finance Minister Anton Siluanov said last month that the initial anticrisis measures would cost more than 2.5 trillion rubles, or $35 billion, including both spending and tax breaks. On Wednesday, Mr. Siluanov said the state’s National Wealth Fund—a rainy-day fund where Moscow has accumulated past oil and gas windfalls—would recapitalize flag carrier Aeroflot and rail operator Russian Railways, both of which have been hit hard by sanctions.

Another top official, First Deputy Prime Minister Andrei Belousov, has said that the authorities could provide up to 8 trillion rubles–or $112 billion–of credit to support the economy, including subsidized mortgages and loans to businesses. Speaking to lawmakers on April 13, Mr. Belousov described that level as an upper bound that the government couldn’t exceed without stoking inflation.

The Kremlin hopes such efforts will help blunt the edges of a sharp slowdown. The World Bank has forecast that Russia’s economic output will shrink by 11.2% this year, its worst contraction since the 1990s.

Shortly after the invasion, Moscow temporarily halted a fiscal-discipline rule that had required the government to funnel excess oil and gas revenues into the rainy-day fund. Under the change, such funds can be directed to support the economy instead.

Still, economists say government spending isn’t a magic bullet for Russia. Fiscal stimulus—such as the multitrillion-dollar Covid-19 legislation in the U.S.—juices economic activity by giving consumers more money to spend. But the problem Russia faces now isn’t a shortfall of demand, economists say. Instead, it is insufficient supply, because of the disappearance of many imports.

“The problem with the Russian economy is not that people don’t have money,” said Maxim Mironov, a finance professor at IE Business School in Madrid. “It’s that there aren’t enough components, because of supply-chain issues. And you can’t fix that with fiscal stimulus.”

The government will likely target its spending on Mr. Putin’s political base, including elderly Russians and public-sector employees, Mr. Mironov predicted. “They’ll do whatever it takes to ensure that people supported by the government budget and members of law enforcement feel comfortable, because that’s what the system is built on,” he said.

A severe economic crisis could pose a challenge for Mr. Putin, who cemented his popularity by ushering in a period of stability after the chaos of the immediate post-Soviet years. In recent weeks, the president has repeatedly appeared on television to champion economic relief, even as he has claimed victory in beating back the initial onslaught of Western sanctions.

Last week, Mr. Putin urged lawmakers to speed up work on increasing social-welfare payments. Such steps “are aimed at providing direct help to the most vulnerable categories of citizens—families with children and people of the older generation,” he said in televised remarks.

Some economists say the fiscal measures announced by the government so far are insufficient for the scale of Russia’s looming crisis, which they expect to worsen as companies announce more layoffs in the months to come.

“It’s clear that the economy faces hard times, and so far I haven’t seen a concrete plan to rescue the economy,” said Alexandra Osmolovskaya-Suslina, head of the fiscal-policy division at Economic Expert Group, an independent think tank in Moscow.

Mr. Siluanov, the finance minister, said last week that Russia wouldn’t borrow to fund its deficit this year. Instead the government is likely to tap its rainy-day fund, which stood at $155 billion in early April.

The government’s decision not to borrow might indicate a wariness about fueling inflation, which jumped to a seven-year high in March as sanctions ratcheted up the price of imports. Sanctions have also closed many overseas debt markets to Russia, limiting the government’s ability to run a deficit.

Russia is likely to be cautious about fiscal stimulus to avoid accelerating inflation, said Elina Ribakova, deputy chief economist at the Institute of International Finance. Any hint that Russia is printing money to finance deficits could destabilize the ruble and unleash a financial crisis, Ms. Ribakova warned.

“If they get too aggressive with fiscal spending, that is a very big risk for the country,” she said.