Paul Kagame: Despot who turned Rwanda into the Switzerland of Africa 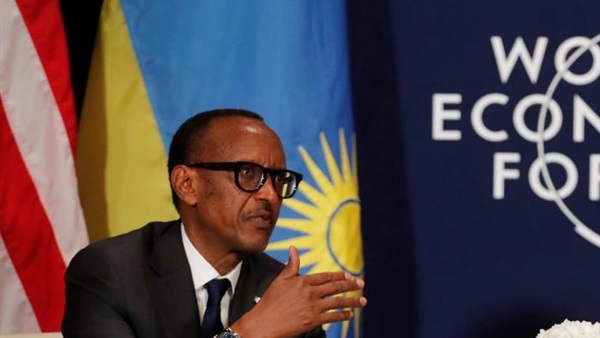 At first glance, Rwanda — a country with one of the bloodiest modern histories in the world — may seem a strange place to send vulnerable migrants hoping to start new lives as refugees in the UK.

It certainly is not the welcome the Afghans who fled Kabul when it fell to the Taliban last year would have been expecting. And if the experiment to process asylum applications there follows the results of similar deals that have been struck with Israel and Denmark, they will flee within hours of landing.

“Whatever they tell you, I have been in that unit and the conditions are awful. They [asylum seekers] will abscond and be off across Uganda into Sudan and then off to Libya. Or they will be held at gunpoint. It will be dreadful optics for the government,” said an aid worker from Britain who asked not to be named.

“Are they going to send Ukrainians, too? If they don’t the accusations of racism will come as well.”

Rwanda has a lot of refugees of its own, many more than those coming across the Channel in flimsy dinghies. Six camps spread around the mountainous central African country shelter at least 128,000 refugees from conflict and persecution in the Democratic Republic of Congo and Burundi. Some of them have been there years and are rarely allowed to leave the camps. They cannot work or travel freely.

One thing, however, is clear. No one in Rwanda, dubbed Africa’s Switzerland, will criticise this decision. There is no free press, and the internet is heavily policed. No opposition is brooked.

President Kagame is one of Africa’s most astute leaders. He is also one of its most ruthless.

His people know better than to go against him. It is alleged that Kagame has sent death squads to London, Johannesburg and Nairobi to eliminate opponents. In 2011, the Metropolitan Police issued three Rwandans living in Britain with “threat to life” certificates, warning they were in imminent danger of being murdered. The UK government barely muttered a word of protest.

In 2014 Kagame outraged the South African government when his former head of military intelligence was killed.

“Kagame is an evil genius. He has built a façade of being a success. It is all rubbish, but it began with western guilt over failing to intervene to stop the genocide,” said David Himbara, a former economic adviser, who fled to Canada in 2010.

After the end of the 1994 genocide — when more than 500,000 ethnic Tutsis were killed by Hutu militias in about 100 days — Kagame oversaw reprisal attacks in which tens of thousands of innocent Hutu villagers were also slaughtered. In 1996, he followed them into the DRC igniting the First and Second Congo Wars.

But none of this diminishes the aura he enjoys in the West.

In June, Kigali, the spotless and modern Rwandan capital often referred to as Africa’s Singapore, will host the Commonwealth Heads of Government Meeting. Rwanda is one of only two Commonwealth members that have no historical ties to the UK. But they do play cricket, another clever ploy by Kagame who imported it with English-speaking exiles from Uganda.

“Kagame knows all the West’s sweet spots, and just how and when to push them. Time and again he presents himself as the reliable ally, a western-backed success story and this enables him to punch well above his weight, and avoid questions about his darker side,” said Michela Wrong, who chronicled Kagame’s use of death squads in her recent book Do Not Disturb.

She says whether it is offering troops to fight Isis affiliates in Somalia or Mozambique, sponsoring Arsenal Football Club, or protecting mountain gorillas and other conservation initiatives, Kagame has western audiences in the palm of his hand.

“He identifies with unerring instinct a western concern, then offers a solution,” Wrong added. In return, western leaders turn a blind eye to his treatment of opponents at home and in exile.

Kagame has an uncanny ability to charm the West. It has come to his aid on several occasions since he stormed to power in 1994.

Fawned over by a succession of leaders such as Tony Blair, Bill Clinton and more recently President Macron, Kagame presents himself as the West’s most reliable ally in Africa.

“It started with western guilt over the failure by Clinton to intervene to stop the genocide. Those were the roots and then Kagame exploited that,” Himbara added. He fell out with Kagame after refusing to massage figures that made the economy — backed by some £60 million of British aid each year — look better than it was. “Paul almost beat me up personally, I had to go,” he said.

However, of all Kagame’s ploys, the asylum seeker offer has amazed even seasoned Rwanda watchers.

“Sending asylum seekers at great expense to be processed in a part of the world that has been devastated, in recent history, by genocide, civil war, and mass exoduses of refugees has to be one of the most surreal and outrageous schemes this government has ever come up with,” Wrong said.