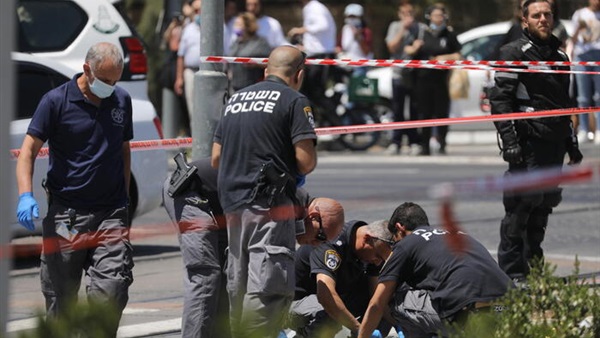 A Palestinian man stabbed a police officer with a kitchen knife and was shot dead in the Israeli port city of Ashkelon.

Police said an officer was checking a person who had aroused his suspicion on Tuesday when “the attacker pulled out a knife and attacked the officer”. The officer “responded quickly, fired and neutralised the suspect”.

The officer was hospitalised with light wounds. The assailant was a man in his 40s from the flashpoint city of Hebron, in the Israeli-occupied West Bank, police said.

There has been a rising tide of violence among Israelis and Palestinians. Four shooting, stabbing and car-ramming attacks in Israeli cities have left 14 people dead since late March. Over the same period, Israeli forces have killed 15 Palestinians, including assailants, according to an AFP tally.

On Sunday. Israeli security forces killed a Palestinian woman who stabbed a police officer in the centre of Hebron, where about 1,000 Jewish settlers live under heavy military protection among 200,000 Palestinians.

On the same day, the army shot and killed an unarmed Palestinian woman who they said failed to heed warning shots near the West Bank town of Bethlehem.

Israeli forces have been rounding up suspects in the northern West Bank after a man from Jenin shot and killed three people in Tel Aviv last week.