Khan supporters protest in Pakistan as Sharif tipped to take over 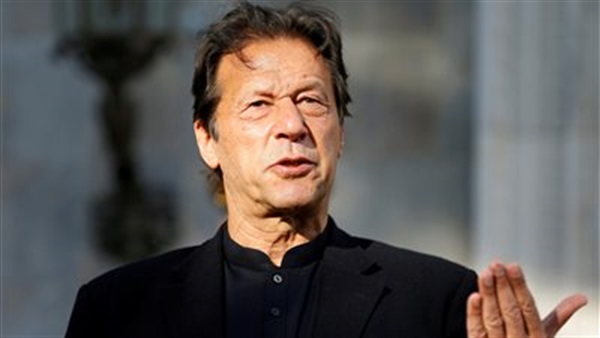 The former cricketer was turfed out of office on Sunday morning after a week of political turmoil in which he had ultimately failed to dodge an opposition no-confidence vote.

In the capital of Islamabad, the lights from thousands of supporters lit up the night sky as Mr Khan made his way through the crowd atop a brightly coloured truck.

Shehbaz Sharif is poised to become the country's new prime minister on Monday as the parliament meets to pick Mr Khan's replacement.

Mr Sharif, the younger brother of Mr Khan's predecessor, Nawaz Sharif, will run against the foreign minister, Shah Mahmood Qureshi, who is standing as the candidate from Mr Khan's Pakistan Tehreek-e-Insaf party.

Mr Khan gave his first comments on Sunday since his defeat and repeated the allegation that he had been cast from power by a foreign-backed conspiracy.

Mr Khan has given no evidence of such a plot, and America, the country said to be responsible, has called the accusations baseless.

Mr Khan said: "Pakistan became an independent state in 1947. But the freedom struggle begins again today against a foreign conspiracy of regime change.

"It is always the people of the country who defend their sovereignty and democracy."

The 69-year-old came to power promising a new Pakistan where he would root out the entrenched corruption that plagues residents. He also vowed to create a welfare state that would protect the millions of poor.

With only a small majority to keep in power, Mr Khan's critics accused him of relying on military support to maintain his grip on power.

A falling out with the military is widely believed to have prompted his downfall.