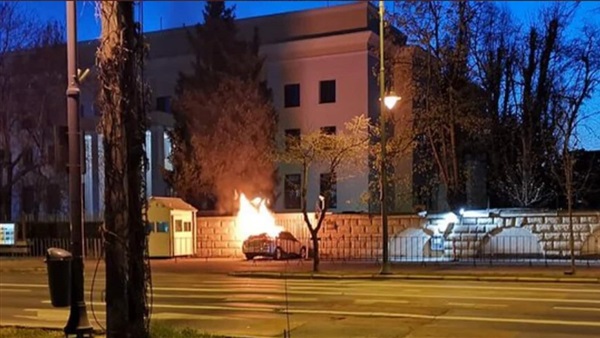 A car crashed into the gate of the Russian embassy in Romanian capital of Bucharest, bursting into flames and killing the driver, police said.

The sedan, engulfed in flames, was seen outside the embassy’s fence, as security personnel ran through the area.

It crashed into the fence outside the Russian embassy at around 6am on Wednesday but could not breach the building’s compound.

Police officials said that the firefighters who rushed to the scene of incident were able to douse the blaze started by the car crash but the driver died at the scene.

The motive behind the car’s ramming into the embassy’s boundary or other details are not immediately clear.