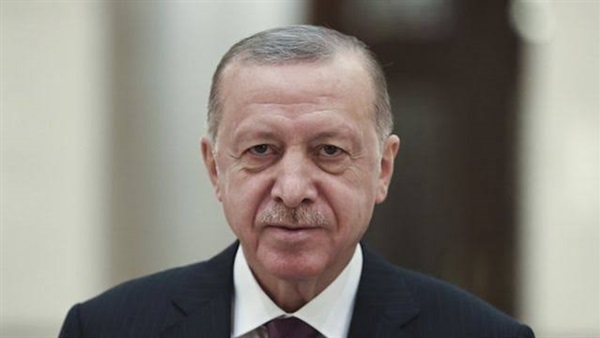 His drones may already be wreaking havoc in Ukraine, destroying Russian convoys and wiping out entire units.

But on Tuesday President Recep Tayyip Erdogan will try his hand at a different role in the conflict as he hosts peace talks in Istanbul.

On the face of it, Mr Erdogan might seem an unlikely peacemaker. A strongman in the same mould as Vladimir Putin, he has had his run-ins with the Russian leader in the past — not least when Turkey shot down a Russian military plane over Syria in 2015.

But Turkey is uniquely placed as a mediator, as both a longstanding Nato member and more recently a wary ally of Russia in Syria.

Mr Erdogan has even claimed he can get Vladimir Putin and Volodymyr Zelensky face-to-face. It is not an idle boast.

Turkey has extensive business and energy links with Russia, and controls the Bosphorous and Dardanelles straits, which command access to the Black Sea.

In other words, he is someone Putin cannot afford to ignore. And Mr Erdogan was determined to make sure that message got across on Tuesday.

There was no mistaking the significance of the venue for the talks, the Dolmabahce Palace in Istanbul, seat of the Ottoman sultans whose sway that stretched from western Ukraine to Arabia.

Mr Erdogan has made no secret of his ambition to restore the Ottoman sphere of influence, just as Putin dreams of restoring Russia's. They are cut from the same cloth, a would-be Tsar and a would-be Ottoman sultan facing off across the Black Sea.

They have already clashed in Syria, which Mr Erdogan regards as Turkey’s backyard much as Putin considers Ukraine Russia's.

Mr Erodgan backed the Syrian rebels and Putin backed the Assad regime, and for a time after a Turkish fighter shot down a Russian plane in 2015 it looked like they might even go to war.

Instead Mr Erdogan accepted Realpolitik and rowed Turkey in behind the much more powerful Russia.

They have muddled through since in Syria, at times reluctant allies, at times rivals, and whenever things threaten to get out of hand Mr Erodgan and Putin have sorted it out between them.

In other words, they can do business with each other. But in this crisis Mr Erdogan senses as opportunity to shift the power balance. Turkey has of necessity been the junior partner until now, but if he can deliver a peace deal, Mr Erdogan will believe Putin owes him.

And he has an eye on his own interests. There are whisperings Turkey’s move to close the Bosphorous to Russian warships in the wake of the invasion may have had more than a little to do with Syria.

The closure means Russia cannot easily supply its forces in Syria by sea, and has to keep them stocked with costly air lifts.

Turkey is obsessed with Syria, largely because it fears its own Kurdish rebels will use it as a base, and it is heavily invested in the border areas.

No one would be happier than Mr Erdogan if the Ukraine crisis prompted Putin to decide to end his Syrian adventure and leave the way clear for Turkey.

Turkey also has strategic concerns to the north, where it shares the Black Sea coast with Russia and Ukraine.

Trouble in the Black Sea is bad for Turkish business and Mr Erdogan will want a deal to bring calmer waters.