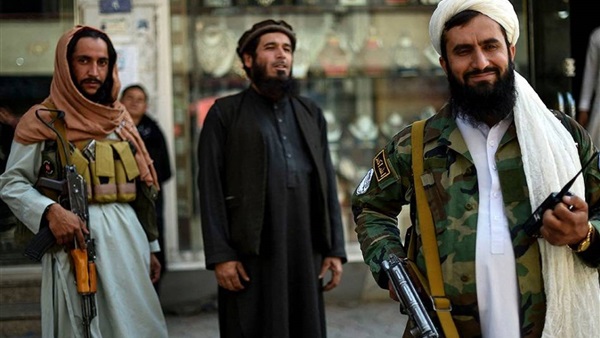 Taliban rulers have turned back the clock to the last time they were in power in Afghanistan, ordering all male government workers to grow beards and wear traditional clothing.

In the latest attack on personal freedoms, enforcement agents for the Ministry for the Propagation of Virtue and the Prevention of Vice patrolled entrances to government offices yesterday to ensure civil servants abided by the new regulations, according to Reuters. They also instructed staff to pray at the correct times.

Those failing to comply with the policy would no longer be allowed to enter the offices, eventually leading to a dismissal if they continued to flout the rules, a source said.

The latest ruling came as women staged protests against last week’s decision to bar girls over 12 from schooling, despite promising “education for all” since taking control of the country, and banning women from air travel without a male guardian. In December, the Taliban banned women from travelling distances beyond 45 miles without a male guardian, or mahram, in accordance with the teachings of Prophet Muhammad.

This is the first time the defacto government has enforced this rule when it comes to air travel.

On Sunday, the Taliban blocked international news organisations from broadcasting through Afghan television channels. The ban affects BBC, Voice of America and Deutsche Welle who produced bulletins in Pashto, Persian and Uzbek.

Authorities also announced the use of parks should be gender segregated; men can use them four days a week and women the remaining three. Families will no longer be able to visit parks together. Fridays are a popular day for family picnics across the country. The directive also outlined women should have a mahram and to wear the hijab. Those violating these rules will be punished.

“With each passing day the Taliban announces more oppressive rules. I want to go to the park with my brother or male friend, is that bad? No, it’s not,” said a young woman who asked not to be named.

Tamim Asey, executive chairman of the Institute of War and Peace Studies and the Council on Foreign Relations of Afghanistan, said that the Taliban were now “officially a gender apartheid authoritarian police state... the regime, while a de facto reality...merits no recognition and legitimacy.”

Dozens of women – teachers and mothers, schoolgirls and young men took to the streets of Kabul on Saturday morning in protest of the new leadership’s decision to deny girls their right to an education.

“Silence of the world is the destruction of Afghanistan,” they chanted. “Open the doors of girls’ schools.”

Beginning their demonstration outside the Ministry of Education, the group were not stopped by the Taliban authorities despite interrupting traffic. Yet the fighters did verbally and physically assault Afghan journalists reporting on the protest.

“We’ve come here to ask the minister ‘Why schools are closed’?” said protester Laila Basim to the crowd of journalists. “The schools for all boys are open but not for ladies. It’s unforgiveable.

“We’re asking all parents in Afghanistan to protest and object this announcement by the Taliban until schools reopen. People have to take risks for the rights of women.”