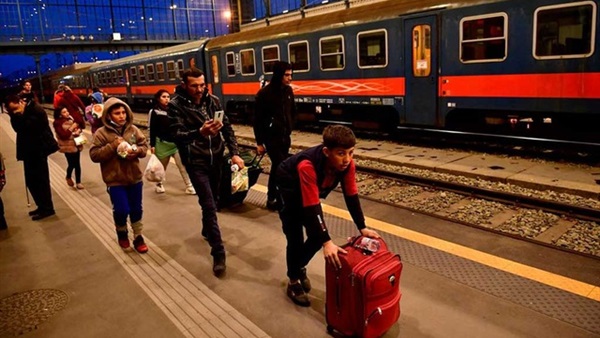 The train, run by a Czech private operator, RegioJet, was on a special mission. It carried humanitarian aid to the border, as well as a handful of people -volunteer fighters and Prague-based Ukrainians rushing to the Polish-Ukrainian border to collect fleeing family members.

On the way back, it took refugees into the heart of Europe, away from Ukraine and the war, and deeper into open-ended displacement.

Russia’s invasion of Ukraine is turning Europe’s trains and ornate imperial-era stations into a new refugee crisis network, putting them on a war footing yet again. At least a dozen states- and privately owned railway operators have opened up their services for free to refugees, and their cargo trains are being deployed to bring humanitarian aid to Ukraine.

More than 2.5 million people have fled Ukraine since the Russian invasion on Feb. 24, a staggering figure in an incredibly brief period of time, most of them to Poland, according to local authorities and the United Nations refugee agency. Half of the refugees are children.

The small city of Przemysl fast became a key point of entry for hundreds of thousands of refugees in the course of two weeks, turning into an operations center and temporary shelter for the exhausted, hungry people fleeing Ukraine. Volunteers blew up balloons in poodle shapes to entertain children. Nuns handed out food. And Ukrainian-speaking helpers directed people to the trains that would take them to new homes, delivering them deeper into the heart of Europe.