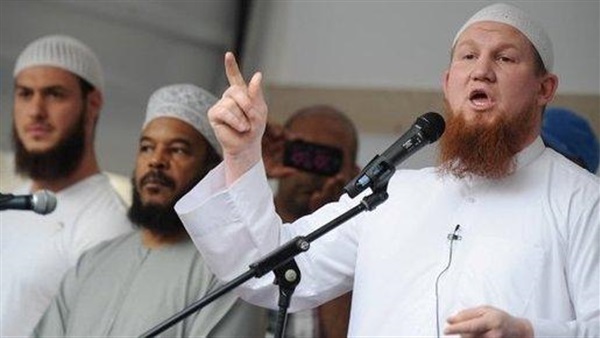 The exploitation of Salafi Madkhalism

The mindset of Islamist movements, especially Salafism, thinks that regimes need some Islamic décor, and it can play such a role. They think being on the right or on the margin is better than being out of the whole game.

On the other hand, the regimes think that the restructure of the Salafi discourse will not be accomplished without the containment, penetration and exploitation of the Salafi groups.

There are two approaches to deal with the Salafist movement in general. The first approach used Madkhalists to balance the relations with other groups as in the Moroccan case.

Morocco used Madkhalists against Adl Wa Al Ihssane and the jihadi current. It aimed at containing the Salafi jihadists.

However, some parties in Morocco rejected such approach citing that Salafism, which contradicts the concept of the state and nationality, would be legitimized.

In Yemen, Madkhalism was also used. Abu al-Abbas commands which rejects politics, partisanship and democracy sided with former president Ali Abdullah Saleh and decried the 2011 uprising against him.

Sheikh Abu al-Abbas based in Taiz and fought Houthis. Hany Berbek, a disciple of al-Wadiy, was appointed as cabinet minister last year after he proved his mettle in fighting the Houthis.

In Libya, former leader Muammar Gaddafi, with the help of his son al-Saady, sought haven in the Salafists, who banned revolt against the ruler. The Madkhalists supported Gaddafi during the February 2011revolution.

Although Madkhalists abstained from politics in 2012, they joined forces with Marshal Khalifa Haftar, commander of the Libyan National Army (LNA), in 2014.

Madkhalists formed a number of battalions, i.e. 604 and al-Tawheed, to fight takfiris. They controlled many locations in Benghazi, Ajdabiya and Jebel Akhdar.

Rabee al-Madkhali said he was pleased of Haftar, wishing him all the best like President Abdel Fattah El Sisi  in their war on terrorism.

Moreover, al-Madkhali released a fatwa urging Salafists in Libya to fight the Muslim Brotherhood. Marshal Haftar appointed many of them as commanders and spokespersons for LNA.

The investigators who interrogated detainees were all Madkhalists, according to testimonies of some released suspects. Madkhalists categorized the suspects either Muslim Brotherhood loyalists or jihadi Salafists.

In Morocco, Madkhalists were used by the state against the Justice and Development Party and the sufist Al Adl Wa Al Ihssane, according to researcher Ahmed al-Shakiry.

Madkhalists controlled the religious scene in Morocco as they dominated the nongovernmental Qur'anic schools. The number of Qur'anic schools totaled 100 by 2008. The schools are run by al-Dawa ila al-Quran wa al-Sunna from Marrakesh.

Madkhalists contributed to the reining in of jihadi Salafists. Morocco sustained support to the Sufists. The Arab Spring exposed the inefficiency of this strategy.

The Sufists are easily to be politically used, but their activities on the ground lack a clear-cut political vision like the Salafists. Therefore, decision-makers seek to have the Salfists along with the Sufists in one combination.