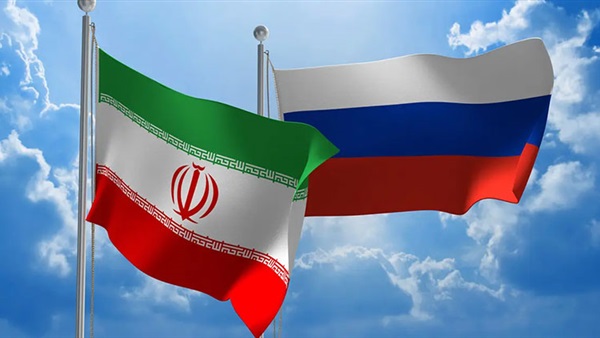 Sitting across a long table from President Vladimir V. Putin at a Covid-conscious distance, President Ebrahim Raisi of Iran reminded his Russian counterpart on Wednesday that Tehran had been “resisting America for 40 years.”

And now that Russia was plunging deeper into its own confrontation with the United States, Mr. Raisi told Mr. Putin in televised remarks, it was time to take on “the power of the Americans with an increased synergy between our two countries.”

It was a bit of geopolitical theater at the Kremlin at a critical moment for Washington and its adversaries. Mr. Raisi, the hard-line Iranian leader, started a two-day trip to Moscow on Wednesday designed to showcase tightening bonds between two countries with often-diverging interests and a history of strained relations — but, increasingly, along with China, a single adversary: the United States.

For Mr. Putin, embroiled in a dispute with the United States over spheres of influence and facing harsh sanctions if he follows through on a threatened invasion of Ukraine, it was a chance to show that Russia has friends it can call on in its battles with the West. In keeping with that message, the visit will include an address by Mr. Raisi to Russia’s lower house of Parliament, a rare honor for a visiting leader.

Iran, its economy already strangled by U.S. sanctions, is involved in delicate negotiations to revive the 2015 nuclear accord. Mr. Raisi nevertheless voiced tacit support for Mr. Putin in Ukraine, and Iran’s foreign minister emphasized that the two presidents had agreed on the “framework” of an agreement governing increased economic and military cooperation.

No deals were signed publicly, however, and the extent of the Kremlin’s willingness to sell to Iran more of the modern Russian weaponry that Tehran has long sought remained unclear. But along with an upcoming naval exercise combining warships from Russia, Iran and China, the Kremlin appeared intent on sending a message that it was continuing to foster new ties that could serve as a counterweight to the West. Iran, too, is signaling that it also has alternatives if Western sanctions are not lifted.

“On the international arena, we are cooperating very closely,” Mr. Putin told Mr. Raisi, noting the crises in Syria and Afghanistan, and pledging to bring Iran closer to the Russia-led trade bloc known as the Eurasian Economic Union.

Russia and Iran still have a host of differences. Despite years of sanctions, Russia’s economy, unlike Iran’s, remains closely integrated with the West. Mr. Putin has worked to foster close ties with Israel, which Iranian leaders see as an enemy. And in Vienna, Russia has been working with the United States and Europe to try to resuscitate faltering negotiations over restoring the deal restricting Iran’s nuclear program.

But as Russia’s conflict with the West intensifies, Russian officials are increasingly willing to look past those differences. Grigory Lukyanov, an international relations specialist at the Higher School of Economics in Moscow, said that Russian officials had grown more aligned in recent years with the more strident anti-Western stance of some Iranian counterparts. And Mr. Raisi, an ultraconservative cleric who became president in August, has spoken out in favor of closer ties to Russia despite skepticism in the Iranian public.

“This visit is oriented not so much toward the domestic audience in both countries but, most of all, toward the West,” Mr. Lukyanov said of Mr. Raisi’s trip to Moscow. “There are now more supporters in the Russian leadership of adopting Iran’s radical course, which used to be considered unacceptable in Russia.”

Russia has massed some 100,000 troops around Ukraine, while demanding guarantees that the NATO alliance not expand into Ukraine or elsewhere in Eastern Europe. Western officials say Mr. Putin could launch an invasion of Ukraine at any time, and have threatened crushing sanctions against Russia and new military support to Ukraine if he does so. Mr. Raisi, in the public portion of his meeting with Mr. Putin, did not bring up Ukraine, but echoed the Kremlin’s longtime disdain for the Western military alliance.

“NATO’s influence under any pretext in the Caucasus and Central Asia is a threat to the mutual interests of independent countries,” Mr. Raisi said, according to the Iranian government’s account of the meeting. He was referring to two other regions that were once within the Soviet Union and that the Kremlin still sees as part of Russia’s rightful sphere of influence.

Mr. Raisi’s presidency consolidated the power of a hard-line faction that had criticized the previous centrist government of President Hassan Rouhani as too accommodating to the West, aligning Iran more closely with Mr. Putin’s stance.

Mr. Putin met with Mr. Raisi despite the Kremlin’s intense efforts to shield Mr. Putin from the coronavirus, with the omicron variant coursing through Moscow. The two leaders sat some 20 feet apart, and Mr. Putin’s spokesman later told the Russian news media that the seating arrangement was due to “measures of sanitary necessity.”

“Neither video conferences nor phone calls can replace in-person contact — even like this,” Mr. Putin told Mr. Raisi, pointing at the long table between them.

After Wednesday’s meeting at the Kremlin, the Iranian foreign minister, Hossein Amir Abdollahian, posted on Twitter that the two presidents had “agreed on the framework of a long-term agreement.” In his remarks Wednesday, Mr. Raisi said the document had been “delivered” to Mr. Putin.

The 20-year agreement discussed by Mr. Putin and Mr. Raisi, Iranian officials said, focuses on technology transfers from Russia, the purchase of Russian military equipment and Russian investments in Iranian energy infrastructure. Iran has said the agreement would be modeled after a sweeping economic and security deal signed in September between Iran and China. Under that agreement, China will invest nearly $400 billion in a wide range of projects in Iran in exchange for discounted oil for two decades.

“We are definitely pursuing a long-term agreement with Russia because it is a necessity,” Mahmoud Shoori, deputy director of the Institute for Iran and Eurasian Studies in Tehran, said in a phone interview. “More important than economic partnership with Russia is a military and intelligence alliance.”

In Russia, many analysts believe that the prospect of increased Russian military cooperation with other American adversaries is one of the Kremlin’s best points of leverage against Washington. On Tuesday, warships from Russia’s Pacific Fleet entered Iran’s Chabahar port on the Gulf of Oman ahead of a planned joint naval exercise with Iran and China, the Russian Defense Ministry said.

But perhaps the thorniest issue confronting Moscow and Tehran is the future of Iran’s nuclear program. In his televised comments on Wednesday, Mr. Putin told Mr. Raisi that it was “very important to hear your position” on the negotiations in Vienna.

Talks to restore the 2015 accord, which President Biden wants to rejoin after President Donald J. Trump withdrew from it in 2018, are floundering. Diplomats suggest they may have only a few weeks left to run before Iran has breached the original limits so thoroughly that reviving the deal would be meaningless.

Last November, after a break for Iran’s presidential election, the Raisi government returned to the talks and rejected the concessions the previous government had made. With some pressure from Russia, Iran then agreed to negotiate on the basis of the earlier talks, but without accepting all their earlier concessions.

Russia, analysts believe, continues to play a constructive role in the Vienna talks, seeing neither a nuclear-armed Iran nor an American or Israeli attack on Iran as a palatable alternative to the nuclear deal. That means Mr. Putin was likely to pressure Iran to move faster — though he could be tempted to use Russian cooperation in the talks as bargaining leverage in Russia’s standoff with the West over Ukraine.

“Russia neither wants Iran with a bomb nor Iran bombed,” said Ali Vaez, the Iran director of the International Crisis Group. “The Russians are very good at compartmentalizing their differences with the West.”