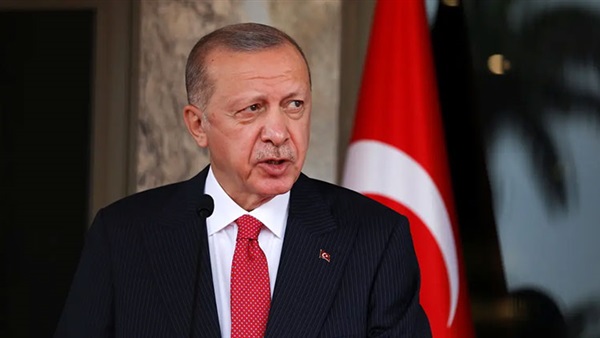 Turkish President Recep Tayyip Erdogan is set to meet Thursday with the leader of El Salvador, the first country to make bitcoin legal tender, while the Turkish central bank kept interest rates on hold in a move that will likely do little to arrest the country’s currency crisis.

With El Salvador planning to launch a $1 billion bitcoin-backed bond, Turks and foreign investors are watching closely to see if the meeting between Mr. Erdogan and President Nayib Bukele in Ankara marks a shift in how Turkey’s government views cryptocurrencies, despite the past month’s slump in bitcoin’s dollar value.

The Turkish government has taken a restrictive approach to cryptocurrencies in recent years, but analysts expect Mr. Bukele to advocate for the use of crypto during the meeting, which comes during a period of turbulence in the Turkish economy. The Turkish lira lost some 40% of its value against the dollar last year, sparked occasional protests and threatened financial stability in the country, which is a member of the Group of 20 and the North Atlantic Treaty Organization.

Mr. Erdogan has demanded lower interest rates as a part of his unorthodox strategy to drive economic growth and has fired nearly every senior Turkish official who opposes his vision. Last year’s rate cuts drove up inflation from cheaper lending while eroding the buying power of the lira, pushing up prices for key imports such as food and energy.

To offset inflation and a sharp lira depreciation, Turks have piled into cryptocurrencies. The meeting with Mr. Bukele comes as Mr. Erdogan has said he is proposing new legislation that will regulate the nascent assets. While Turkey banned cryptocurrencies as a form of payment last year, Mr. Bukele’s government became the first in the world to adopt bitcoin as a national currency.

Mr. Bukele is one of the world’s leading proponents of cryptocurrencies and analysts expect him to bring up the matter during the meeting with Mr. Erdogan, but it remains unclear whether the Turkish government will shift its stance on the issue.

“As an administration they are a vocal advocate of bitcoin so I’m pretty sure he’s going to bring up the bitcoin issue,” said Turan Sert, an adviser to Turkish cryptocurrency exchange Paribu. “They may listen to him but I’m not sure it will have much effect on the thinking of the Turkish administration.”

The two leaders exchanged tweets of welcome and emojis of each nation’s flag. Mr. Bukele wrote of his visit in Turkish, and Mr. Erdogan wrote in Spanish that the nation attached great importance to the visit.

“Greetings to everyone in Turkey from El Salvador, the land of #Bitcoin,” said Mr. Bukele.

Mr. Erdogan, an elected leader who has eroded Turkish institutions and overseen a clampdown on his political opponents, has warm personal relations with autocratic leaders from around the world, including Russian President Vladimir Putin.

Mr. Bukele, a populist who was elected in 2019 as a political outsider amid discontent over violence and poverty, has faced criticism from the Biden administration as he has ratcheted up authoritarian control of the country, replacing the magistrates of the Constitutional Court and the attorney general.

El Salvador has viewed bitcoin in part as an opportunity to break away from a dollarized economy, the nation’s other legal tender of the past two decades.

In recent years, Turkey has worked to lessen its ties to foreign currencies, reducing foreign-currency debt and encouraging locals to trade in gold and other currencies for lira.

Those efforts have been challenged, though. A recent initiative to encourage locals to lock up their lira deposits for a three-month minimum has drawn little demand. Turkey’s central bank recently extended the program to corporations to bolster participation.

Even with the central bank holding interest rates, investors and analysts expect that the lira will continue to come under pressure due to high inflation and that locals will keep moving their money into foreign currency, gold and other assets.

“That will ease some of the concerns in the markets around more negative real interest rates, but that doesn’t solve any of the underlying problems around tackling soaring inflation,” said Phoenix Kalen, a strategist at Société Générale. “There’s still going to be demand for foreign currency as inflation climbs.”

Turkey’s annual inflation rose to 36.1% in December, from 21.3% in November, and economists expect official figures to climb to 50% in the coming months.

“We will live through a really hard quarter of 2022. It will be very hard for Turkish people,” said Mustafa Sonmez, a Turkish economist.