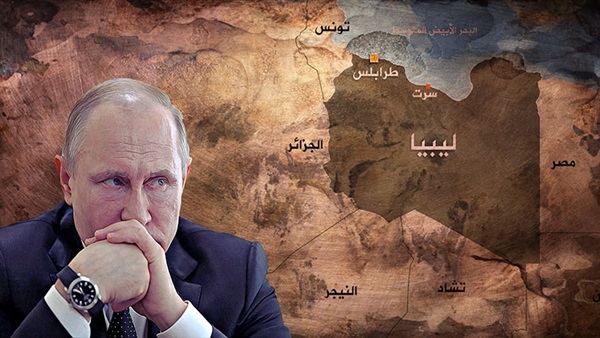 The major countries are playing prominent roles in the Libyan file according to their various interests, and Russia remains one of the most prominent international players on the Libyan scene via various positions through which it tried to ensure the preservation of its economic projects at home.

Recently, there has been a frequency of news indicating possible meetings between the two sides to coordinate the outstanding issues between them, in addition to international meetings. For her part, the Special Advisor to the UN Secretary-General on Libyan Affairs, Stephanie Williams, met with Russian Deputy Foreign Minister Sergey Vershinin on January 18 to discuss the Libyan situation in light of the postponement of the election in Libya.

The Russian Foreign Ministry pointed to its discussions with the UN advisor on the future of the political and military situation in Libya, in addition to the necessity of imposing security so that the country can progress politically with the help of the United Nations, without relying on foreign interventions, and to maintain political consensus between the various local forces.

On January 16, Asharq Al-Awsat newspaper drew attention to the visit of the Deputy Prime Minister of the Libyan Government of National Unity (GNU), Hussein al-Qatrani, to Russia to discuss the expulsion of mercenaries from Libya, the dismantling of armed militias and the restoration of security.

Russian interests in Libya and options for reconciliation

Russia has various economic relations with Libya, and its interest is in restoring security and calm to the region so that it can resume its projects at home. On December 8, 2021, the Libyan 5+5 Joint Military Committee discussed with the Russian government how to get mercenaries out of the country and ways to obtain Russian support to achieve this goal.

In April 2021, the Russian government called for deepening military cooperation with Libya through a meeting between the head of the GNU, Abdul Hamid al-Dabaiba, and Russian Defense Minister Sergei Shoigu. Shoigu said that his country supports Libya to get out of the security impasse it is experiencing and looking forward to more cooperation in this regard.

Russia is looking forward to more trade and economic cooperation with Libya. After years of the country’s suffering from war and internal strife, reconstruction remains a vital economic file for which the international community is competing, in addition to the country’s enjoyment of large reserves of gas. Moscow seeks to be an investor while not leaving room for unilateral investment by international competitors, and it also aspires to gain economic advantages from the country's ports.

Libya’s strategic location as a maritime border for Europe makes it an important strategic target for Russia, which aspires to maximize its international roles and not leave room for Europe or Washington to be alone with globally influential files, as well as to activate its military arms.

For her part, Nourhan El-Sheikh, a professor of political science at Cairo University who specializes in Asian affairs, said that Russian efforts to resolve the Libyan issue depend on Moscow's good diplomatic relations with regional parties to the issue such as the European Union, noting in a statement to the Reference that the European consensus on the Libyan file is necessary in order to close the field to terrorist ambitions in the region.

Russia is working to help Libya get rid of foreign forces and mercenaries according to common interests between the two parties. Since the fall of late President Muammar Gaddafi, Libya has been suffering from the spread of terrorism and internal divisions, and the Brotherhood plays the most prominent role in this regard.

The Brotherhood sponsors bloody militias that it uses as a cover to achieve its goals, most notably the Al-Samoud Brigade, which is currently led by Salah Badi, who has been on the UN Security Council sanctions list since November 2018 on charges of undermining security and stability in Libya.