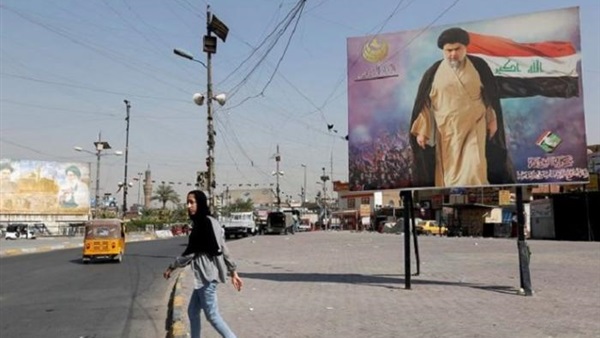 Rockets targeted the U.S. Embassy in Baghdad and men on motorcycles hurled grenades at the offices of political rivals of Iran-backed militias, threatening a new spiral of violence as Iraq moves to form a new government following last year’s parliamentary election.

A week after Iraqi militias hit bases hosting U.S. forces, the attacks on Thursday and Friday marked a shift in focus, with civilian targets coming under heavy fire. No one claimed responsibility for the attacks.

One of the rockets landed in an elementary school inside Baghdad’s Green Zone, the heavily fortified area of diplomatic and government buildings in the city’s center, injuring a woman and a young child, while air defenses at the U.S. Embassy shot down two other missiles, Iraqi security forces said. Three separate attacks took aim at political parties opposed to the influence of the country’s powerful militias.

Iranian-allied militias in the country are fighting to reassert their influence in the country after suffering a setback in Iraq’s national election last year, when they lost ground to other Shiite-led parties. Voters handed the largest number of seats to a bloc led by Moqtada al-Sadr, a Shiite cleric and self-styled nationalist who has vowed to limit the power of the militias.

Mr. Sadr has vowed to form what he calls a majority government, which could exclude some of the groups affiliated with the paramilitaries. His calls to rein them in have driven a wedge among the political leaders of Shiite Arabs, Iraq’s largest communal group. The militias are also predominantly Shiite.

“It’s a way to put pressure on Sadr and remind him that there is a risk of violence,” said Lahib Higel, a Baghdad-based senior analyst for Iraq for International Crisis Group. “What these paramilitary groups are saying is, ‘You are going to be responsible because you haven’t included everyone in this deal.’”

“We haven’t seen this type of a split in the Shiite house before,” she said.

The attacks also come as Iran and the U.S. head into a critical phase of negotiations over a possible return to the 2015 nuclear deal that imposes limits on Tehran’s atomic activities. This week, Iran imposed sanctions on U.S. officials, and the Biden administration said it was ready to walk away from the talks, though both sides continue negotiating.

The attacks began on Thursday morning when men on motorcycles hurled grenades at the Baghdad office of the Kurdistan Democratic Party, Iraq’s dominant Kurdish party. The office’s door was smashed and its windows shattered but the attack caused no casualties, officials said.

After midnight, gunmen threw hand grenades at the office of the Sunni-led Taqadum political bloc north of Baghdad, injuring two security guards, shattering windows and causing other damage, security officials said. Taqadum won the second largest share of seats in Parliament and its leader was re-elected speaker of the assembly earlier in January in a move opposed by Iran-aligned groups.

After losing ground in last year’s election, Iran-aligned militants have been fighting to retain political influence in the country. In November, a drone attack targeted the residence of Iraq’s prime minister and parties affiliated with the militants challenged the election results in court, but their case was thrown out by Iraq’s top court last month.

In a possible clue to the origins of the attack, one of the largest militia groups, Kataib Hezbollah, said the attack on the U.S. Embassy had come in response to a ruling by Iraq’s top court that breathed new life into the militias’ challenge to the election results. The militia also condemned the attack and blamed it without evidence on “gangs related to Britain .”

The court ruling on Thursday temporarily suspended the newly elected Parliament authority in response to a lawsuit brought by lawmakers disputing the legitimacy of the parliamentary session and the regulations in it. The ruling buys time for the hard-line group to continue to assert its influence.

Mr. Sadr, who isn’t seeking office himself but has considerable sway in Iraqi politics, pushed back on the militias in a statement on Twitter, blaming the U.S. Embassy attack on “parties that claim to be resistance.”

He said that the attacks were intended to delay the withdrawal of U.S. forces from Iraq. The militias say they are fighting for the removal of American troops from the country.

“The people shouldn’t be deceived by these movements,” he said.

The U.S. Embassy blamed the attack on its compound on “terrorist groups attempting to undermine Iraq’s security, sovereignty, and international relations.”