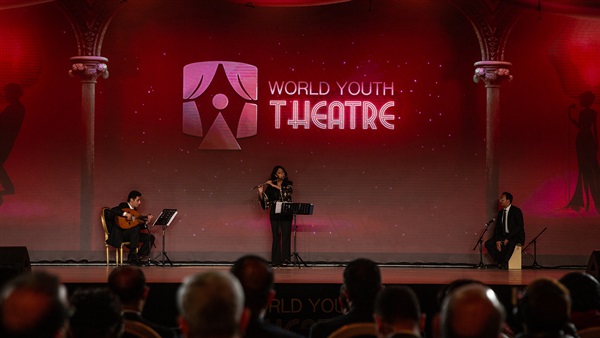 Egypt has sent a message of peace to the entire world and in all languages ​​through the operetta of the World Youth Forum (WYF), which was performed on Monday.

The official song of the forum, 'I dream of a place', is the first operetta by the world's youths in different languages ​​and dialects, including Arabic, Italian, Greek, Algerian, Brazilian, Russian, Indian, Korean and Kenyan.

It sends a basic message of peace to the whole world.

The heroes of the lyrical operetta recounted their experience during lockdowns caused by the Covid-19 pandemic around the world.

Artist Mohamed al-Sharnoubi said he visited his family at the height of the pandemic.

"I felt afraid," he said. "However, I explored many interesting things to escape boredom."

Subsequently, a lyrical operetta, titled "We Returned", was performed by the heroes of the previous operetta.

On Monday's evening, the forum's theater was launched under the slogan 'Arts and culture are a human right'.

The forum's performances this year expect to be witnessed by artists from the villages targeted by the presidential initiative for the development of the Egyptian countryside.

The young band presented a distinguished group of world-famous songs.

A French magician with Algerian origins also presented a stunning show, becoming one of the most prominent on the first day of the forum, held between January 10 and 13 in the Egyptian Red Sea resort of Sharm el-Sheikh.

There was also the Village Play on the same day. It focused on most of the crises of the world as it fought the Covid-19 pandemic.

All the actors were at a high degree of artistic integration, fact manifest in the way President Sisi reacted to the play and the actors' and actresses' performance.

At the end of the show, the president was keen to thank its artists and director, Khaled Galal.

The WYF Theatre which hosted all these shows has turned into an important platform for budding artists.

It made great successes in 2019. This is why it is attracting a large number of artists in the ongoing edition of the forum.

About 300 artists from 27 different countries participate in the theatre this year.