Houthis empowered by al-Qaeda and Brotherhood after fleeing Shabwah 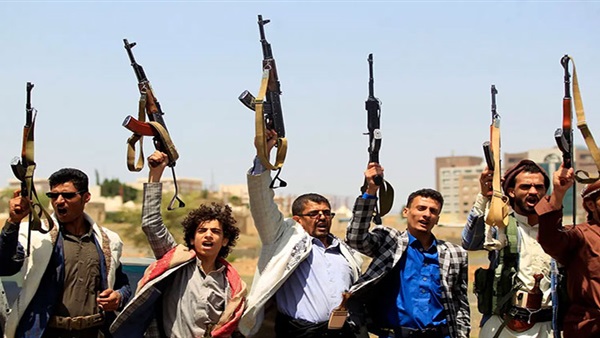 On Sunday, January 10, the Yemeni government was able to regain full control of the wealthy Shabwah Governorate from the Houthis, after the Yemeni army and coalition forces succeeded in driving the militia from the governorate that is rich in natural resources.

But the question remains as to what comes after the battle to liberate Shabwah, and where the Houthis will go, especially since the Iranian-backed militia fled towards Al-Bayda and Marib after its defeat.

Compensation for defeat in Marib

Yemeni political analyst Abdullah Abdul Majeed believes that the Houthi militia may at the present time head to Marib to complete its battle there against the Yemeni National Army and the coalition forces, adding that during the current period the terrorist group will try to compensate for the losses it incurred in Shabwah and will work to cover those losses by setting fires, kidnapping civilians to use them as human shields and captives, plundering homes, and planting mines, which is the militia’s perpetual habit after every defeat.

Abdul Majeed added in an exclusive statement to the Reference that the battle of Marib is the second largest battle that the Yemeni army enters against the Houthis, so the militia will do its best to achieve the largest possible gains and will receive Iranian support; however, the Yemeni army and the coalition forces are putting these possibilities to the test and taking necessary precautions to counter them.

Resorting to the Brotherhood and al-Qaeda

Meanwhile, Yemeni political analyst Mohamed al-Jabari confirmed that the Houthi militia may resort to using its strong relationship with some terrorist organizations, such as the Brotherhood and al-Qaeda, especially since in the past it has strengthened relations between it and these two extremist groups, as it can use the elements of these groups and enter them forcefully into battle.

Jabari stressed to the Reference that the Houthi militia greatly strengthened its relationship with al-Qaeda during the battle of Shabwah and now has agreed with it to facilitate the movement of Houthi elements in the areas under al-Qaeda control to cover up the defeats of Shabwah and portray them as widespread.

He added that the Houthis, al-Qaeda and the Brotherhood are all preparing for the post-Shabwah battle, which was evident from the Brotherhood's movements and mobilization in Taiz.