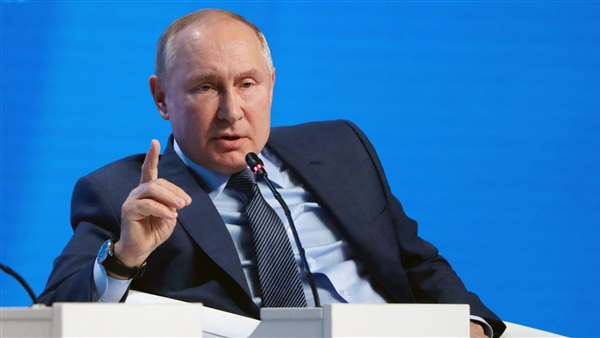 Russia is moving attack helicopters and fighter jets towards the Ukrainian border even as the White House scrambles to defuse a stand-off with the Kremlin by blocking calls for sanctions on businesses linked to Nord Stream 2.

The new pipeline, intended to funnel Russian gas to Germany, has become a bone of contention for those who believe President Putin’s aggression should be countered with financial penalties.

Talks held this week between the US and Russia on the Ukraine issue remain deadlocked, but in Washington senior Democrats are trying to defeat a motion by Republicans in Congress to hit Moscow with sanctions. The Biden administration has insisted that such action would only serve to inflame tensions further.

US officials said Russian helicopters and ground-attack fighter jets had been moved to bases closer to Ukraine, in the latest sign of planning for an invasion. The build-up has slowed in recent days, but Russia retains some 100,000 soldiers along the border, poised for a ground offensive if Putin decides to act.

American and Russian diplomats met to broker a solution to the Ukraine crisis on Monday, the first of three sets of bilateral talks planned for this week. Wendy Sherman, deputy secretary of state, described the talks as “frank and forthright”, but said there had been no concessions from either side, and no evidence that Putin was ready to de-escalate the crisis.

Russian envoys will hold talks with Nato in Brussels tomorrow, with Moscow still demanding a pledge that Ukraine never be admitted to the alliance. Sherman said the Russian demands were “non-starters” and the US would “not allow anyone to slam closed Nato’s open-door policy”.

Russia, in turn, has rebuffed calls to withdraw its troops from the border, insisting that they are conducting routine exercises and have no plans to invade.

In Washington, the Texan senator Ted Cruz is leading efforts to impose sanctions on businesses associated with the 750-mile Nord Stream 2 pipeline.

Chris Murphy, a Democratic senator, said the proposal would create chaos, undermining American diplomacy and threatening a fracture with the nation’s European allies.

“This is not good policy for the Senate to allow Ted Cruz to break us from our transatlantic partners in the middle of a delicate negotiation over the future of US-Russia, and Europe-Russia policy,” he told CNN.

The Democrats are drafting an alternative to the bill proposed by Cruz that would impose tough new sanctions on Russia only if it invades Ukraine. Yet White House efforts to block the bill are being hampered by several Democratic senators wary of appearing soft on Russia before they face voters at midterm elections in November.

A breakaway by Democrats in the Senate, which is tied at 50-50, could push the bill closer to the 60 votes it needs to pass, inflicting huge embarrassment on the White House at home and torpedoing the diplomatic effort abroad.

Nord Stream 2 was completed in September but is yet to come online. The €10 billion pipeline, which goes through the Baltic Sea, will double gas supplies from Russia to Europe to 110 billion cubic metres per year. The pipeline bypasses Ukraine, a traditional transit country for Russian gas, depriving its economy of fees that represent about 4 per cent of its national GDP.

Robert Menendez, the Democratic chairman of the Senate foreign relations committee who has prepared the alternative draft bill, said his plan represented the “mother of all sanctions legislation” against Russian businessmen and industry — if Putin invades.

Ukraine has called the pipeline a “geopolitical weapon,” intended to punish it for its pro-western stance and drive a wedge between European allies. Other critics say Nord Stream 2 will increase Europe’s dependence on Russian gas and allow the Kremlin to exert political influence at a time of rising tensions with the West.

The Biden administration opposed the pipeline but stepped back from imposing sanctions to avoid a row with Germany. That dismayed Ukraine, which claims Russia is exploiting Europe’s shortage of natural gas to divide regional allies.

Tensions over Ukraine have been building steadily in recent months amid fears that Russia will attempt a repeat of 2014, when it annexed the Crimean peninsula after the pro-western revolution that overthrew President Yanukovych, an ally of Putin. Some 14,000 people have been killed in the fighting in eastern Ukraine, though Russia has repeatedly denied that it has troops there.

Two rounds of direct talks between Biden and Putin last month failed to defuse the crisis, with Russia still demanding the withdrawal of Nato troops and bases from eastern Europe, and guarantees that Ukraine and Georgia be barred from joining the alliance.

However, US officials believe that Russia’s window for an invasion of Ukraine has narrowed, The New York Times reported. A relatively mild winter has delayed the hard winter freeze that would be needed to move heavy weapons, military vehicles and equipment overland before the spring thaw brings a muddy quagmire.