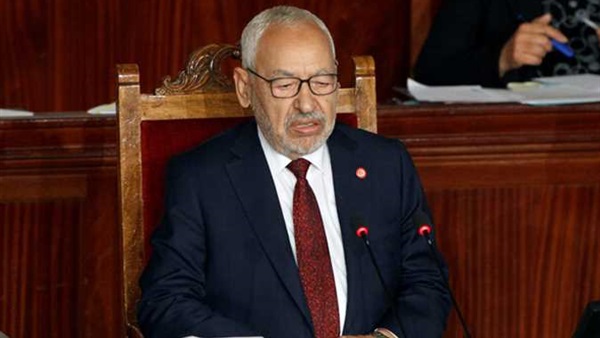 Hisham al-Najjar, a researcher in the affairs of Islamist groups, said that the leader of the Tunisian Ennahda Party, Rached Ghannouchi, is a mentor and teacher to Turkish President Recep Tayyip Erdogan, adding that the student, Erdogan, succeeded in mastering the joints of Turkey, while Ghannouchi failed to implement this in Tunisia.

During the symposium “Tunisia: An attempt to understand” held by the Arab Center for Research and Studies on Monday, January 10, Najjar added that after the fall of the parent Brotherhood organization in Egypt, Ghannouchi, in cooperation with Erdogan, sought to inaugurate a new centralization of the Brotherhood in the Maghreb countries instead of Egypt.

Najjar pointed out that Ghannouchi’s recent attempts to save the Brotherhood project were like a dance of the slaughtered, explaining that the reasons for the downfall of the Brotherhood in Egypt are the same reasons for the group’s decline in Tunisia, and the fate of the two versions is the same, which will also happen to the Turkish version, while the only difference is in the duration of the governance.

He revealed that the Brotherhood's desire in Tunisia is not to serve religion or citizens, but to reach a great financial influence supported and protected by strong political influence, explaining that instead of being interested in education, health, and the economy, Ghannouchi turned the parliament into a mafia to protect the Brotherhood project.

Najjar explained that Ennahda's options are limited in light of popular support for the decisions of Tunisian President Kais Saied, stressing that Saied’s success is not related to the overthrow of the Brotherhood, as exclusion requires an alternative project and an attempt to embrace the Egyptian model and achieve economic successes.