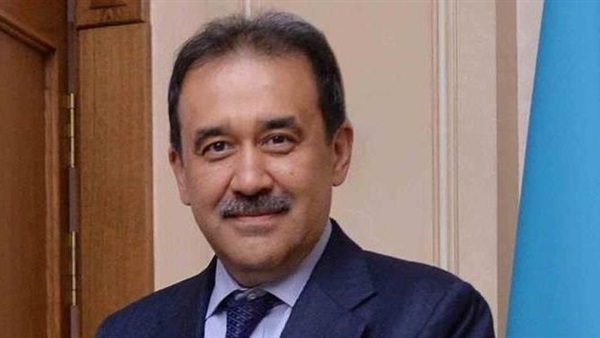 The former security chief of Kazakhstan has been charged with treason as the death toll from last week’s protests rose to more than 160.

The arrest of Karim Masimov, who has also served two stints as prime minister, came amid rumours of a power struggle. Masimov, 56, was dismissed by President Tokayev last week as the former Soviet state was rocked by protests against its authoritarian rulers.

An ally of Nursultan Nazarbayev, the former president who retains the title “leader of the nation”, Masimov had been head of the KNB security agency since 2016. Officials said a number of other people had also been arrested in connection with the charges, but gave no other details.

A spokesman for Nazarbayev, who was rumoured to have fled the country last week, said yesterday that he remained in Kazakhstan and was in direct contact with Tokayev. He was urging people to rally around the president, the spokesman said.

Kazakh officials said 164 people had died in the unrest, with 103 of the deaths coming in Almaty, the country’s biggest city, where protesters set ablaze the city hall and the presidential residence. Officials had previously said 44 people, including 16 security officers, had been killed. Tokayev issued a “shoot-to-kill” order on Friday.

As their buildings burn at home, research released by Chatham House, the independent policy institute based in London, revealed that the Kazakhstani ruling class is using the UK as a safe haven, with assets worth at least £530.4 million in luxury property here.

About £330 million of that is owned by the extended Nazarbayev family.

There was an uneasy calm on the streets of Almaty yesterday as supermarkets reopened amid fears of food shortages, although police were heard firing warning shots at people who got too close to checkpoints.

Tokayev said last week without providing evidence that Kazakhstan had been attacked by 20,000 “armed bandits” who had received training in foreign countries. Russia sent troops to help “stabilise” the situation after Tokayev appealed for assistance from the CSTO, a collective security organisation made up of six former Soviet states.

Armenia, Belarus, Kyrgyzstan and Tajikistan have also deployed smaller numbers of troops. Almost 6,000 people were arrested during the protests, including a large number of foreign nationals, Tokayev’s office said, without giving details.

Tokayev said the Russian troops, who are mainly guarding infrastructure, could stay in Kazakhstan for as little as a week, but Antony Blinken, the US secretary of state, warned that they could be there indefinitely. “One lesson in recent history is that once Russians are in your house, it’s sometimes very difficult to get them to leave,” he said.