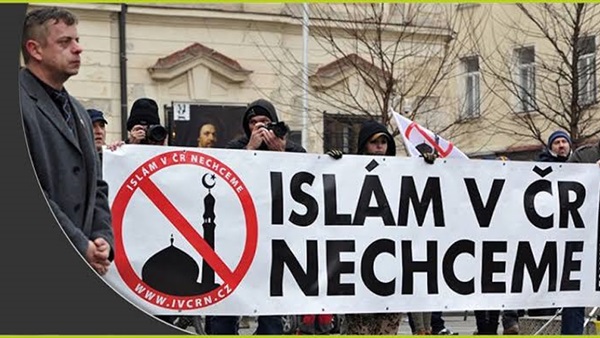 The European far right taps into 'Islamophobia' as a term to make political gains, especially electoral ones.

It uses fear of and hatred against Islam and Muslims to make these gains.

Islamist organizations and some Muslims have been stoking this hatred and fear since the 9/11 attacks in New York and Washington.

This is why Muslim communities in Europe face threats from far-right supporters and groups from time to time.

A 2020 study by the Muslim Council of Britain showed that exposure to negative images of Muslims in the media increases the likelihood of the population supporting government policies that harm Muslims and lead to the erosion of Muslims' rights.

Another study by the Universities of Birmingham City and Nottingham sheds light on popular Muslim players in Britain.

It says far-right groups release publications that cause Muslims to stay away from soccer as a sport.

This reinforced the failure of British governments to combat growing anti-Muslim sentiments in the British society.

Data by the British Home Office indicates that nearly 50% of the victims of hate crimes in England and Wales in the past year were Muslims.

The data also shows the occurrence of about 2,703 hate crimes against Muslims in that year.

In Germany, far-right and nationalist views of the Alternative for Germany, a far-right party running on an anti-immigrant platform, have caused an increase in Islamophobia in recent years across the country.

According to a report by the German Ministry of the Interior, anti-Islam crimes have become a common occurrence.

It said these crimes include hate attacks, insults, the disruption of religious rites, and the damage of properties.