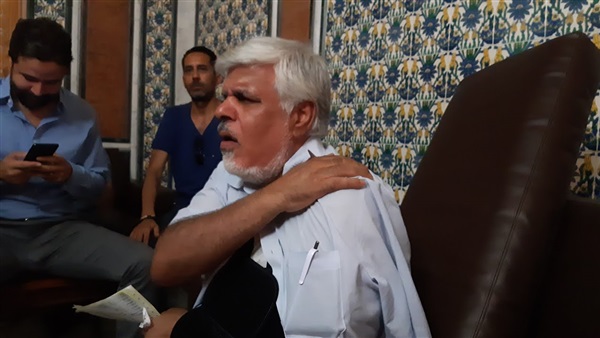 The latest arrest of Sayed Ferjani, a leading figure of Ennahda, the political arm of the Muslim Brotherhood in Tunisia, is stirring up debates in Tunisian political circles.

Tunisian authorities arrested Ferjani on January 1. He faces charges of supporting and participating in terrorist operations in his country.

The Interior Ministry said earlier that it had arrested two people, including Noureddine Bhiri, another leading figure of Ennahda, in the light of articles on the state of emergency in Tunisia.

Bhiri held the position of minister of justice previously.

Sayed Ferjani is a former army officer whose service was terminated by the Tunisian army command. He carries the nom de guerre 'al-Amin'.

He is a member of the secret terrorist militia of Ennahda. Ferjani and other Ennahda senior leaders were involved in a failed coup in 1987.

He was also responsible for the smuggling of arms into Tunisia via the sea.

Soon after the failed coup, Ferjani and was put in jail. He was released by a presidential pardon in 1989 after secret negotiations with the regime of late President Zine El Abidine Ben Ali.

He then fled to Algeria and then to Sudan and the UK.

After the Muslim Brotherhood came to power in Tunisia, Noureddine Bhiri, the former justice minister, appointed Ferjani as his advisor.

Tunisian media describes Ferjani as the ''godfather of terrorism'.

He is the mastermind of recruitment operations in Tunisia for the sake of terrorist organizations operating in Syria and Iraq.

He did this in cooperation with foreign intelligence agencies under the cover of jihad.

In reality, Ferjani did this for money that he channeled to secret accounts in Europe.