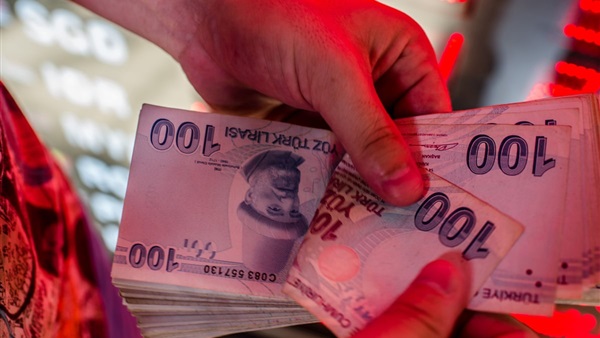 The world’s biggest emerging markets have dodged contagion from Turkey’s currency implosion, but there are other threats looming on the horizon.

Emerging markets such as Russia, Mexico and Brazil are notoriously volatile and prone to getting hit when one of them wobbles. So far, however, Turkey’s problems have been contained. An unorthodox series of rate cuts has plunged its economy into a spiral without causing much damage elsewhere.

The Turkish lira has plummeted, depreciating 35% against the dollar in the fourth quarter so far. The country’s debt sold off with yields on both dollar and lira-denominated bonds rising sharply. Its yield curve is getting increasingly inverted, signaling that the economy’s recession is deepening.

But the rapid deterioration of the country’s economic conditions is considered to be an isolated incident driven by President Recep Tayyip Erdogan’s erratic behavior, investors and analysts said.

Other major emerging-market currencies have remained relatively stable. Unlike Turkey, most of its peers have raised interest rates this year, drawing in capital from foreign investors. Another factor protecting them: Unlike in the past, emerging-markets investors have shied away from Turkey for some time and so haven’t taken a hit from the currency spiral.

“One typical way that contagion would play out is that emerging-market investors sell assets in other areas to offset losses. But because they don’t have a big exposure to Turkey anymore, there wasn’t that forced selling,” said Liam Peach, an economist at Capital Economics.

Foreign investors own substantially less Turkish assets than in the past. Government bondholdings of nonresidents have more than halved since the end of 2019, down to $7.8 billion as of Sept. 15 from $16.1 billion, according to data from Refinitiv. For stocks, foreign investors own nearly 40% less since then.

The steady decline in value of the lira has also eroded Turkish assets’ weight in benchmark emerging-market indexes. They make up 1.1% of JPMorgan’s GBI-EM Global Diversified bond index, down from 5% at the end of 2018. In the MSCI Emerging Markets stock index, it is 0.2%. That means that passive investors that track benchmarks also hold less Turkish assets.

Yet overall, there is some disquiet in emerging markets over the U.S. Federal Reserve’s plans to tighten monetary policy. A broad index of developing-country sovereign bond spreads, a metric of how much extra yield they pay above Treasurys, was recently at the highest level in a year, according to Intercontinental Exchange data.

The Fed signaled last week that it is preparing to accelerate tapering, which could open the door to raising interest rates sooner. This is likely drawing yield-seeking capital from riskier parts of the world into the U.S., analysts said.

It has also driven the dollar up, with the WSJ Dollar Index hitting a 15-month high on Nov. 24 and continuing to hover close by. That makes it harder for governments and companies with a lot of dollar debt to repay it, particularly those with weaker economies and balance sheets.

At the same time, growth is slowing in China, the biggest consumer of commodities that make up a sizable portion of many developing countries’ exports. Emerging-market assets may also come under pressure because populations of developing countries tend to be less vaccinated than in the West, elevating the chances of another debilitating wave of Covid-19.

“We are going through the worst kind of macro scenario for emerging markets,” said Gustavo Medeiros, head of research at Ashmore Group.

There have been net outflows from emerging-market debt funds for the past three consecutive weeks, according to data from EPFR. Equity and currency funds are more mixed, attracting $2.4 billion last week.

Many emerging-market central banks have learned to be more proactive, which has kept their markets more stable, said Nick Eisinger, head of emerging-market active strategies at Vanguard. “Often in the past it would be a reaction,” he said. “Although you could argue that in this fragile recovery, tightening isn’t the ideal situation.”

Turkey’s central-bank policy is an outlier, but some investors are still trading Turkish assets and hoping for a change of government that would lead to a normalization of economic policy.

Mr. Eisinger still holds some long-dated Turkish government bonds, betting that shorter-dated bonds take most of the heat if the country’s problems accelerate.

“It’s a trade that’s played out well,” he said. “The lira will be a tremendous trade if policy becomes more normal. It’s definitely cheap, but the risk is still that it could get cheaper.”