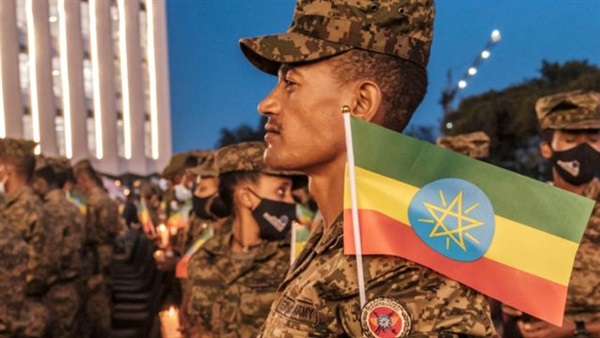 Ethiopian forces recaptured two strategic towns from rebel fighters, the government said late Monday, the latest in a string of victories that signaled the government was regaining its footing on the battlefield after months of major defeats in the yearlong civil war.

Although the circumstances were unclear, the government appears to have regained control of two towns — Dessie and Kombolcha — that are pivotal to both the rebels and government forces, and has shrunk the area controlled by the rebels.

The towns were prized by both sides because they are on a crucial highway that connects the landlocked nation to the ports of neighboring Djibouti in the east, where the majority of Ethiopia’s exports and imports are handled. They are also on an artery that connects to the highway running south to the capital.

The recent claims of battlefield victories amount to a reversal of fortune for the government. Just a month ago, Prime Minister Abiy Ahmed declared a state of emergency, and he later went to the battlefront himself to stave off the ethnic Tigrayan rebels who were advancing on the capital, Addis Ababa.

“Nothing will stop us. The enemy will be destroyed,” Mr. Abiy said on Monday while addressing security forces, in a video aired by the state-run Ethiopian Broadcasting Corporation.

The claims of territorial gains are the latest twist in a metastasizing war that has caused a massive humanitarian crisis and led to reports of massacres, sexual violence and ongoing ethnically motivated detentions.

The government’s communications office said on Facebook that a “coalition of our brave security forces” took Dessie and Kombolcha, which are about 250 miles northeast of the capital. Those assertions could not be independently verified because of a communications blackout in those areas, and it was not immediately clear how events on the battleground unfolded.

But Getachew Reda, a spokesman for the Tigray People’s Liberation Front, acknowledged on Twitter that the rebels were no longer in control of Dessie and Kombolcha, saying they had left “as part of our plan.”

The rebels accuse Mr. Abiy’s government of increasing its use of drones in recent weeks, saying this has resulted in the deaths of civilians and destruction of nonmilitary targets.

The rebels captured the towns in late October, prompting Mr. Abiy to call on civilians to arm themselves and brace to defend the capital. Foreign embassies, worried about the rebel advance, asked their citizens to immediately depart the country.

Mr. Abiy also claimed recently that the government had recaptured the historic town of Lalibela, a UNESCO World Heritage site famous for its rock-hewn churches, which Tigrayan rebels had taken in August.

Now in its fourteenth month, Ethiopia’s civil war has claimed thousands of lives and displaced upward of two million people, with at least 400,000 believed to be facing famine-like conditions.

Because of the continuing conflict, at least 9.4 million people are in need of food assistance across northern Ethiopia, the United Nations Office for the Coordination of Humanitarian Affairs said last week. That includes those recently displaced from the western parts of the Tigray region. The U.N. says several thousand people, most of them women and children, have fled that area in recent weeks.

Urgent calls for a cease-fire and efforts to start political dialogue by the United Nations and African and Western countries have yet to yield any results. And as the war has intensified, the government has called on civilians to enlist, with Olympic heroes like the long-distance runners Haile Gebrselassie and Feyisa Lilesa voicing their support for the war effort.

The yearlong conflict threatens to reverse the hard-won economic gains Ethiopia achieved over the past two decades. When Mr. Abiy rose to power in 2018, he promised to liberalize the economy and privatize state-run companies in an effort to attract investors and boost one of the fastest-growing economies in Africa.

But mounting debt, rising inflation, suspension from duty-free access to the American market, and a sharp increase in the price of basic foods are set to undermine Mr. Abiy’s ambitions, experts say.

Agriculture, a backbone of the economy, has suffered too, with farmers, particularly those in the northern Tigray region, displaced internally or fleeing to Sudan. Last week, authorities closed all secondary schools so that students could help harvest crops to support those who are on the front line.

The ethnic tensions that have fanned the war have also spilled into social media, with Facebook and Twitter coming under scrutiny for their handling of misinformation and inflammatory speech, including that of Mr. Abiy.

After declaring the state of emergency last month, the authorities also began rounding up ethnic Tigrayans, including elderly people and mothers with children, and putting them in overcrowded cells and warehouses where they had no access to proper bedding or food.

The move was condemned by rights groups, who said the authorities were holding people without charges or access to lawyers.

On Monday, six nations including Canada, Australia and the United Kingdom denounced the detentions, saying there was “no justification for the mass detention” of people from certain ethnic groups.

“Many of these acts likely constitute violations of international law and must cease immediately,” they said in a statement. “We urge unhindered and timely access by international monitors.”