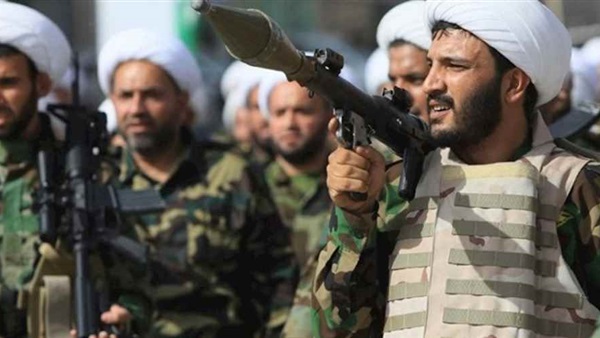 Instead of assuaging the protesters, however, Iranian authorities repress, intimidate and abuse them.

Protests returned to the streets in the central province of Isfahan.

Social media pages reported cases of torture by security forces after the arrest of more than 120 protesters who criticized the government's water management policy.

The protesters raised slogans critical of the authorities and chanted against Iranian Supreme Leader Ali Khamenei, including by calling for his death.

Meanwhile, Iranian media reported that Iranian security forces had plucked the eyes of some protestors out.

A correspondent of the BBC also reported this news, denouncing what he described as 'excessive' violence by Iranian security against the demonstrators.

Hundreds of disgruntled farmers staged a protest recently in the dry stream of the Zayandeh-Rud River, which used to cross the center of the city of Isfahan before it dried up because of the authorities' diversion of its water to the neighboring province of Yazd.

The authorities accused the protesters of bringing in two bulldozers to destroy a pipeline that channels water from Isfahan to Yazd.

Isfahan farmers have been protesting the diversion of water from the Zayandeh-Rud River to supply other areas, which has left their farms suffering from severe drought, for years.

Iranian affairs specialist, Mohamed Ebadi, accused the Iranian government of relying on brutality to instill fear in the hearts of its political opponents.

"This was why the government dealt with the people of Isfahan with such cruelty," Ebadi said.

"It wanted to send a violent message to other protesters who are expected to descend on the streets in the coming period," he added.