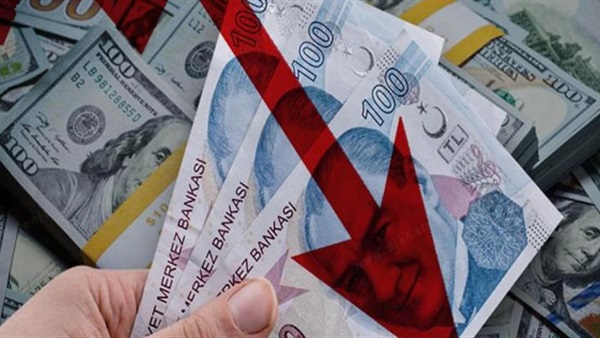 Turkey's economy pays the price of some of the misguided policies of President, Recep Tayyip Erdogan.

This is especially so with regard to the restriction of freedoms and the arrest of thousands of innocent people over the past years.

Those arrested had committed no mistake other than expressing points of view that differ from those adopted by the Turkish president and his government.

One of those arrested in the past period was renowned Turkish businessman, Osman Kavala.

Kavala's arrest and jailing has opened all gates of hell in Turkey, causing endless crises, including a diplomatic standoff between Turkey and ten Western countries, including the United States, Germany and France.

These countries demanded the immediate release of the Turkish businessman. However, Erdogan turned down this demand.

The European Council also took a strict decision to discipline Turkey for its refusal to release Kavala.

In 2019, the European Court of Human Rights ordered Kavala's release and threatened to suspend economic transactions with Turkey.

This is the second time the European Council uses these measures against one of its 47 member states, the first time being in 2017 when a similar measure was taken against Azerbaijan for its refusal to release a political opposition figure.

Meanwhile, local and foreign investors are shuddering at the ongoing collapse of the Turkish lira.

The exchange rate of the lira has reached a fearful low after the Central Bank succumbed to pressures by Erdogan to cut interest rates by 200 points last week.

The decision caused the lira to nose dive, causing the International Monetary Fund to expect the inflation rate to more than double in Turkey and the lira to lose over 50% of its value against foreign currencies, for the first time since Erdogan's election as president in 2018.