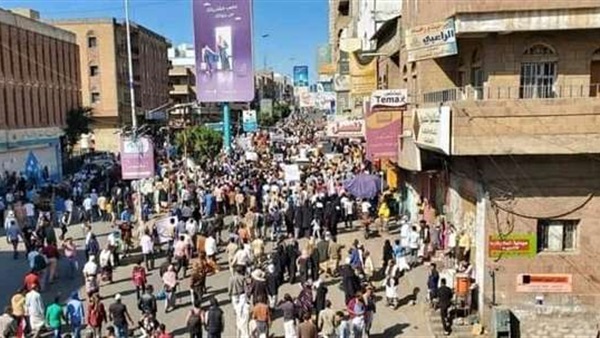 Faculty members in the universities of the Yemeni cities of Aden, Taizz and Hadhramaut have started a comprehensive strike in protest against deteriorating economic conditions and the collapse of the Yemeni riyal.

One US dollar now pegs for 1,700 Yemeni riyals.

The Aden Faculty Council has called on all university faculty members to carry out their legal duty by participating in the strike.

It said in a statement that this participation is necessary if the salaries and the annual bonuses of the members would be returned and health insurance would be provided.

The strikes come in conjunction with the ongoing demonstrations that have been raging on in Taizz for several months now.

These demonstrations have been fueled by corruption, especially among the members and the leaders of the Muslim Brotherhood militia which controls decision-making in the province.

This corruption has opened the door wide for economic collapse and an unprecedented decline in the exchange rate of the Yemeni national currency.

Yemeni provinces controlled by the Houthis are also witnessing continuous protests after the Houthi militia decided to withhold the salaries of civil servants.

The protests are also energized by the Houthis' continuous imposition of levies and royalties on citizens to bankroll their military activities.

This support, the Yemeni president wrote in his letter, will rescue the riyal whose value is declining in an unprecedented manner.

"The protests are also taking place against the background of the intransigence of the Houthi militia which has scrapped all chances for making peace and ending the war in Yemen," al-Taher told The Reference.