How France pivoted to the right 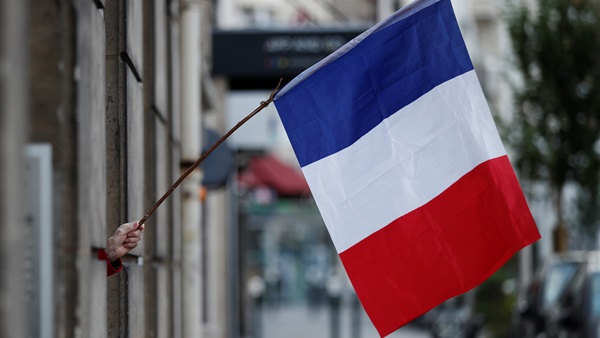 France may be the land of generous social welfare policies and strong labor protections but anyone tuning in to the early stages of the presidential campaign would think the country is pretty rightwing.

Candidates running for president who have promised the toughest lines on immigration and security have benefited from the biggest momentum in recent weeks, while an unprecedented third of the electorate says they are planning to vote for a far-right candidate.

The rise of Eric Zemmour, a far-right TV pundit who says Islam is an existential threat to France and has twice been convicted of inciting hatred, is perhaps the most visible sign of the rightwing wave.

Another is the turn taken by conservatives from Les Républicains (LR), the party of former presidents Nicolas Sarkozy and Jacques Chirac. Crowded out on their left by Macron’s economic liberalism and on their right by the normalization of the far-right, conservatives have hardened their positions on security and immigration in an effort to retain a base.

Eric Ciotti, a hardline conservative who unexpectedly won the first round of the party’s primary last week, has promised to set up a “French Guantanamo” and espoused the far-right theory that the French people are being “replaced” by foreign – Arab, black, Muslim –­ immigrants.

Valérie Pécresse, the President of the Paris region, who beat out Ciotti for the LR nomination on Saturday advocated for the primacy of French law over European law, and wants to keep those imprisoned for jihadism in jail beyond their sentences.

In her victory speech on Saturday, she explicitly called on supporters of far-right leader Marine Le Pen and Zemmour to join her and asserted that Ciotti would play a central role in her campaign.

“I say it to all those tired of unkept promises, exasperated by the powerlessness of public authorities and tempted by Marine Le Pen or Eric Zemmour… unlike the extremes, we are going to turn the Macron page,” Pécresse said.

The polling success of politicians with more strident views on immigration, security and identity have made these central issues in the presidential campaign even if the general French population still ranks purchasing power and environmental issues as more pressing concerns.

With France still traumatized by the 2015 islamist terrorist attacks, that success is due to three factors: perceived French decline, the collapse of the Left, and higher abstention rates among the youth and left-wing voters.

Despite a high standard of living, a permanent seat at the UN Security Council and a country that remains the number one tourist destination in the world, the French perception of their own country’s decline is acute.

“Immigration has emerged as a major concern because the French people are deeply convinced that France is in decline. They feel their country used to be a big global power and now is a small one. When a country feels it’s doing well it, it handles immigration better,” said Gérard Grunberg, a political analyst and researcher.

Only 25 percent of French people say France is not in decline, and a majority say they don’t feel at home like they used to (62 percent); that there are too many immigrants (64 percent); and that there is a need for a strong leader to reestablish law and order (79 percent), according to an Ipsos poll.

It is a pattern French President Emmanuel Macron has struggled to cater to and one that will weigh on his positioning ahead of his reelection bid.

While Macron has succeeded in syphoning off the economically liberal-minded right, at the beginning of his presidency he was accused of being uncomfortable on issues related to crime and islamism.

He has gradually toughened his stance on asylum seekers, expulsions of illegal migrants back to North Africa and increased the budget of law enforcement. He also appointed a hardline conservative, Gérald Darmanin, as interior minister. Darmanin once accused Le Pen of having softened when she said that she didn’t think that Islam was a problem.

Macron’s challenge will be to burnish his credentials on migration and law and order while trying to preserve the center left votes that carried him to the presidency in 2017.

He might be helped on the latter by the left’s current state.

With not a single candidate able to poll higher than 10 percent, according to POLITICO’s poll of polls, it’s no surprise that rightwing themes are dominating the conversation.

Politicians who would normally advocate for issues like purchasing power and climate action have ceded space in the public debate. They have been replaced by conservatives and the far-right who have imposed their preferred themes on cable news and in talk shows.

“There’s a right-wing turn of the electoral body — meaning those who vote — because the youth is much more left-leaning but they have the highest rate of abstention,” said Antoine Bristielle, director of the opinion observatory at the Jean Jaurès Foundation. “Left-wing voters are also much less mobilized than right-wing voters at this stage of the campaign.”

The French people’s simultaneous support for generous social welfare and hardline on immigration, identity and security is not contradictory, however, if viewed in the context of France’s past glory and the way the French state was built.

“There is a real social pessimism in France… we got used to being in a society with tremendous protections, afforded by a strong centralized state. But since the 90s and globalization and successive crisis, we’ve had a feeling that our social and cultural protections are disintegrating and it scares us more than it does people from more economically liberal countries,” Bristielle said.

That explains why half of the French people polled after Zemmour announced his candidacy said they agreed with his statement that they no longer live in a country they know, and that politicians have hid the extent to which they are being replaced in their own society.

Yet, only 24 percent thought Zemmour had the attributes of a head of state.

Established politicians from LR have been trying to capitalize on that by adopting positions close to his, while highlighting their political credentials and stature.

“I’m the only one able to beat President Emmanuel Macron,” Pécresse said after the first round of her party’s primary, in a reference to her experience in government as minister under Sarkozy, and her executive experience as president of the biggest region in France.

She now has to keep her own party united, in order to have a chance to reach the run-off in April 2022, but is already under pressure from the hardline wing of LR.

Ciotti, whose support she will need and who had said prior to the LR primary that he would vote for Zemmour in case of a run-off between the polemicist and Macron, put her on notice Sunday by saying she hadn’t sent the “right message” when she disavowed his proposal for a French Guantanamo.