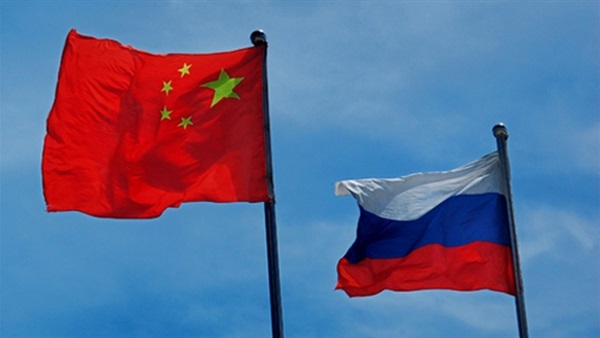 With talks on restoring the 2015 nuclear deal at risk of collapse, the Biden administration faces the prospect of having to rely on two of its biggest international rivals, Russia and China, to end the nuclear standoff with Iran.

Even as U.S. tensions mount with Russia over Ukraine and with China over Taiwan and other issues, Western officials acknowledge that the fastest route to increasing economic and political pressure on Tehran’s new hard-line government runs through Moscow and especially Beijing.

China helped Iran stabilize its economy after the U.S. reimposed sanctions in 2018, pushing it into a severe slump. China has imported up to 700,000 barrels of Iranian oil a day in recent months, according to energy analysis firm Vortexa. China has also used networks designed by Iran to skirt sanctions to carry out other trade, from automotive parts to railway construction.

U.S. and European officials say they believe both countries are open to increasing pressure on Iran, as both have publicly acknowledged the dangers of a diplomatic failure.

Talks last week aimed at restoring Iranian and U.S. compliance with the 2015 nuclear deal, which suspended most international sanctions in return for strict but temporary nuclear restraints, yielded little progress, with Western allies warning the effort was a step closer to collapse after Tehran barely inched from their stance. Negotiations are expected to resume in Vienna this week.

Since the U.S. quit the deal in 2018, Iran has reversed most of the nuclear limits the pact imposed. With much of Iran’s economy already under U.S. sanctions, significant additional economic pressure from Washington will likely have limited impact, many experts say.

Yet bringing Russia and China on board a concerted new multilateral pressure campaign against Iran will probably be slow and difficult.

“Geopolitical dynamics today may lead China and Russia to stand more firmly with Iran than in the past, especially if they conclude that obstructing U.S. and European aims takes priority over preventing regional conflict or nuclear proliferation,” said Michael Singh, managing director at the Washington Institute, a think tank focused on U.S. policy in the Middle East.

For Chinese diplomats, dealing with Iran combines an exceptionally complex set of national interests, including energy security, nuclear nonproliferation, Beijing’s relationship with the U.S. and ties with other, competing Persian Gulf powers.

China signed a 25-year security and economic pact with Iran in March but it also has important ties with Iran’s regional foes, including Saudi Arabia and the United Arab Emirates, which are huge oil suppliers to China. The U.A.E. has become a critical gateway for Chinese exports to the Middle East.

“It’s wishful thinking to expect that the China of 2014 and 2015 is going to return to Vienna,” said Daniel Russel, the State Department’s top diplomat for East Asia affairs during the Obama administration, now at the Asia Society. “I think those days are over.”

Instead of taking a back seat to Russia at the talks, as was often previously the case, China has become more assertive in the Vienna talks, diplomats say. China’s economic ties with Tehran also give it leverage.

“This is a moment of clarity where the Chinese aren’t happy just to be invited to the party,” said Jon Alterman, Middle East program director at the Center for Strategic and International Studies. The Chinese, he said, “are calculating how do they work to advance their interests.”

Those interests appear to be longer term. The more the U.S. is occupied in the Middle East, for example, the less it can focus on building alliances to counter China’s influence across Asia.

China’s crosscutting interests seem to have played out in Vienna since the Biden administration took office and pledged to restore the nuclear deal.

China’s public rhetoric has focused on the U.S. exit from the deal as the prime cause of the renewed nuclear crisis and demanded Washington remove Trump-era sanctions Beijing calls illegitimate. China has also worked to deflect pressure on Iran over its lack of cooperation with a United Nations atomic energy agency probe into undeclared nuclear material found in Iran.

Yet China has also increased cooperation in the Vienna nuclear talks, especially after Mr. Raisi’s government delayed its return to negotiations for five months while stepping up its nuclear work.

According to two European officials, after Iran’s delegation proposed a new draft text last week on its nuclear commitments that removed many of Tehran’s previous concessions, China’s chief negotiator met for three hours on Dec. 1 with his Iranian counterpart to press him to significantly streamline the proposals.

China and Russia “were quite taken aback by the degree to which Iran had walked back its own compromises,” a senior State Department official said Saturday. “I’m not saying that they would share our view entirely but I think they do share a sense of disappointment, to put it diplomatically, at what…Iran has chosen to do with the last several months of preparation.”

While persuading China to cut off Iranian oil imports during a global energy crunch may not be achievable, some former diplomats close to the talks say that if Iran doesn’t shift its approach, the Biden administration might be able to nudge Beijing to more tightly lock up Iranian oil revenues in Chinese bank accounts, as other Asian countries have done.

Russian officials have at times openly expressed their frustration about Iran’s long delay in resuming the Vienna talks. It has also worked at times to soothe tensions between Iran and the U.N. atomic agency.

And while Russia firmly blames the renewed nuclear standoff on Washington, it has been cautious so far in reviving conventional-weapons sales to Iran since a ban expired in October 2020.

“I think Russian frustration with Iran has been building,” said Henry Rome, a director covering global macro politics and the Middle East at Eurasia Group. “Beijing is far more willing to defy U.S. sanctions and give Iran diplomatic cover. At some point, China will lose patience with Iran’s intransigence…But we haven’t reached that threshold yet.”