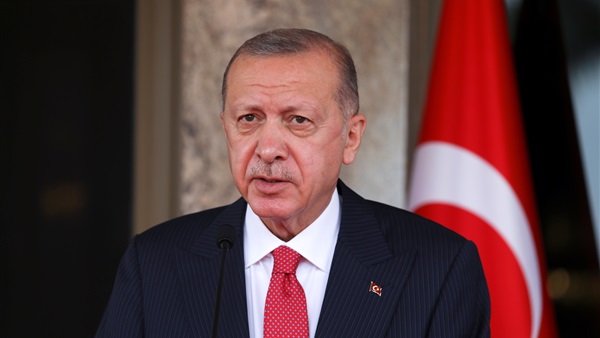 The two-decade economic boom that lifted millions of Turks into the middle class is beginning to unravel, threatened by a currency crisis that has people lining up for subsidized bread, cutting back on meat and fleeing for a better life in Europe.

The Turkish lira has lost as much as 45% of its value this year, making ordinary Turks poorer. The pandemic-era consumer-price increases that have plagued economies across the world are supersize in Turkey, where inflation stands at more than 21%. People here are rushing to trade their shrinking wages for dollars and gold, are eating out less and are having more trouble finding imported goods, including medicine.

The crisis largely stems from President Recep Tayyip Erdogan’s own economic policies, say economists both inside and outside Turkey. After nearly two decades in power, Mr. Erdogan has fired nearly every economic official who had stood in the way of his unorthodox views, and has steered the country down a path few, if any, economies the size of Turkey have charted.

After years in which he has weakened Turkish institutions and centralized power, Mr. Erdogan has now assumed broad control over the economy, with no one within the government to oppose him, former Turkish officials say.

Turkey, a G-20 economy and a leader among emerging markets, is a North Atlantic Treaty Organization ally and a key security partner for the U.S. Financial instability there could ripple through the Middle East. It could also threaten Ankara’s ambitions to become a power broker in the region, where it has acted as a counterweight to Russia while intervening in conflicts in Libya, Syria and Iraq.

The free-falling lira has also fueled concerns that the crisis could tip over into broader financial instability, with economists warning of the risk of a bank run or a credit crunch. It is the most serious test Turkish financial institutions have faced in decades, according to bankers and former Turkish officials.

Mr. Erdogan and other Turkish officials have insisted that the fluctuations in the lira are temporary and are part of a longer-term strategy to encourage exports and transform the Turkish economy to one focused on productive industry. Mr. Erdogan also has blamed the crisis on unspecified foreign interference, and officials from the president’s party have also called on Turks to eat less, sacrificing for the good of the country.

“What you call currency rates rise today and fall tomorrow,” said Mr. Erdogan on Dec. 1. “What you call inflation rises today and falls tomorrow. Production and employment is permanent.” The president’s office didn’t respond to a request for comment.

The country has suffered debt and currency calamities in the last few years, but the current crisis differs from past ones because no one remains in the government to oppose Mr. Erdogan’s unorthodox policies—including cutting interest rates despite high inflation.

Former Finance Minister Lutfi Elvan, seen by officials and analysts as the last voice of mainstream economics in the cabinet, resigned Thursday and was replaced with an Erdogan loyalist.

The lira’s devaluation is fueling discontent among the working and middle-class Turks who form the backbone of support for Mr. Erdogan and his Justice and Development Party (AKP). After years in which he has survived a military coup and steered Turkey through wars and instability in the wider Middle East, Mr. Erdogan now risks a revolt among his political base.

The currency collapse sparked protests in late November in Turkey’s major cities, with crowds of demonstrators chanting for Mr. Erdogan to resign. Riot police lined the streets in Istanbul. Two major opposition figures, including Mr. Davutoglu, have accused the Turkish president of treason. Police detained more than 60 people during protests in several Istanbul neighborhoods, according to a local lawyers’ association.

“We used to cook meat every day. Now it’s just once a week,” said Maryam Atalay, a 58-year-old worker at a lunch counter in Kasimpasha, the Istanbul neighborhood where Mr. Erdogan grew up. “We always voted AKP. Now let’s have a taste of someone else.”

Earlier in his political career, Mr. Erdogan helped make Turkey’s economy one of the fastest-growing in the world and vastly expanded the country’s middle class. As mayor of Istanbul in the 1990s, he brought running water and garbage collection to the city’s slums, helping restore the city’s status as global hub of tourism and trade.

After he became prime minister in 2003, Mr. Erdogan and a succession of AKP-led governments revved up Turkey’s economy with investment in roads, airports and other infrastructure. Ankara accepted billions of dollars in International Monetary Fund loans and modernized its economy, fueling a boom that made Turkey the world’s 16th largest economy by 2014.

In the span of a decade, Turkey became a middle-class country. More Turks bought cars and homes and vacationed in Paris and Rome. Tourism quadrupled. By 2013, Turkey’s economy was more than four times the size it had been in 2002.

Mr. Erdogan has expressed a desire for low interest rates since he became prime minister in 2003, motivated partly by his desire to stimulate the economy and partly by his religious beliefs. A devout Muslim and advocate for a greater role of religion in society, he has cited an Islamic prohibition on usury in arguing to cut rates.

For most of Mr. Erdogan’s time in power, his cabinet, advisers and the Turkish bureaucracy held his rate desires in check. For more than a decade, he was surrounded by technocrats and other members of his own party who understood that central banks raise rates to curb inflation and lower them when inflation is in check.

“It was quite easy,” recalled said Sureyya Serdengecti, governor of the central bank from 2001 to 2006. “He would put out a call for lower interest rates. I wouldn’t say anything, and then we would not cut the interest rate,”

Over the years, his circle of advisers narrowed. AKP leaders departed after clashing with him over the economy and the government’s increasingly authoritarian turn.

Mr. Erdogan’s increasing control over the economy mirrored his expanding power within the Turkish state. Authorities jailed his political opponents, and police beat and tear-gassed antigovernment protesters in 2013. The clampdown accelerated after Mr. Erdogan survived a military coup attempt in 2016 and won a referendum in 2017 that replaced Turkey’s parliamentary system with one dominated by the presidency.

For years, though, Turkish institutions resisted Mr. Erdogan’s unorthodox economic ideas. In 2018 when Turkey’s currency collapsed amid a crisis in relations with the Trump administration, the central bank ignored Mr. Erdogan’s calls for low interest rates.

As recently as this year, Turkey had a central bank governor, Naci Agbal, who resisted pressure from the government and raised rates in an effort to control inflation. In March, Mr. Erdogan fired Mr. Agbal, replacing him with an AKP official who had written favorably of the president’s monetary policy. It was the third time in two years he had fired the head of the central bank.

Even after Mr. Agbal’s firing, the bank resisted rate cuts for months as inflation surged. The bank began cutting interest rates in September. In October, Mr. Erdogan fired two members of the central bank’s powerful Monetary Policy Committee, toppling the last remnants of the bureaucracy that stood in the way of his policies. An even bigger rate cut followed in October.

“This time people see,” said Ibrahim Canakci, a former undersecretary of Turkey’s treasury and former official at the IMF and World Bank. “All the institutions, all the bureaucrats, all the ministers are under his command. He doesn’t have anyone else to blame.”

In November, the central bank cut interest rates for the third time, despite inflation that surged to 21% that month. In a speech a few days later, Mr. Erdogan defended his policy, saying Turkey was fighting an “economic war of independence.”

The speech triggered an investor selloff of the lira on Nov. 23, causing the currency’s second-worst single-day drop ever. For middle-class Turks, the currency crash worsened their already shrinking purchasing power. Some supermarkets rationed sugar and flour. Motorists lined up at gas stations to buy fuel before prices increased.

Suleiman Giray, a 45-year-old tea shop server in Istanbul’s Kasimpasha neighborhood, said he had supported Mr. Erdogan as mayor when he brought garbage collection and other services to their working-class district. Now, he said, he had to stop giving his three children pocket money and buying them extra books to help with their school work. The family had to stop eating meat. The price he pays for tea shot from 120 lira per kilo to 190 lira. His wages have stayed the same.

“We can’t do anything anymore. We have no social life anymore,” he said. “This used to be Erdogan’s fortress. Now, everyone here is outraged.”

Inside the presidential palace, the crisis hasn’t rattled the president or his advisers, according to people familiar with their conversations. As the lira dropped on Nov. 23, the same day frustrations boiled over into street protests, Mr. Erdogan met with his economic team.

“There was no tension, no alarm,” said a Turkish official who was present. “We told the president the same thing we are telling you. There is no reason for concern. Turkey is not going through a currency crisis.”

Temel Karamollaoglu, the leader of an Islamist Turkish opposition party, said he raised middle-class Turks’ economic struggles during a meeting with the president before the most recent rate cut.

Economists say the broad gains that Turkey made over the past two decades have prepared it for this test of its economy, and there are signs its financial institutions may be able to withstand the pressure for a while longer. A recent rebound in tourism and growing exports also provide support to the economy as a whole that could prevent, for now, a full-blown economic crisis.

Mr. Erdogan and other Turkish officials have said that they welcome the depreciation in the lira to encourage an export-based economy similar to economies in Japan and Taiwan. The Turkish president has framed this strategy as part of a broader struggle against Western countries who he has said want to hold Turkey back.

“No matter what they do, they won’t be able to dissuade us from this economic program of ours that is focused on production, employment and the current balance,” Mr. Erdogan said in a speech on Nov. 26.

Some economists have said the strategy is likely to fail because inflation has put pressure on exporters, who now have to pay more for energy and raw materials. Turkish exporters have complained that the wildly fluctuating lira has made pricing impossible.

If Mr. Erdogan desires a weaker lira to encourage exports, it would mark a shift from the government’s recent strategy, in which the central bank spent more than $165 billion in foreign reserves in less than two years to prop up the lira. In December, the central bank said it made two separate interventions in three days to stop the slide in the lira, selling foreign currency despite the a low level of reserves that some analysts believe could be a negative balance.

Turkish banks so far have been able to withstand the currency crisis. But economists are concerned that a further collapse of the lira could trigger a bank run, or that Turkey could default on its foreign debts.

Ordinary Turkish people already are paying for Mr. Erdogan’s gamble through higher electrical bills and more expensive groceries. In a survey taken in October by MetroPoll, a leading Turkish polling firm, more than 80% of the Turkish public said the government was handling the economy badly.

“This time we’re living through a different type of crisis,” said Mr. Canakci, the former Turkish treasury official. “This is a crisis of getting poorer.”