A New Chance at Kingmaking for Iraqi Kurds 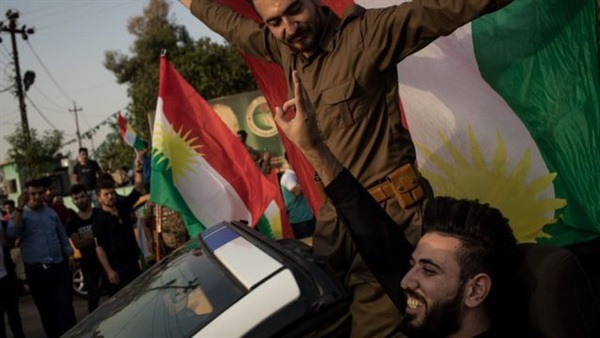 When the dust cleared from Iraq’s October parliamentary election, political factions representing Iran-aligned Shia militias had lost substantial seats and stature. Yet even as the UN Security Council described the vote as “technically sound,” these militias cast doubt on the outcome and tried to kill both the election and the prime minister who oversaw it—in the latter case quite literally, by sending bomb-laden drones to attack his residence. To further distract from their loss, the militias refocused on their longtime bete noire: the presence of U.S. military forces in the Kurdistan Region and broader Iraq, whose mission is slated to shift from combat to training at year’s end

Meanwhile, the election’s top victor, Muqtada al-Sadr, has sought to dominate Shia politics and form a “majoritarian government,” calling on the militias to disarm if they want to join it. The voting results were confirmed on November 30, so negotiations to form the new government will now accelerate. Given the public’s current anti-militia bent, Kurdish leaders have a shot at becoming partners rather than mere participants in the next government if they stand firm and support Sadr. A unified Kurdish political and military front is crucial to preserving momentum against the so-called muqawama (resistance) factions, which ultimately pose the greatest threat to the Kurdistan Region’s stability and economy.

Although the Islamic State (IS) remains a threat in Iraq, pro-Iran militias under the muqawama banner have become the country’s most pressing strategic challenge. And unlike with IS, there is no international coalition against the militias. Hence, the antidote must come from within Iraq.

As in the past, the Kurdistan Regional Government (KRG) has sought to insulate itself from the tumult seen in the rest of the country. Yet airports and urban centers under its control have come under at least eleven attacks since November 2019, some claimed by offshoots of militias that fall under the umbrella of the Iraqi federal government’s Popular Mobilization Forces (PMF). Not even IS managed such deep breaches into the KRG.

Iran-backed militias ultimately aspire to become a state within a state, and isolating Iraq regionally and internationally is key to achieving that goal. By attacking strategic KRG locations such as the airports in Erbil and Harir, the militias seek to deny the United States a nearby fallback option if its forces are asked to leave federal Iraq. Such strikes are also a way of warning Kurdish parties not to play kingmaker as divisions within the Shia house deepen.

To the militias’ chagrin, Tehran congratulated Iraq for holding successful elections and condemned the attempt on Prime Minister Mustafa al-Kadhimi’s life—a possible signal that the militias’ political loss is not necessarily Iran’s loss. Indeed, the Islamic Republic has diversified its influence in Iraq, and certain political developments may work in its favor. For instance, the gains made by Iranian ally and former prime minister Nouri al-Maliki could compensate for the losses by muqawama parties, while the weakened militias may become even more dependent on (and thus beholden to) Tehran despite their frustration with its post-election rhetoric.

For the moment, Iranian officials have set their gaze on Iraq’s crucial government formation process. As Sadr and his rivals vie over the first shot at naming the next prime minister, Qods Force commander Esmail Qaani has warned the Kurdish and Sunni blocs against taking sides in this intra-Shia contest. Perhaps wary of prolonging the infighting, however, the Iranian general has also signaled to the Kurds that they need not wait on the Shia house indefinitely.

This is not to say that Kurdish leaders should take Tehran’s words at face value or follow orders from Qaani. Yet recent developments indicate they have an opportunity to exercise some agency at home amid wavering Iranian redlines. At this point, Tehran may believe that its interests are better served by supporting non-militia political factions in a weak but stable Iraq. The alternatives are slim—Iran has lost the Shia street and clergy due to the predations of its militia proxies, which in turn have awakened Iraqi nationalism.

If Kurdish parties aim to cast their lot with the Iraqi faction most committed to ending militia impunity, Sadr is their best choice at the moment. Like the KRG’s Kurdistan Democratic Party, Sadr’s faction maintains a high level of centralized authority and autonomy in the territory under its control. In contrast, Sunni parties are understandably reluctant to stand up to militias that patrol their townships—though they would likely be more willing to take political action if Sadr and the Kurds find unity of purpose against the muqawama. Kurdish officials failed to reach a coalition agreement with Sadr before the election, with both sides seemingly preferring to negotiate after their parliamentary seats were secured.

To be sure, Sadr is not risk-free for the KRG. His platform of espousing a strong state (whether he can actually achieve it or not) tends to agitate the Kurds and give them deja vu. Yet a weak Iraq has proven equally dangerous for them, as proven by IS and the militias. To secure the disputed territories that lie between the KRG and federal Iraq, the Peshmerga would rather deal with the regular Iraqi security forces than the labyrinth of militias under the PMF.

Like much of Iraq’s political class, the KRG previously believed it could appease the militias and their Iranian patron. This assumption was mistaken, however. Since the 2018 elections, militia officials in government have maintained the KRG budget cuts that Maliki instituted in 2014, while their armed groups have repeatedly attacked Kurdistan with rockets and drones.

The need for KRG leaders to make the tough choice and assume the role of kingmaker is clear, but are they willing to do so? Putting their differences aside and risking confrontation with Iran-aligned factions might seem unimaginable right now, but not if they recognize the long-term stakes. It is increasingly uncertain who speaks for the KRG, since the line of authority between the regional government’s institutions, powerful political figures, and military leaders is increasingly blurred. Yet rather than continuing to bicker over this line, Kurdish parties should empower the Iraqi presidency, their top job in the federal government. Otherwise, they risk succumbing to multiple challenges, including public protests, mass migration, brazen drone attacks, worsening economic woes, and IS attempts to exploit the security gap in disputed territories. In the aftermath of the October election, the Kurds have a chance to find federal partners capable of alleviating some of these challenges.

Abandoned by the Iraqi public and ignored by Iran, the militias are now seeking to hold the country hostage with threats of civil war and renewed attacks on imaginary invaders. Although the odds are stacked against them maintaining their outsize influence, they could prevail again if nothing is done to stop them.

To safeguard U.S. interests, Washington should continue leading international support for Iraq’s sovereignty and security forces as the country works to fend off IS and Iran-backed militias. This renewed support should include the KRG and its Peshmerga forces.

On the political front, Iraq is one of only two states in the Middle East invited to President Biden’s Summit for Democracy this month, so safeguarding the outcome of its election should be an immediate priority. And as the victors negotiate potential coalitions, Washington should stay focused on setting the conditions for what kind of government it is willing to do business with—which means urging Baghdad to bar sanctioned individuals from becoming ministers. Likewise, Washington should not signal who it favors as the next prime minister, but what is expected of him.

Yet the United States should be more assertive in demanding to see the fruits of Baghdad and Erbil’s capacity-building and reform programs. Both capitals are running out of excuses for why militias continue to threaten the state unopposed even though the public gave the muqawama a shellacking on the streets and at the ballot box. The Iraqi security forces and Peshmerga have conducted some meaningful reforms, but these were largely technical military matters and have yet to be matched with a political accord. Rather than excuse them, Washington should press them for results—especially the U.S.-funded Peshmerga. Unified, accountable Kurdish security forces can play a crucial role in curbing the militias’ destabilizing influence and protecting U.S. military personnel stationed in the KRG