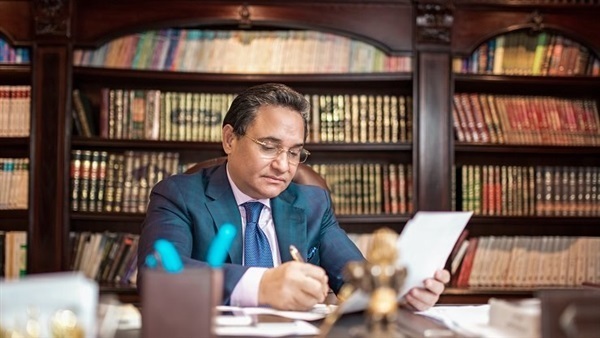 It is always said that the era of great leaders is over.

To me, however, this oft-repeated phrase has nothing true in it.

Great leaders make their presence felt every now and then to give their peoples a ray of hope in the heart of the darkness.

The same leaders dispel our fears and give us - Arabs - hope anew.

This brand of leaders is rare and can be found every quarter or half a century.

His Highness Sheikh Mohamed bin Zayed Al Nahyan, the crown prince of Abu Dhabi, the deputy supreme commander of the Armed Forces, and son of the late Sheikh Zayed bin Sultan Al Nahyan, the founding father and first president of the United Arab Emirates, is one of these leaders.

Sheikh Mohammed is not only an Emirati leader who works day and night in an attempt to make his country a distinguished and prominent place on the stage of the developed world. He has also proven and continues to prove his great and deep interest in the issues of the region and the world every day.

I still remember the remarks he made during my first face-to-face meeting with him in 2007.

It was the first time that a conference of leaders of anti-terror services was held outside the United States. Abu Dhabi was selected to be the venue of the conference.

Sheikh Mohamed received us in a warm manner as he always does.

He took us on a tour to witness an Emirati Special Forces parade. He then asked me a question, but I then realized that it was a joke.

"Won't you stop supporting the Muslim Brotherhood?" Sheikh Mohamed asked me in a joking manner.

In fact, I was taken for a moment and distracted.

"Perhaps His Highness mistook my name for someone else," I said to myself.

I stayed silent for a while, before he looked at me and laughed.

His joke succeeded in breaking the ice between us and Sheikh Mohamed had a special knack for doing this.

His way never fails to endear him to other people and open the door for warm conversations immediately.

In the evening, he invited me to meet him for dinner. Our conversation touched on Egypt and the ambitions of the Brotherhood.

However, one of his remarks has been ringing in my ears since then.

"The ambitions of this terrorist organization will not stop for a moment as far as Egypt is concerned," he said. "It will try again and again."

He expressed confidence that Egyptians would not allow this group to fulfill its dreams at the expense of Egypt and its people.

"We stand with you and we will do everything possible to prevent them, because Egypt, we believe, is a cornerstone of the Arab nation," Sheikh Mohamed said. "The whole region will fall down, if this cornerstone collapses."

This was how Sheikh Mohammed saw Egypt and continues to see it. I do not need to refer to his affection with the people of Egypt. Those who travelled to the UAE get a first-hand experience of Emiratis appreciation for Egyptians.

Egyptian professors, teachers, engineers and doctors contributed over the years to the renaissance of the entire Gulf region, not only that of the UAE.

I remember following the victory of the great Egyptian people on June 30, 2014 and the emergence of the UAE’s great and broad support for the Egyptian revolution.

We formed a popular delegation that included a host of Egyptian patriots to meet His Highness Sheikh Mohammed and thank him for what he did personally, which has not yet been written, and what the Emirates did for the benefit of Egypt and the Egyptians in their legitimate struggle to get rid of the rule of that terrorist group.

Sheikh Mohamed thanked us instead one by one for what we had done in defense of the Arab nation.

"You did not defend your country only," Sheikh Mohamed told us. "You defended the entire nation."

He kept repeating that Egypt is a 'cornerstone' of the whole nation.

Of course, in this short space in which I am trying to celebrate, in my own way, the 5th anniversary of the founding of the UAE, I will not be able to enumerate what His Highness Sheikh Mohamed bin Zayed has done for Egypt and Egyptians, as well as for all humanity.

The space is also very little for what this man did for the solid relations that bind him with President Abdel Fattah El Sisi.

Enemy of the Brotherhood

Sheikh Mohamed was known for his extreme hostility to the Muslim Brotherhood.

After what came to be known as the 'Arab Spring' and the rise of political Islam, specifically the Muslim Brotherhood, to power in Egypt, Tunisia, and Libya, the UAE played an active role.

Sheikh Mohamed took an honorable stance against Islamist groups by realizing their intentions and malicious plans. He knew for sure that they are the tools of the new colonialism and part of a scheme to bring down Arab regimes and armies.

Sheikh Mohamed refused to deal with the Guidance Office of the Muslim Brotherhood and its representative Khairat al-Shater as well as other members of the office.

He knew that Egypt had been kidnapped by the Brotherhood.

Relations between the UAE and Egypt witnessed a severe chill during the Brotherhood's rule of Egypt.

Sheikh Mohamed's awareness of this conspiracy, and his strong standing in the face of plans aimed at dividing the region and helping the peoples of Arab countries, stemmed from the depth of his personality.

This personality has been polished with military and strategic sciences.

His Highness graduated from the Royal Military Academy Sandhurst in 1979.

The spiritual relationship and the components of the Egyptian and Emirati personality are a bit strange.

There is a relationship of love and friendship that binds that two countries together, one that is rarely found anywhere in the world.

The UAE’s strategy towards Egypt is manifest in Sheikh Mohamed's remarks on more than one occasion.

The vision of the leadership in the UAE towards sisterly Egypt is focused on standing behind the Egyptian people to achieve their national aspirations.

The UAE will continue to support Egypt during the next stage to consolidate the pillars of stability and enhance the elements of growth and development to face various challenges to ensure the realization of the aspirations of the Egyptian people.

The same priorities include reliance on human development and investment in Emirati citizen as the real wealth of the nation and eradicating all types of corruption and nepotism.

Sheikh Mohamed believes that unity should be the main pillar of the UAE.

This unity is the source of the nation's survival and strength, and the basis for the cohesion of the Emirati society and its true wealth.

Sheikh Mohamed adopts a tripartite vision that gets inspiration from the past and the present in creating a promising future.

He plans to link the past with the present and the future in a realistic way to a large extent.

Sheikh Mohamed was not satisfied with that link, but rather went back to the future, answering the most important question: What will be the situation of the UAE after the end of the oil era, and the lack of energy resources, which is the mainstay of the economy currently?

He pointed out that the bet for the future is not oil, but rather young people who receive the best education, revealing that the UAE has started clean nuclear energy projects.