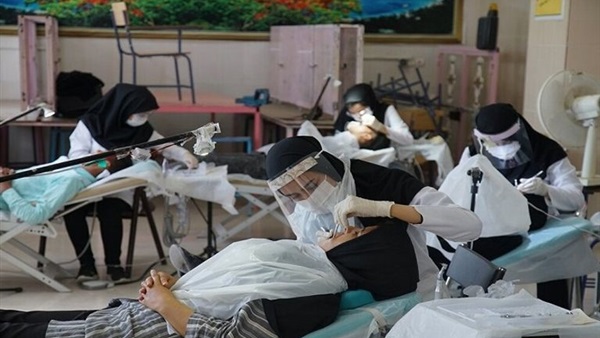 To escape the grip of the strict mullah regime in Iran, many doctors and members of medical staff are fleeing to countries abroad seeking better lives, away from oppression and the deterioration of living conditions inside their country.

The head of the Iranian Medical Syndicate, Mohammad Rezazadeh, acknowledged the increasing willingness of doctors to migrate abroad, warning that the continuation of this situation would push patients to other countries to receive treatment due to the large deficit figures.

Rezazadeh stated that the increase in doctors migrating abroad is due to the lack of appropriate conditions to continue working inside Iran, adding, “Doctors consider leaving the country a good option due to unrealistic wages and difficulties in passing health plans.”

“The soul and body of the medical community have been tired during 20 months of the spread of the corona pandemic,” Rezazadeh told the state-run Javan News Agency, adding, “The problem of low incomes increased their burdens,” directing his criticism at officials in his country.

It is worth noting that these statements came a few days after Supreme Leader Ali Khamenei warned against the migration of academic elites due to the poor economic and living conditions in the country.

The increase in economic problems due to the sanctions imposed years ago on Iran, as well as the restriction of the internet, has increased the desires of many doctors to emigrate.

Mohammad Vahidi, first deputy chairman of the Iranian parliament’s Education and Research Committee, told the government newspaper Hamshahri that Iran is one of the countries with the highest emigration rates among 98 countries that lost their elites as a result of emigration.

The Iranian Revolutionary Guard Corps (IRGC) had previously announced that it would take over the responsibility for managing the corona crisis in the country, instead of the Ministry of Health, which was accused of negligence. However, the situation did not improve, but instead worsened after this decision.

The IRGC dealt with the corona crisis as a biological war waged by the United States against the Iranian regime, and its leaders took measures that had a negative impact on medical staff, which further frustrated doctors and their assistants and pushed them to leave the country.

The IRGC has repeatedly announced fake concoctions that treat the Covid-19 corona virus, but to no avail, and Iran was eventually forced to rely on the outside after a long period of reluctance.