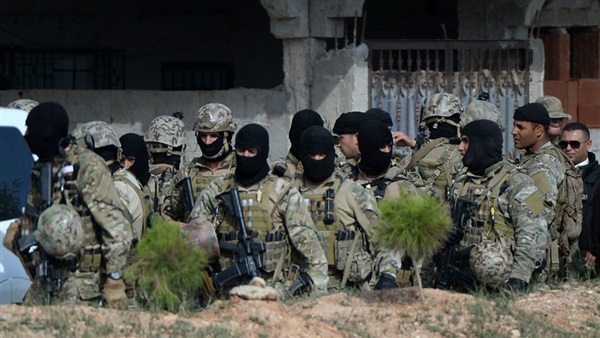 ISIS continues to pose threats to Arab Maghreb and Sahara states, despite the apparent weakening of the terrorist organization and its loss of most of the territories that used to be under its control.

The terrorist group works to gain a stronghold in the region, capitalizing on its tough conditions.

The region suffers rampant unrest and some of its states are locked in disputes, such as in the case of Algeria and Morocco.

The region is also turning into a fertile soil for terrorist groups that tap into poor security conditions in it.

These poor security conditions make it more likely for terrorist elements to infiltrate regional states and carry out attacks.

ISIS sleeper cells are posing great dangers to North African states, especially with a large number of the fighters of the group returning from previous hotspots, such as Syria and Iraq.

Tunisia, in particular, is in grave danger because of these sleeper cells. Nonetheless, it is not alone in this.

Last month, security services in Morocco said they succeeded in intercepting a terrorist cell loyal to ISIS in Tangiers in the northern part of the country.

The cell was made of five members, Moroccan media said.

Its interception was part of efforts by security services in Morocco to abort plans by terrorist organizations, it said.

Sleeper cells popped up as an issue in Libya, especially after the local ISIS branch was defeated in the country.

ISIS elements had fled Sirte, the organization's stronghold northeastern Libya, to other places where they sought hiding.

In doing this, these elements took advantage of deteriorating security conditions across Libya.

However, the same elements are proving capable of crossing into neighboring states from Libya.

A Tunisian national, Ezzedine hails from the southern city of Tataouine. He and his two brothers pledged allegiance to ISIS when they were still in Tunisia.

He confessed that he was responsible for assisting ISIS elements cross into Tunisia from Libya.