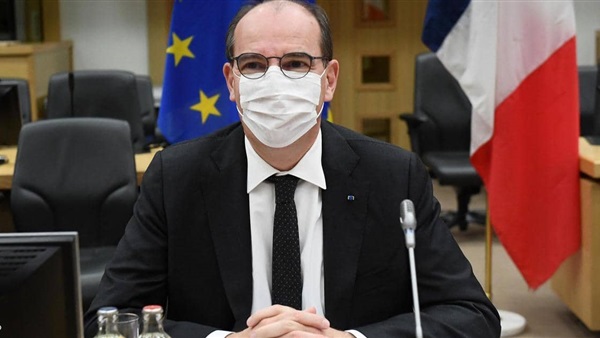 French Prime Minister Jean Castex tested positive for the novel coronavirus on Monday evening, amid rising case numbers in France and much of Europe.

“With the exception of slight symptoms, I am doing well and continue to perform my duties in isolation,” Castex wrote on Tuesday.

Photos showed De Croo and Castex standing side by side without masks inside Egmont Palace in Brussels, although they kept distance from each other. Both wore masks when they greeted each other outdoors with a fist bump and slight embrace.

Castex, who has been fully vaccinated, is expected to be in isolation for 10 days.

The prime minister had already entered quarantine earlier on Monday, after his 11-year-old daughter tested positive for the virus, making Castex a person of contact. The European Medicines Agency has not approved a coronavirus vaccine for children under 12, but has said a decision could be reached this week.

Coronavirus case numbers in France have increased by about 80 percent over the past week. But even as surges in neighboring countries have prompted partial or full lockdowns, the French government has appeared confident that its second-dose vaccination rate of 70 percent puts the country in a better position than many others to cope with another wave of the virus.

France was one of the first European countries to introduce vaccine requirements and a health pass this year, and once-weekly protests in mainland France have largely faded.

But similar requirements prompted violent demonstrations in the French overseas department of Guadeloupe over the past few days.

Castex was to meet with representatives from Guadeloupe on Monday evening but moved the meeting online after he had to go into isolation. In a subsequent video statement, Castex called for calm in the overseas department and reiterated the importance of vaccination, saying it is the only way to cope with the pandemic.

Castex has received two AstraZeneca shots — the first dose in March, to help bolster confidence in the vaccine, and the second in June. So far, most people under 65 years old are not eligible for a booster shot in France.

He became the prime minister of President Emmanuel Macron’s government in July 2020 and was the public face of government news conferences about the pandemic, outlining the country’s vaccination strategy and response to the health emergency.

Castex has quarantined himself for coronavirus exposure several times, including after his wife and Macron were each infected, but he had not tested positive before Monday.