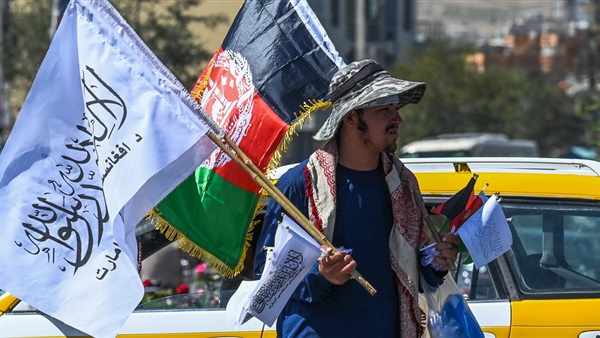 Aid agencies are demanding emergency intervention by the United Nations in the crisis in Afghanistan amid fears a new flood of refugees will try to cross into Iran and head on west.

Half a million Afghans have now tried to enter Iran since the Taliban seized power in August. At least 320,000 of those are inside the country, despite 180,000 having been turned back from the closed border.

Jan Egeland, a senior former UN official who is head of the Norwegian Refugee Council and recently visited Iran, told The Times that hundreds of thousands more were still flocking to the border. He said they were fleeing west to Iran rather than east to Pakistan in part because the ultimate goal for many was to reach Europe.

There is a well-established migration route from Iran via Turkey or Russia to Europe and the UK, leading to recent clashes on the border with Turkey. At the other end, around 35 per cent of all migrants crossing the English Channel on small boats are either Iranian or Afghan, according to figures released this week.

In the face of the worsening crisis, the NRC and a consortium of 23 other agencies have written to the United Nations security council asking it to waive sanctions on the Taliban specifically for humanitarian purposes.

Their letter says relief efforts are being deterred by the fact that many Taliban leaders who are subject to sanctions, first imposed in 1988, are now running ministries which aid agencies have to work with and pay money to for permits, visas, rents and other charges.

“These transactions remain vital to allow the continued flow of lifesaving aid,” the letter says. “Humanitarian actors need legal clarity that these transactions are permitted under the 1988 (sanctions) regime.”

It says that the country is “on a precipice” with the economy on the brink of collapse. “Nearly 23 million people face acute food insecurity with 8.7 million just one step away from famine,” it says.

Afghanistan is overtaking the war in Yemen as the worst humanitarian crisis in the world. The International Organisation for Migration (IOM), a UN agency, says 5.5 million people are internally displaced, more than 660,000 of them by conflict this year alone. Another five million are living outside the country.

Half of the remaining population is said to be suffering from “acute hunger”. The head of the IOM, Antonio Vitorino, earlier this month warned that winter was now coming to the region. “There is a real risk that the deteriorating humanitarian situation will result in increased displacement, vulnerability and suffering,” he said.

Iran has in theory closed its border to refugees, fearful of being overwhelmed. About 950,000 Afghans have returned to their home country from Iran this year, despite the conflict, most of them deported by officials.

The civil aviation authority of Afghanistan said yesterday that Kabul airport has resumed operations and is ready to receive international flights, potentially opening another escape route for those who want to flee the country.

“Technically, there is no problem ahead of international flights,” Mohammad Naeem Salehi, a spokesman told the local press. He added that the authority has reached out to neighbouring countries as well as the international community to check if and when they intended to resume flying to Afghanistan.

The regime’s hardline official stance means there are no organised refugee camps or reception centres for those who continue nevertheless to flow through informal crossing points, with the refugees sleeping out in the open or wherever they can find shelter. When they are held, they complain of being locked in grim detention centres and beaten before being returned to face the Taliban.

Iran is also itself under a tight sanctions regime, especially since President Trump decided to pull out of the 2015 treaty limiting its nuclear programme. Many of the estimated 3.5 million Afghans who were already living in Iran and who had jobs there are now losing them again as the economy deteriorates.

Egeland said that a principal reason for the crisis was that the western aid which had provided salaries to large numbers of people, including government officials and workers, had simply ceased when Nato pulled out.

He said it was now morally imperative for the countries that had created “dependency” in Afghanistan to agree to moderate sanctions and other impediments that prevented aid agencies filling the gap. He has recently visited both Afghanistan for talks with the Taliban, and Iran, which he said was feeling “abandoned” in the face of the crisis.

“There are more people crossing the border every day than there are accumulated altogether on the border of Poland and Belarus, which has got Europe so much worked up into hysteria,” he said.

“So where is the European initiative to avoid ending up in the totally immoral situation of erecting barbed wire and sending the army against desperate migrants?”

The arrival of the refugees in Iran, in addition to the millions of Afghans already in the country, is causing internal strife, with reports of anti-migrant feeling and even violence in some areas.

It is also putting new pressure on the regime’s relations with the West, just as negotiations over rescuing the nuclear deal are due to resume later this month.

A leading article in a state-sponsored newspaper, Jomhuri Eslami, accused the United States of deliberately engineering the crisis to import a “security threat” to Iran. It said that “terrorists” were being smuggled into the country disguised as refugees, in collusion with the Taliban.

“When they came to Iran as refugees after the war with the Soviet Union, the situation was different,” it said. “At that time, the number of Afghans was small, but today they have settled in our country as a weapon and as soldiers.”