Afghan Evacuees, Scattered Around the World, Could Wait Years for Chance to Reach U.S. 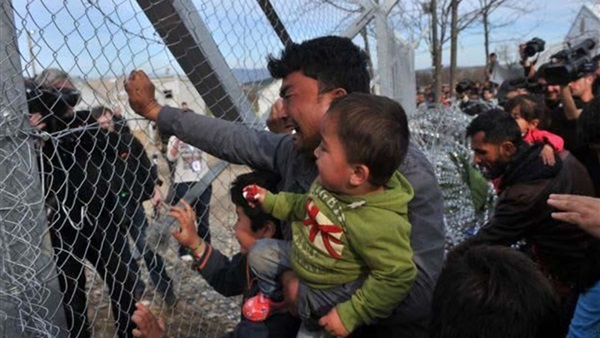 Thousands of Afghans who were evacuated from Kabul after the Taliban seized power in August could be stranded in other countries for years because of backlogs in the U.S. refugee system, according to officials and the groups that helped them escape.

From interpreters to policewomen to judges, many say they were promised—in recruitment pitches for the military and other venues—a chance to come to the U.S. in return for promoting American goals during the 20-year war. Instead, many could wait years to continue their journeys while relying on host governments and private charities to meet their needs until then.

“We don’t know about the process, when we will go, how long we will stay here; people are concerned,” said Arsala, an Afghan aid worker who is now in Uganda with his wife and three children. He asked to be identified by one name only for security reasons. “We are well-deserving people. I worked with the U.S. government for about 10 years.”

As the U.S. ramped up evacuation efforts from Kabul in August, American overseas military bases quickly became overcrowded as some 70,000 Afghans entered the pipeline to U.S. military installations either abroad or in the U.S.

To ease crowding, the Biden administration called on other countries to let Afghans travel through their nations while waiting for visas. Secretary of State Antony Blinken issued instructions in August to consular posts to reassure foreign partners considering hosting some of the Afghans that the U.S. would appreciate their efforts. An internal cable viewed by The Wall Street Journal offered talking points and a template letter to be delivered to those nations.

“We are grateful for all efforts to assist in the safe passage of at-risk individuals attempting to leave Afghanistan, including those from the private sector,” the cable dated Aug. 24 said.

Many governments across Africa, Europe and South America agreed to open their doors on a temporary basis to Afghans evacuated by private groups, such as those composed of veterans or nonprofit organizations. Those groups conducted their evacuations separate from the U.S. military, but in consultation with the State Department.

Most of the Afghans evacuated by the U.S. military have been transferred to domestic bases. It is unclear how long the Afghans in other countries will wait for their chance to come to America, if they are eligible, because of limited opportunities for immigration and resettlement in the U.S. for those without immediate family members who are U.S. citizens or residents.

One option is to apply to the Special Immigrant Visa program, set up for Afghans who worked directly for the U.S. government for at least a year and face Taliban retaliation. But there already were an estimated 100,000 applicants and immediate family members for those visas in the system before the fall of Kabul.

This past summer, the State Department had just succeeded in trimming average SIV processing times from several years to nine months. Since then, thousands more have applied.

“We are working diligently to process the enormous surge in new applications this year,” a State Department spokesman said. “We cannot determine how many of these new applicants have the employment experience with the U.S. government necessary to qualify for SIVs until they are further along in the process.”

For those who don’t qualify for the SIV program, they can apply to enter the U.S. as refugees—a system that was also already under stress after the Trump administration slashed the refugee intake to record lows and some embassies had to stop processing applications because of the Covid-19 pandemic.

According to the National Immigration Forum, a nonprofit that supports legislation to liberalize immigration, the refugee process in the U.S. can take more than two years. There is also a backlog of about 1.4 million refugee asylum requests, according to Syracuse University, which tracks the immigration process.

The State Department last month closed its 24-hour task force that was set up to deal with the Afghan crisis and to establish a permanent team to work on issues relating to evacuees and those seeking help leaving Afghanistan. It also named Elizabeth Jones, a former career foreign-service officer who once served in Kabul, as the coordinator for Afghanistan relocation efforts.

“There’s so much demand pent up, they may be living in some of these places for an extended period of time,” a senior State Department official said, in a reference to the evacuees.

The groups involved in evacuation efforts are calling on the Biden administration to find a way to fast-track the processing of these Afghans.

One of the largest groups of evacuees outside of the U.S. military system is spread across Albania, Georgia and North Macedonia. They were brought there by the U.S.-government-funded National Endowment for Democracy, a foundation that aims to support the spread of democratic ideas.

NED President Damon Wilson said his organization evacuated some 600 people to those nations. He is pressing the State Department to send mobile teams to screen and vet the Afghans in southeastern Europe so they can be moved to U.S. military bases overseas.

The State Department declined to comment on the progress of those discussions.

Beyond Europe, about 50 Afghans are living in Uganda, where they are waiting for visas after Sayara International, a global development firm that has worked closely with the U.S. on aid projects in Afghanistan, used its local African network to charter an evacuation flight to Kampala.

In South America, Afghan evacuees landed in Chile with the help of Marina LeGree, who runs Ascend, a small nonprofit that helps women gain confidence by teaching them to climb mountains.

“Our embassies in these places have an ongoing conversation with host governments about supporting Afghans and what is needed to support these communities because they cannot enter the United States except through the refugee admissions process,” the senior State Department official said.

Arsala, the Afghan evacuee now in Uganda, has filled out paperwork for a SIV in July and has been given a case number, but no guidance on the wait times. His wife is due to give birth to their third child any day, and he worries about his children’s schooling.

“My hope and desire is that my wife delivers the baby in the U.S.,” Arsala said in a telephone interview. “It looks like it will be on Ugandan soil.”