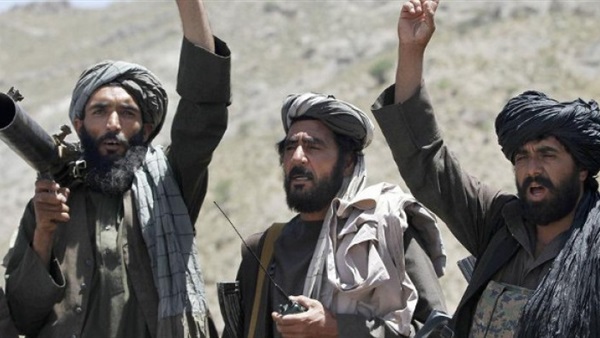 Afghanistan’s opium industry—the main source of heroin sold in the West—is revving back up.

Here in Talukan, dozens of merchants openly trade different grades of opium in a busy new market that has sprung up since the Taliban’s Aug. 15 victory. Plastic bags filled with viscous brown liquid are on display next to metal bowls filled with a jellylike substance as well as solid dark bricks of the narcotic. White banners praising the Taliban’s Islamic Emirate fly from every shop.

In this and other districts of southern Afghanistan’s Kandahar province, the Taliban movement’s cradle, farmers say they are starting to plant poppies on land where they used to grow wheat or corn because a combination of drought, international sanctions and border closures has made legal crops unprofitable.

“Everyone is poor here, and will become even poorer if we don’t grow poppies. There is no alternative: Our other produce simply has no market,” said Salih Mohammad, a 55-year-old father of seven. He said he increased the land under poppy cultivation from 2.5 to 4 acres, or half of his leasehold, this month: “There is no doubt that people here will grow more poppies this year than in the past.”

In late August, shortly after overthrowing the U.S.-backed Afghan republic, the Taliban promised that they would eradicate the country’s multibillion-dollar drug industry, which accounts for 85% of world-wide opium production. Three months later, as the poppy planting season begins, the opposite is happening.

Taliban authorities in Kabul say they remain serious about countering the country’s drug business. Qari Saeed Khosty, spokesman for the Interior Ministry, which oversees antidrug efforts, said Thursday that the Taliban government’s aim is to prevent “the growth and trade of narcotics.”

In the provinces, different attitudes prevail. When a Taliban intelligence official arrived at the Talukan opium market on Wednesday, his only interest was in demanding that visiting foreign journalists leave.

The Taliban governor of Panjwai district, where Talukan is located and where remnants of American bases dot the landscape, argued that Afghanistan, squeezed by U.S. financial sanctions and the worst drought in decades, can’t afford to deprive local farmers of their livelihoods.

“How can we tell them to stop? Who will take care of them?” said the governor, Mullah Seif Alrahman Akhund. “If the international community recognizes our government and we receive aid and development assistance, then poppies will definitely disappear. We can take measures against it, but we don’t want our people to suffer from even deeper impoverishment.”

The U.S. froze more than $9 billion in Afghan central-bank assets after the Taliban takeover and imposed financial sanctions that crippled the country’s banking system. No government has recognized the Taliban’s Islamic Emirate. And while the U.S., other Western nations and the Taliban continue diplomatic contacts, these have led to few practical results.

Meanwhile, the United Nations estimates that Afghanistan’s economy has contracted by about 40% since August, and warns that many parts of the country could experience famine this winter.

Kandahar’s Mirwais regional hospital, the main medical center in southern Afghanistan, is dealing with a rapid increase in child malnutrition cases, many of them severe, according to Dr. Saleh Mohammad, its Taliban-appointed director. “It’s going to be a huge humanitarian crisis,” he said.

Less than an hour’s driving away, farmer Salih Mohammad, no relation, set about sowing his first opium crop since the Taliban takeover. He took off his black turban, crouched and started smashing a mound of dry poppy pods with a dusty brick. Using a sieve, he separated out the beige-colored seeds, mashed them into wet soil, and carried the mixture in the fold of his robe. Then, with large strides, he threw handfuls of that mixture into what used to be a wheat field.

A motorcycle with two Taliban gunmen drove by on a dirt road, paying no attention. The Taliban administration, with its empty coffers, was in no position to intervene, Mr. Mohammad observed. “When the government is poorer than the population, the two won’t have time or energy to bother each other. Anyone will do whatever they want to do,” he said.

Nearby Pakistan, he pointed out, has repeatedly closed its border in recent months, with truckloads of Kandahar pomegranates and other export crops rotting at the crossing: “Our fruits and vegetables become useless when the border is shut.”

Back in 2001, before the U.S. invasion, Afghanistan’s Taliban regime managed to significantly curb opium production, with land under poppy cultivation brought to a tiny fraction of current levels, according to U.N. data. Fears that the Taliban would return to such a policy as they court international recognition caused raw opium prices to surge in late August. The prices have since fallen by about half.

Compared with wheat and other legal crops, poppies require little water. The opium gum can be harvested in as little as five months, and can be stored for years with no need for refrigeration. An acre can yield some 110 pounds of opium, farmers in Kandahar province say, with the current farm-gate price between $20 and $30 a pound, depending on quality.

“Nothing is profitable to grow here except opium,” said farmer Noor Ahmad, a 30-year-old father of six, who said he would have planted poppies on all of his land if he could afford fertilizers.

Middlemen buy the raw opium from farmers like Mr. Mohammad and Mr. Ahmad in the villages and take it to regional markets, such as the one in Talukan. There, wholesalers purchase the stock for heroin labs, mostly in neighboring Helmand province. Refined narcotics are then smuggled via Pakistan, Iran and Central Asia to lucrative markets in Europe and beyond.

“All the profits go to the foreign countries. Afghans are just supplying the labor,” said one of the opium merchants in Talukan, Hajji Abdul Wali Agha, as he sipped tea by a white wall smudged with hundreds of brown opium streaks.

During the 20-year American presence in Afghanistan, the Taliban used the drug business to fund their insurgency. The U.S., after initially backing eradication efforts that pushed more villagers to embrace the Taliban, later focused on an ultimately unsuccessful effort to promote alternative crops like saffron or pomegranates. Last year, the area under poppy cultivation in Afghanistan surged 37% to 554,000 acres, according to estimates by the U.N. Office on Drugs and Crime.

The government of President Ashraf Ghani, ousted in August, formally opposed the drug trade. The opium merchants who now operate in the open in Talukan say they conducted their business dispersed in the Kandahar province’s villages, behind closed doors. Instead of actually trying to eliminate the narcotics trade, however, the former government’s police commanders were mostly interested in extracting protection money, these drug dealers say. The Taliban, they add, don’t interfere with their business—at least for now.

“If the Taliban gain recognition, I am sure they can eliminate poppies within a month,” said Juma Gul, another opium merchant in Talukan.

Farmer Rohullah Alkozai, a 40-year-old father of 13, wasn’t so sure. Because of the drought, he is only able to water half his land. The family barely ekes out an existence.

“We don’t like to grow poppies. We know it’s a harmful substance. We dislike it the most,” he said, taking a small break from shoveling sun-baked earth to prepare it for poppy planting, his shalwar kameez stained by sweat. “But we have no other options. If someone comes to me and tells me to stop cultivating poppies, I will reply: ‘What shall I eat then?’”