Mass Detentions of Civilians Fan ‘Climate of Fear’ in Ethiopia 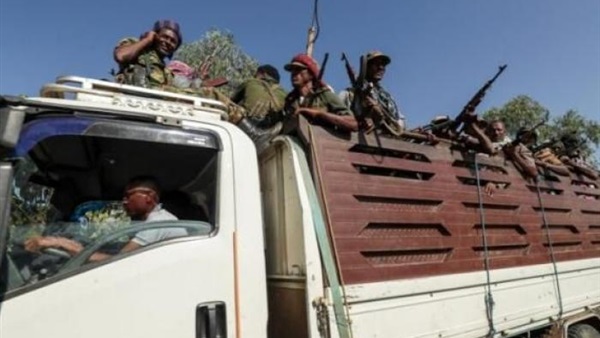 The family was startled awake by a loud bang in the middle of the night on the gate of their home on the outskirts of Addis Ababa, the capital of Ethiopia.

Police officers barged in without a warrant, ransacking the living room and looking under the beds. They seized three members of the family, among them a 76-year-old, one-legged amputee yanked from bed while his sons begged to go in his place.

“They showed him no mercy even after he cried, ‘I am disabled and diabetic,’” said the man’s nephew, Kirubel, who would give only his first name for fear of reprisals.

The family is among hundreds, and perhaps thousands, of Ethiopians belonging to the Tigrayan ethnic group who have been rounded up and detained in the capital and beyond in recent weeks.

For the past year, Ethiopia’s prime minister, Abiy Ahmed, has been waging a grisly war against Tigrayan rebels in the country’s northernmost region. Tigrayans had dominated the Ethiopian government and army for decades until Mr. Abiy took power in 2018 and sidelined their leaders. But since the war began, the Tigrayans have routed the Ethiopian army in Tigray, swept south, recently captured two strategic towns and threatened to advance toward the capital.

On Nov. 2, the government declared a state of emergency, and the resulting roundups have swept up anyone of Tigrayan descent, many of whom had no ties to the rebels or even affinity for them. They were not just young men and women, but also mothers with children and the elderly, according to human rights advocates and interviews with nearly a dozen family members and friends of detainees.

They have been seized off the streets, in their homes and even in workplaces — including banks, schools and shopping centers — and taken to overcrowded cells in police stations and detention facilities.

Tigrayans have been targeted by the police based on a mix of hints: their surnames, details listed on identification cards and drivers licenses, even the way they speak Amharic, the national language of Ethiopia.

The campaign of arrests, which has also been aimed at members of some other ethnic groups, has swept up people in cities across the country, according to information provided by the police, rights groups and opposition parties. At least 10 United Nations staff members and 34 subcontracted drivers also have been seized.

“The state of emergency in force in Ethiopia risks compounding an already very serious human rights and humanitarian situation in the country,” the top U.N. human rights official, Michelle Bachelet, said Tuesday through a spokeswoman. “Its provisions are extremely broad, with vague prohibitions going as far as encompassing ‘indirect moral’ support for what the government has labeled ‘terrorist groups.’”

The ethnically motivated detentions come amid a significant rise in online hate speech, which is only adding fuel to the civil war tearing apart Africa’s second-most populous nation. Reports of massacres, ethnic cleansing and widespread sexual assault by all sides in the conflict have undermined the vision of Ethiopian unity that Mr. Abiy, the prime minister and a Nobel Peace Prize laureate, promised when he rose to power more than three years ago.

The war between Ethiopian federal forces and their allies and Tigrayan rebel fighters has left thousands of people dead, at least 400,000 living in famine-like conditions and millions displaced. It risks engulfing the whole of Ethiopia and the wider Horn of Africa.

Mr. Abiy’s determination to prosecute the war seems to have been only hardened by economic threats from the Biden administration, which has imposed sanctions on his military allies in neighboring Eritrea and suspended Ethiopia from duty-free access to the U.S. market.

Secretary of State Antony J. Blinken, who is traveling to Kenya, Nigeria and Senegal this week, has expressed worry that Ethiopia could “implode.”

As rebels pushed to within 200 miles of the capital early this month, Mr. Abiy promised to defend the capital “with our blood” even as African and Western envoys sought to broker a cease-fire.

Police officials have defended the arrests, saying they were seizing supporters of the Tigray People’s Liberation Front, the country’s former dominant party, which Ethiopia now classifies as a terrorist organization.

Activists, however, say the state of emergency provisions are so nebulous that they give security officials unfettered latitude. The provisions allow for the search of any person’s home or their arrest without a warrant “upon reasonable suspicion” that they cooperate with terrorist groups.

Laetitia Bader, the Horn of Africa director at Human Rights Watch, said “the state of emergency is legitimizing and legalizing unlawful practices” and creating “a real climate of fear.”

Many ethnic Tigrayans say they now fear leaving home. Almost all those who agreed to be interviewed declined to be identified by name for fear that they might be arrested or face retaliation.

Some Tigrayans in and outside Addis Ababa said they were staying with non-Tigrayan friends to evade arrest. Others said they had stopped speaking the Tigrinya language in public spaces and have deleted any music or documents on their cellphones that could identify their ethnicity.

If a phone call to a relative does not go through, they fear the worst.

“I am even afraid to call,” said one Tigrayan in Nairobi, having learned that five relatives and friends had been seized. “It is always bad news.”

While the arrests have included other ethnicities and spread to other parts of the country, most have targeted Tigrayans.

In Addis Ababa, security officers have demanded that landlords identify Tigrayan tenants. In one secondary school, a teacher said four Tigrayan teachers had been taken into custody as they ate lunch after officers arrived with a letter from the intelligence service containing their names.

A merchant in Addis Ababa, 38, was picked up by security officers after he opened his mobile phone accessories shop. A nearby shop owner phoned that news to the seized merchant’s wife, who said she left their two children with a neighbor and rushed to the shop — only to find it closed and her husband gone.

After a three-day search, the wife said, she found her husband in a crowded Addis Ababa detention facility with no proper bedding or food.

In Addis Ababa, rights groups say, police stations are so full of detainees that the authorities have moved the overflow to heavily guarded makeshift facilities, among them youth recreation centers, warehouses and one major prison. With no access to lawyers, some relatives of detainees say they will not approach these facilities, fearful they could be arrested too.

According to three accounts, many detainees are kept in packed concrete cells, with no bathrooms, no food and abusive sentries who call them terrorists. Some detainees use plastic bottles to urinate. Those lucky enough to receive food from family and friends share it.

Fisseha Tekle, the Amnesty International researcher for Ethiopia and Eritrea, called the conditions “appalling” and said they risked sending the country to “the brink of a human rights catastrophe.”

The roundups have intensified as activists warn of a rise in social media posts inciting violence against ethnic Tigrayans.

Journalists, political figures and government-allied activists have all taken to platforms including Facebook and Twitter to call ethnic Tigrayans “traitors,” urge authorities to place them in “concentration camps” and encourage neighbors to “weed” them. Commenters on some posts listed neighborhoods where Tigrayans lived in the capital and urged the authorities to remove them.

Twitter also disabled its Trends section in Ethiopia, citing “the risks of coordination that could incite violence or cause harm.”

Timnit Gebru, an Ethiopian-born American computer scientist who spotted and reported some of the posts on Facebook, said the measures were insufficient and amounted to “a game of whack-a-mole.”

For now, many Tigrayans worry that it’s only a matter of time before they are seized. One businessman, who paid a $400 bribe for his release, said officers had told him they would come for him again.

It’s a fate Kirubel said he worried about as his disabled uncle and cousins remained detained.

“My children worry that I will not come back when I leave the house,” he said. “Everyone is afraid.”