How the Belarus Standoff Is Unlike Recent Migrant Crises 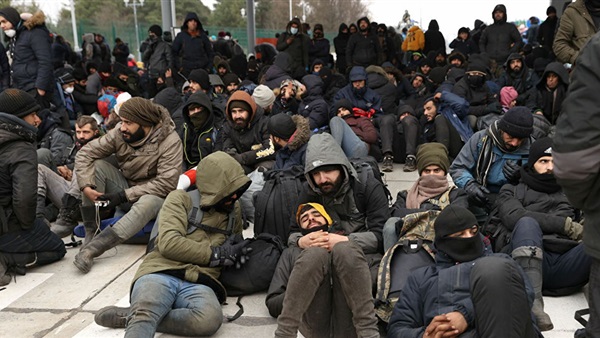 But the standoff at the border between Belarus and Poland, where thousands of migrants are camped in a freezing forest — and several have died — differs sharply from those crises in its origins, relative scale and implications.

First, this appears to be an orchestrated crisis, created by Aleksandr G. Lukashenko, Belarus’s autocratic ruler, to cause trouble for the European Union.

Belarus allows little in the way of independent news media or political opposition. Lukashenko’s claim last year to have won re-election with 80 percent of the vote was widely seen as a farce, and hundreds of thousands of people protested.

The authorities suppressed the demonstrations with force. In response, the E.U. imposed sanctions on Belarus, which is not a member of the union, and Mr. Lukashenko dearly wants them lifted.

In recent months he has allowed in thousands of visitors who want to reach the much freer, wealthier countries of Western and Northern Europe. That means first getting into one of the E.U. member countries that border Belarus — Poland, Lithuania or Latvia.

The number of people flowing through Belarus grew sharply in August, most of them Afghans. It surged in the past month with people from Iraq and Syria, many of them ethnic Kurds.

Mr. Lukashenko and his government deny deliberately using migrants to unsettle the E.U. — while repeatedly threatening to do just that. But the evidence is compelling, starting with the country’s liberal granting of visas to people with one-way airline tickets to Minsk, the Belarusian capital.

Some migrants have reported being taken to the E.U. borders by the Belarusian authorities, who have urged — or even forced — them to cross. They say these authorities gave them wire cutters to breach fences, helped tear down barriers and prevented them from returning to the cities.

As many as 4,000 migrants at a time have been camped at the Polish border, aid groups estimate, and there are perhaps 10,000 to 20,000 over all in Belarus — far fewer than the millions who fled Syria or the million forced out of Myanmar.

But the numbers are more than enough to set off tensions in Europe, where the politics of migration are raw. This is as much a political crisis as a migration one.

The right-wing governing party in Poland has long called non-European migrants a threat to Polish culture and sovereignty, and its response to the current situation has been predictably heated. It describes the conditions as an attack by Belarus, and has deployed thousands of troops to keep migrants out.

In 2015-16, more than a million people, primarily Syrians, poured into Europe. The resulting backlash buoyed right-wing nationalists across the continent, and ever since, mainstream politicians have been loath to embrace immigration.

Six years ago, some countries, notably Germany, welcomed migrants, while others, including Poland, refused to accept more than a few, clashing with E.U. leaders. But there was no danger of armed conflict between them.

Now, no one is offering to take the migrants, even as they suffer through life-threatening conditions. The E.U. is united behind Poland, which is portraying itself as the first line of defense for the bloc, and Warsaw and Minsk have traded ominous threats.

Migrants, but Not Always Refugees

Many of the Middle Easterners in Belarus are economic migrants who do not appear to qualify as refugees, though that does not make the danger they face — at least 11 have died in the cold — any less real.

International accords define refugees as people with legitimate fears of violence or persecution, and give them a right to asylum. Many people in the migrant flood of 2015-16 were fleeing wars.

The repressive governments in Syria and Afghanistan still pose a severe threat to many of their people, but the wars there have quieted and Iraq is relatively secure.

But many of the people now in Belarus left Iraq and Syria seeking economic opportunity. They would not qualify for asylum.

The Polish and Lithuanian authorities have reportedly abused migrants, forcing them back into Belarus without hearing their asylum claims, which rights groups say violates international law. Now the migrants are trapped in a potentially lethal clash.

“We became like a chicken in a cage in the hands of Belarusian and Polish police,” Bayar Awat, an Iraqi Kurd stuck at the border with his wife and infant daughter, said in a telephone interview.

A Shroud of Secrecy

In contrast to many migrant crises, it has been all but impossible for outsiders to fully know what is happening.

Poland and Lithuania have barred journalists and human rights groups from the borders, which include some of Europe’s wildest regions and few remaining primeval forests.

Belarus also kept reporters away for weeks, but has begun giving them limited access, presenting itself as the humanitarian actor and Poland as the villain.

The Polish authorities are engaged in a cat-and-mouse game with migrants along the roads and dirt tracks that run through the woods on their side of the border. Anti-immigrant sentiment in the region is strong; activists who try to help migrants have found their cars smashed.

Even so, aid groups and individuals have gone into the forests and villages just outside the two-mile-wide exclusion zone from which the Polish authorities have barred all nonresidents. They hang bags with food, water and other supplies from tree limbs for migrants to find.

But they rarely see those they are trying to help, only the traces they leave behind — food wrappers, former campsites, paperwork in Arabic, and even a boarding pass for a flight from Damascus, Syria, to Minsk.