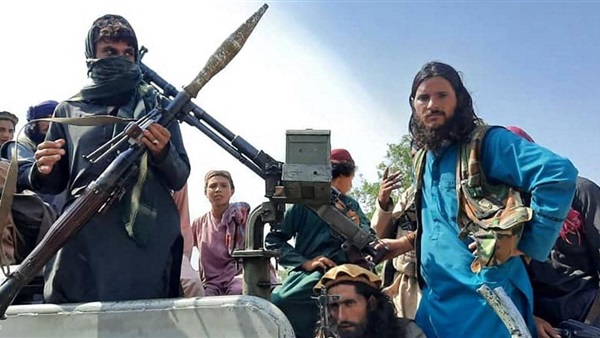 Going house to house in January 2001, Taliban fighters rounded up hundreds of men in this Shiite town and nearby villages. Then they executed their captives, leaving piles of bodies in the snow-covered fields.

These days, a Shiite flag lauding Imam Hussain, Prophet Muhammad’s grandson, flies next to the Taliban’s white banner atop Yakawlang’s district government compound. Most of the Taliban fighters and officials here are local Shiites who joined the Sunni Islamist insurgency years ago, as the downfall of the American-backed Afghan republic became increasingly likely. Bitter memories of the 2001 killings, they say, influenced this switch.

“Last time, they came and did whatever they wanted here because they were strangers. People were really afraid of facing the same violence again, and so now we’ve come here to prevent it,” said Mohammed Hassan Hamdard, a Shiite native of the area who said he joined the Taliban’s Islamic Emirate of Afghanistan 12 years ago.

“We don’t want other people to govern our people,” he added, surrounded by a dozen Shiite gunmen. “We are accountable to the leaders of the Islamic Emirate and are committed to their rules and principles. On the other hand, they have also committed to preventing individuals from creating problems for our people.”

In a way, this emergence of Shiite Taliban, here in Afghanistan’s central Bamiyan province and other Shiite-populated areas, shows how the country’s new rulers are trying to blunt the sectarian divide and position themselves as a pan-Afghan national-liberation movement that has successfully ousted foreign occupiers. Most of Afghanistan’s Shiites, roughly one-fifth of the country’s population, belong to the Hazara ethnic group.

“We have never told anyone that they are Shiite or Sunni, we are saying that they all are our brothers. The discrimination is finished among the communities. We are here to serve everyone,” said Bamiyan’s newly appointed governor, Abdullah Sarhadi, a former inmate of Guantanamo Bay who served as the Taliban’s security commander for the province in 2001.

As Mr. Sarhadi, an ethnic Pashtun, made the point in a reception room packed with gun-toting Taliban fighters, his aide Abdullah Ayubi added, “I am a Shiite and I am his soldier. There is no problem between Shiites and Sunnis in Bamiyan province.” A Taliban gunman wearing a red Pashtun cap interrupted, “Not just in Bamiyan, there is no problem between the Shiites and Sunnis in the whole of Afghanistan.”

Reality isn’t as rosy, of course. The Taliban’s main rival, the far more extremist Islamic State organization, considers Shiites to be heretics and seeks to physically exterminate them—just as it had attempted to do in Syria and Iraq. The group has carried out a series of suicide bombings targeting Shiite mosques, schools and hospitals throughout Afghanistan in recent months.

The Taliban’s new outreach to the Shiite minority goes only so far. Hundreds of Hazara families were displaced by Pashtuns in parts of the Daikundi province in September. The community’s sole representative in Afghanistan’s new government, dominated by Pashtun Sunni clerics, is a deputy minister of health. In Bamiyan province, overwhelmingly populated by Shiites, the most senior Shiite official is Mawlawi Mahdi, the provincial director of intelligence. That is a far cry from the prominent role that Shiites enjoyed in the U.S.-backed Afghan republic.

“We have lost everything that we used to have,” said Amir Kawsari, a Hazara civil-society activist in Bamiyan. “We are in political isolation and don’t have any rights as a citizen.”

Afghanistan’s Hazaras have been marginalized and persecuted through most of the nation’s history. In the late 19th century, Afghanistan’s Emir Abdulrahman violently put down Hazara uprisings, killing or selling into slavery thousands as he dispossessed Hazara villagers and handed out their lands to Pashtun settlers. During the previous Taliban regime, in 1996-2001, many parts of Bamiyan and other areas in the Hazara heartland of central Afghanistan remained under the control of Hazara warlords, with continuous fighting.

The Yakawlang massacre of 2001 occurred hours after Taliban fighters seized the town from the retreating forces of Hazara warlord Karim Khalili, and exacted vengeance on Shiite civilians. Two months later, the Taliban destroyed Bamiyan’s two giant Buddhas statues that were carved out of the rocky escarpment in the sixth century, sparking world-wide condemnation. Though the Taliban’s ministry of information and culture now sells brand-new $6 tickets to the site of the Bamiyan Buddhas, the country’s rulers say they have no regrets about the statues’ destruction.

“It was not a mistake then, and we don’t think it’s a mistake now. It’s against our faith,” said Mawlawi Sediqullah Shaheen Musafir, Bamiyan’s new security chief. “Even our prayer isn’t accepted if there is a photo in front of us.”

“The Shiite community was not cooperating with the Taliban in the last 20 years, except for a few people working with them on a very low level,” said Mohammad Akbari, deputy head of the council of Afghanistan’s Shiite clerics who represented Bamiyan in the former republic’s parliament.

Weeks before the fall of Kabul, Mr. Akbari reached out to the Taliban, asking them not to enter Hazara areas until after seizing the Afghan capital so as to avoid unnecessary bloodshed. The Taliban took control of Bamiyan without any resistance once former President Ashraf Ghani fled the country on Aug. 15, triggering the republic’s collapse.

“The Taliban captured the country by force, but they haven’t done a lot of violence since then,” said Mr. Akbari, who recently met the new Taliban regime’s foreign minister and deputy prime minister. “First, we must think about how to prevent the Shiite community from being harmed. Second, we want to be part of this government as Afghan citizens, so that we also have ministers, deputy ministers and ambassadors. For both goals, we need to be in contact with the Taliban and cooperate with them.”

In Yakawlang, set along a fast-running river fringed by snow-capped mountains, Mr. Hamdard, the Shiite Taliban security official, on a recent day engaged in a heated discussion with a group of Pashtun Taliban who arrived in a sport-utility vehicle with the plates from the eastern province of Nangarhar. Documents in hand, these men said they wanted to enforce the repayment of a debt by a local man. No such action should be taken without coordination with Yakawlang’s local authorities, Mr. Hamdard retorted. The Pashtun men eventually left.

Still, few local residents believe that the Shiite Taliban now in charge of the district, such as Mr. Hamdard, possess any real authority. “They are here just for show,” scoffed Sayed Kazim, a 60-year-old merchant who lost 30 members of his extended family in the 2001 massacre. “The Taliban appointed locals who know this area so that they could collect taxes from local people.”

Already, he said, Pashtun men from neighboring provinces have appeared in Yakawlang, claiming ownership of the area’s land—a prelude to possible expulsions and confiscations.

When Mr. Khalili’s troops precipitously withdrew and the Taliban entered Yakawlang in 2001, Mr. Kazim, like many other men, fled to the mountains in the early morning. “Then, the Taliban came here during breakfast, and took people from their homes as if they were chicken,” he recalled.

Once Mr. Kazim came down to the district town three days later, swollen bodies lay frozen in a field. Surviving villagers piled them up and took them to their mosque in a Russian-made Kamaz truck. There was no road past the mosque at the time, and so they had to carry the bodies to the hilltop cemetery on their shoulders, he said. “It was hard because not that many able-bodied men were left to do the job.”

Ahmad, who takes care of the memorial to the massacre’s victims that stands in Yakawlang’s center, was initially also rounded up by the Taliban but managed to escape and hide among the trees. Five of his relatives died that day.

This past August, once the Taliban returned to Yakawlang, Ahmad hid out for seven days in the mountains, fearing another massacre. Then, he cautiously returned home. A 42-year-old who uses only one name, Ahmad said he hasn’t had any dealings with the new Shiite Taliban governing the district so far.