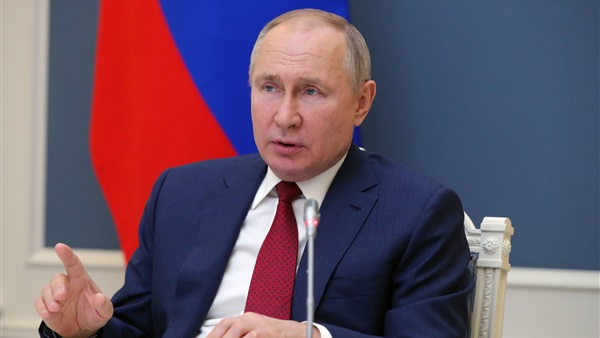 Thousands of people huddle in flimsy tents and makeshift shelters enduring freezing, squalid conditions in the forests of western Belarus. Already cold and hungry, some are ill. Others are dead. More will follow in the coming days, shipped to Minsk with the regime’s promise of “package deals” and then bussed to the border for a do-or-die attempt to reach western Europe via Poland. In this new kind of war, human misery is ammunition.

These migrants are victims of a high-stakes game of geopolitics played to expose the West’s weaknesses, heighten internal tensions, stoke divisions and shred its credibility.

Behind all this is Russia. Inherently a weak country, it has an economy the size of Italy’s and abundant internal and external difficulties. Yet it employs a cocktail of deceit and decisiveness that leaves us flummoxed. Proxies — such as Belarus — give the Kremlin plausible deniability. Putin’s spokesman rejects as “crazy” any suggestion that Russia might have a hand in the migrant crisis and blames the EU for it.

Yet the truth is that the Minsk strongman Alexander Lukashenko is wholly dependent on the Kremlin for the cash and muscle he needs to stay in power. One brief phone call from Putin would be enough to make him back off.

The Kremlin and its Belarusian satellite state are in effect running a protection racket: statecraft on the lines of the Sopranos. “Nice border you have there — shame if anyone broke it . . .” Sergei Lavrov, the Russian foreign minister, has even suggested that the EU pay Belarus to contain the migration flows, citing a deal with Turkey in 2015.

Putin and Lukashenko can do this because the West is impaled on a dilemma about migration. Population growth, climate change, war, poverty, hunger and misrule are fuelling the movement of millions of people from the Middle East, African countries and elsewhere. Yet voters in western countries have made their opposition to mass migration clear. Politicians cower before their displeasure. The result is people dying on our borders. Our professed humanitarian values are stretched to breaking point.

The result is to enrich private people-traffickers and to cede political power to the countries that engage in it. Russia trialled this in 2016, shipping migrants to its border with Finland. That ended only when Helsinki agreed to end a freeze on bilateral relations with Russia imposed after its attack on Ukraine.

“In the Kremlin’s foreign policy instruments, the threat of directing migration flows has become a form of pressure which can be used to shape bilateral relations,” a report by the OSW think tank in Warsaw said. The use of migration undermines public trust in the authorities and polarises political opinion. Both suit the Kremlin’s long-term aim to divide and rule.

Poland is a prime target for these tactics. It is the military linchpin of Nato’s efforts to defend the Baltic Sea region against any possible Russian aggression. Yet Poland is diplomatically isolated after picking a fight with Brussels over the government’s attempt to politicise the judiciary. Many liberal-minded Europeans detest its hard line on abortion and gay rights. A state-run media empire specialises in overblown rhetoric.

There is indeed plenty to criticise. The Polish authorities’ longstanding hostility towards Muslims and non-European migrants has intensified amid the border crisis. Officials have blocked media coverage and voluntary efforts to provide humanitarian help. In the eyes of the world Poland looks callous.

But to demand that the authorities in Warsaw simply open their borders to thousands of migrants is to play the Kremlin’s game. Any success in crossing the frontier illegally encourages more to try the same route. Controlling borders is a key part of statehood. Poland, so often occupied by foreign powers, will not give in to outside pressure on this.

Western attention should focus instead on the causes of the crisis, in Minsk and in Moscow. Despite abundant warnings and wake-up calls we have failed for years to get to grips with the threat these rogue regimes present. Lukashenko has been murdering his critics and rigging elections for two decades. In May he forced down an international flight to kidnap a critic.

Russia’s charge sheet is even longer. It murdered Alexander Litvinenko in London in 2006, launched a cyberattack on Estonia, a Nato ally, in 2007, started a war in Georgia in 2008 and attacked Ukraine in 2014. It has repeatedly attacked our political system using dirty money and disinformation. Our reaction has been feeble. The contemptuous use of a lethal nerve agent in Salisbury in 2018 showed how little the Kremlin is bothered by our displeasure.

Most other western countries are no better. The failure of leadership in the European institutions, and in France and Germany, has been shocking, and goes back for decades. Warnings from the Baltic states and other countries have been systematically ignored. The Obama administration tried a “reset” with the Kremlin in 2009, with predictably disastrous consequences.

“Putin is feeding off the West’s feeble response to his provocations from the Balkans via Poland to the Baltics. He won’t stop until we push back,” says Arminka Helic, a British peer specialising in foreign affairs.

That is certainly the story of the migration crisis. Western countries have done little more than express concern — sometimes with added adverbs such as “deeply” and “gravely” — that bounce off the Kremlin walls like snowballs.

The hollowness of this is savagely characterised by an anonymous Twitter account, @DarthPutinKGB, who lampoons not only the Kremlin strongman but also the West’s weakness.

For now the Kremlin holds the initiative. It can switch the migration crisis off. It can turn to another target, such as Lithuania or Latvia, or to countries further north. Or it can crank up the exodus. For his part, Lukashenko has threatened to cut gas transit supplies to Europe. Russia slapped down that warning, though it has been systematically stoking Europe’s winter gas crisis by its own actions.

The Kremlin has ostentatiously sent its nuclear bombers on sorties and ordered snap military drills in Belarus involving elite paratroopers. This is supposedly to counter Nato’s “military build-up” on its borders, which includes a small contingent of British troops. Russian-imposed logic leaves the West in a trap: any attempt to defend our borders is a provocation — not to react is to surrender.

This could flare up further, by design or accident. Yet the real target in all this is probably not Poland. What is really worrying western military planners is the situation in Ukraine, where fighting has been sputtering since 2014, when Russia seized Crimea and stoked an insurrection in two eastern provinces. A growing military presence on Ukraine’s northern border prompted a hurried visit to Moscow this month by Bill Burns, the CIA chief who runs the Biden administration’s relationship with Russia. In a one-on-one call with Putin, he delivered a blunt message to his host, warning him against any aggression against Ukraine. The Kremlin responded by upping the pressure. US intelligence chiefs have briefed their European allies that Russia may be planning a further attack on the lines of 2014.

This is part of a wider picture. Like rain dripping through a leaky roof, Russia’s influence penetrates the weakest points in the landscape.

Take the western Balkans: largely off the radar for decision-makers since the wars of the 1990s. The tempting prospect of eventual EU membership was thought to be enough to encourage much-needed economic and political reforms, keep outside mischief-makers away, and ensure peace. But locals’ patience and western credibility has eroded, particularly since an EU summit in the summer put any further membership talks on hold. Russia and China are making hay as a result.

Europe’s most fragile country, Bosnia and Herzegovina, is in its deepest political crisis for more than two decades. Even sober observers think armed conflict is again a possibility. Russia’s chief ally, the Bosnian Serb strongman Milorad Dodik, is advocating de facto secession for his ethnic statelet, saying he will pull out of the country’s remaining constitutional institutions such as the armed forces, tax collection and the legal system. That would set the stage for more ethnic cleansing, massacres and refugees — and even more Russian meddling.

Dodik rules over just 1.2 million people and an economy of £5 billion. Yet he is able to defy the EU, which is more than 300 times larger. As with Putin and Lukashenko, the reason is simple: a failure of western leadership. If the US, the EU, Nato and this country cannot even deal with small threats, what chance do we have in the great geopolitical contest of the century: managing our relations with China?

Sanctions on the airlines that bring the migrants to Belarus would be an easy early step. Belatedly, that seems to be under consideration. More important would be a UN-backed humanitarian intervention, providing urgent aid for the people stranded on the border.

But these are just short-term fixes. What the West really needs is a systematic response to attacks that fall short of actual fighting. The modish term for these is “hybrid warfare”, though the old Soviet-era term “active measures” encapsulates them perfectly. The arsenal of such weapons is huge, and includes assassinations, corruption, cyberattacks, diplomatic and economic pressure, dirty money, disinformation, espionage, organised crime and propaganda, as well as the current one: stoking migration flows. These tactics are used in fast-changing combinations and often outstrip individual governments’ attempts to counter them. Our response is fragmented.

Hopes were high that Biden would get to grips with this. The US has made unexpected progress in dealing with corrupt international money flows, with new laws against “kleptocracy” gaining unprecedented support in Congress.

But the administration’s top priority is China, on which it finds its European allies mostly useless. As a result, Europe is slipping down the agenda: why should the US care more for the continent’s security than the Europeans do, officials in Washington ask.

With good reason. Germany is leaderless until a new government takes office, and even then is unlikely to shoulder the political responsibilities that go with its economic weight. Emmanuel Macron, deep in his re-election fight, has no spare political capital. Britain could be moving on from Brexit to rebuild our vital security ties with the EU. Instead, Boris Johnson stokes a needless row over the Northern Ireland protocol.

While our leaders dither, bicker and grandstand, our enemies are hard at work. No wonder they are winning.