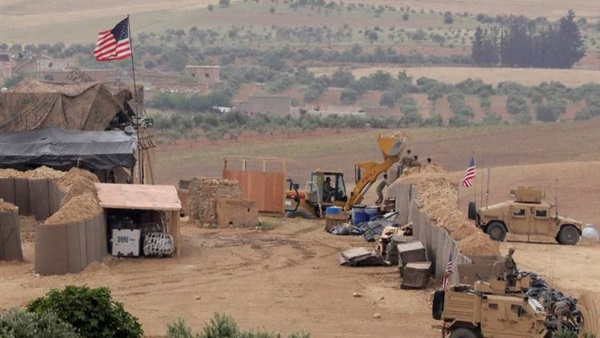 Ismail Qaani, the head of Iran's Quds Force, met Hezbollah leader Hassan Nasrallah in Beirut on 27 October to brief him on Tehran's strategic priorities, top of which is the departure of US troops from Syria. Iran's position is of concern to Kenneth McKenzie, head of US Central Command (CENTCOM), who fears for the safety of the US Special Operations Command (USSOCOM) troops who are still deployed in the small Al-Tanf Garrison which was targeted by 5 armed drones during the night of 20 October.

The attack by the pro-Tehran Shi'ite militia Kataib Hezbollah which officials at the base were tipped off about the day before, was led by Mohamad Reza Falah Zadeh, Pasdaran chief Hossein Salami's staff representative. The attack was directed from the T4 Syrian rear base which lies to the west of Palmyra and houses Iranian drones built by the Aircraft Manufacturing Industrial Company in the petrochemicals factory in Ispahan.

While deploying some Popular Mobilization Forces, or Hashd al-Shaabi, militia groups, the Pasdaran also intends to rely on Hezbollah's Radwan Division, currently deployed in the centre of Syria, to step up pressure on the US troops.

Beyond the militia fighters still present in support of the majority Kurdish Syrian Democratic Forces (SDF) in northeastern Syria, those in Al-Tanf, where the Syrian, Iraqi and Jordanian borders meet, continue to hamper the movement of Iranian troops and their proxies. The garrison remains protected by a 55km deconfliction zone that was negotiated in 2017 directly with Moscow, and which has limited the use of air space.

In the face of the growing threat, Washington continues to rely on its Syrian allies in Maghaweir Al-Thawra, which was initially created under the CIA's Train & Equip programme in cooperation with Jordan's General Intelligence Directorate. Originally intended to fight Syrian President Bashar Al Assad's regime, the faction's mission has been modified in accordance with changing US priorities in Syria. Its fight was redirected against Islamic State (EIS) in 2016 and it has since shifted again to focus on Iran. Maghaweir Al-Thawra openly communicates about exercises conducted jointly with the Inherent Resolve coalition forces, whose clearly dissuasive aim is directed at Iranian forces more than residual IS cells.