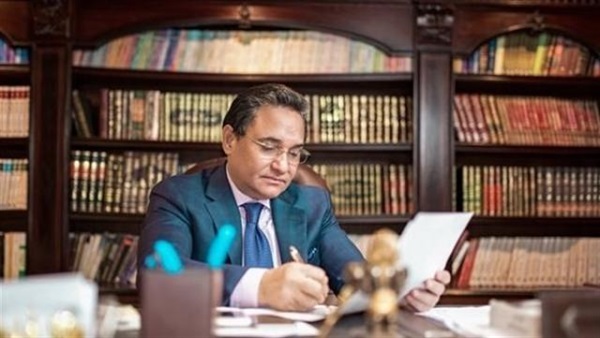 Dr. Abdelrehim Ali, head of the Center for Middle East Studies (CEMO) in Paris and London, strongly condemned the failed attempt to assassinate Iraqi Prime Minister Mustafa al-Kadhimi, calling on all Arab countries and the international community with all its organizations and states to stand by Iraq in confronting all terrorists who are trying in vain to prevent the country from restoring its health and role and consolidating its security and stability.

In a statement issued on Sunday, November 7, Ali said that this despicable terrorist act targets the Iraqi state and destabilizes security and stability, stressing the need to prosecute the perpetrators of this cowardly terrorist act, reveal their identity, submit them to urgent trials, and take all measures that guarantee confronting terrorism in all its forms in Iraq to maintain the security, stability and sovereignty of Iraq and the aspirations of its people for security, stability and development.

Dr. Ali appealed to all parties, political forces and the Iraqi people to give priority to the higher interests of Iraq, to renounce violence and join hands in order to preserve the stability of the state and achieve the hopes of the brotherly Iraqi people for a better future, and to stand united behind the legitimate institutions inside Iraq against all that threatens its security and stability or undermines the cohesion of its internal front. He expressed his full confidence that such cowardly and miserable terrorist acts will not discourage Iraq from completing the march of national achievements, the latest of which was the holding of parliamentary elections last month.

Iraqi Prime Minister Mustafa al-Kadhimi survived a failed assassination attempt by a booby-trapped drone that targeted his residence in Baghdad at dawn on November 7, in an attack that no party immediately claimed. Kadhimi responded by calling for “calm and restraint.”

The attack resulted in two minor injuries among the ranks of Kadhimi’s personal guards, according to an Iraqi security source. It occurred at a time when the country is experiencing severe political tensions against the backdrop of the results of the early parliamentary elections, which were held on October 1. The political blocs represented by the Popular Mobilization Forces (PMF), an alliance of Shiite factions loyal to Iran but affiliated with the armed forces, rejected the preliminary results of the elections, which showed a decrease in their number of seats in the Iraqi parliament.