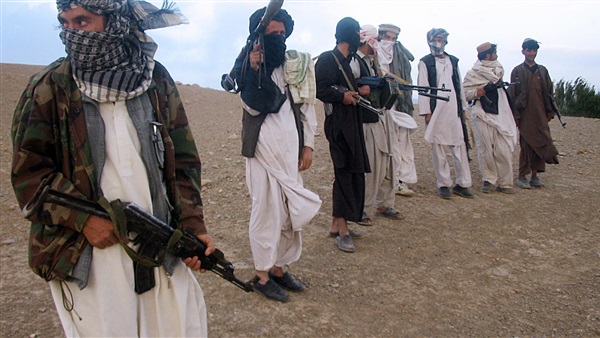 In conjunction with the pressures implemented by the Taliban to gain international recognition, a new trend is emerging for the possibility of removing the movement from the list of terrorist organizations. The Kremlin announced that the process of delisting can be launched is the UN Security Council embraces the idea, which confirms that if the United Nations decides on such a matter, Russia does not have the right to have an independent mechanism in this regard in order to obtain economic and logistical assistance.

The Taliban welcomed the statements made by Russian President Vladimir Putin about the possibility of removing the movement from the list of terrorist organizations. Abdul Qahar Balkhi, spokesman for the Taliban’s Foreign Ministry, said, “With the end of the war season, the countries of the world must also bring about positive change in their relationship and approach towards Afghanistan,” stressing that the movement strives to establish good relations with the international community on the basis of the principle of reciprocity.

Kabulov, who is also director of the Second Asia Department of the Russian Foreign Ministry, added, “The de-listing process can be launched when the UN Security Council adopts a resolution opposite to the one it previously adopted that the Taliban is a terrorist organization... When the new resolution is issued, it will be possible to start the process.”

UN is the decision maker

During the Valdai International Discussion Club, which was held on Thursday, October 21, Putin explained that the decision to remove the Taliban from the list of terrorist organizations belongs to the United Nations, noting that things are moving towards embodying this step.

“The issue is It does not lie in the position of Russia, and as you can see, we cooperate with representatives of the Taliban and invite them to Moscow and communicate with them in Afghanistan... The matter is that these decisions were taken at the level of the United Nations, and we all expect from the Taliban, who controls the situation in Afghanistan, that things will work out in a positive context,” Puting said, noting that Russia will take its decision on removing the Afghan movement from the list of terrorist organizations based on that, and that his country will be in solidarity with the United Nations in its decision.

Meanwhile, in the US Congress, Republican calls to include the Taliban on the terrorist list escalated in September, as a number of senators called on the US administration to include the movement on the list of terrorist organizations. They wrote a letter to President Joe Biden saying, “The current version of the Afghan government poses a great danger to the United States,” noting that “the (Taliban) movement, since re-establishing its control over Afghanistan, has resumed its criminal and repressive habits, which it was practicing before the arrival of American forces in 2001.”