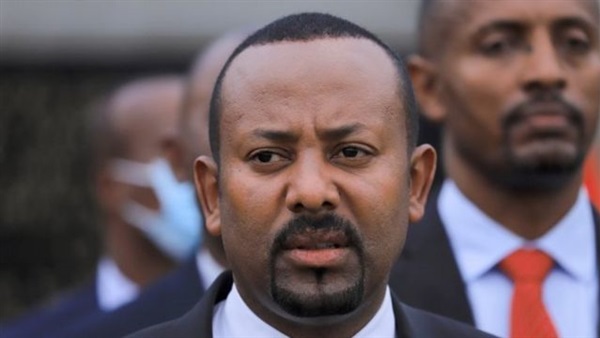 A few days after taking the oath of office for a new term as Prime Minister of Ethiopia, Abiy Ahmed decided to launch a violent attack by air and land on the Amhara region in the northern Tigray region, posing a challenge to the international community, which has repeatedly expressed its fears over the humanitarian crisis he has caused in the country, humanitarian sources told AFP.

The same sources confirmed that the bombing affected many areas in Amhara on Thursday and Friday, amid increasing speculation about a major attack by the Ethiopian forces on Amhara.

Getachew Reda, a spokesman for the Tigray People's Liberation Front (TPLF), said that there is a major offensive against the region, explaining that the TPLF has been engaged in a bloody conflict with the pro-government forces in northern Ethiopia for nearly 11 months.

Reda confirmed that the bombing was mostly aerial with drones and artillery, in addition to large military reinforcements, adding that tens of thousands were mobilized in the vicinity of the northern parts of Amhara, including the regions of North Gondar and North Wollo.

Reda expressed his confidence in the Tigray forces' capabilities to confront the attacks launched by Abiy Ahmed's forces, adding, “We are confident that we will confront the attack on all fronts... and we will not retreat until the siege is finally lifted.”

The confrontations erupted in November 2020, when Abiy Ahmed sent soldiers to the Tigray region to oust the TPLF, the former rulers of the region, in a move allegedly in response to the TPLF’s attacks on the Ethiopian federal army camps.

Although the government forces took control of the cities and towns of Tigray for about five months, the TPLF was able to impose control over most of the region, including the capital, Mekelle, by the end of June 2021.

Since that time, the battles have spread to the regions of Amhara and Afar, which resulted in a major humanitarian crisis, according to a United Nations statement, where hundreds of thousands are facing famine-like conditions as a result of the war triggered by the Ethiopian prime minister.

The violent confrontations also resulted in the killing of a large number of civilians, as well as the massacres and mass rapes committed by the Ethiopian army, in addition to the displacement of nearly two million people from the region.

It is noteworthy that Abiy Ahmed's government sparked a great international outcry last week when it expelled seven senior officials from the United Nations, accusing them of interfering in Ethiopia's internal affairs, exacerbating fears about the humanitarian repercussions in Tigray.

In turn, UN Secretary-General Antonio Guterres said that more than 5 million people need humanitarian assistance in the region and that the Ethiopian authorities should allow the international organization to deliver aid without hindrance, as Tigray is in a de facto siege that prevents most of the aid from entering.

While Ethiopian officials claim that the TPLF is the reason for blocking aid, the US State Department announced in September that access to basic materials and services was being obstructed by the Ethiopian government.